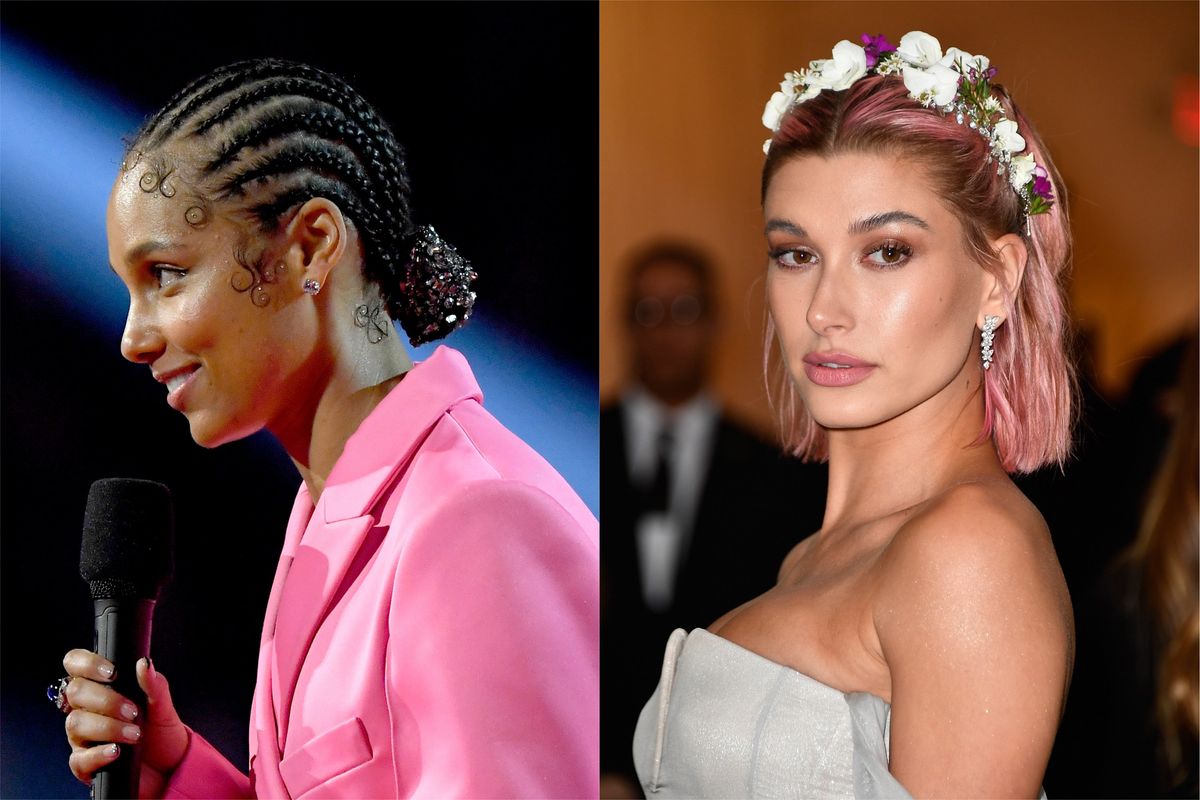 Since launching her namesake label 15 years ago, Jennifer Behr has become one of the go-to hair accessories designers for magazine shoots and celebrity dressing. Her intricate (and fragile) headpieces quickly made a name for themselves thanks their couture-like construction and fanciful embroideries.

Now, for the first time, Behr is introducing a digital archive of her most extravagant designs that have never been sold before, including Alicia Keys' Grammys custom crystal hair wrap and the floral headpiece Hailey Bieber wore to the 2018 Met Gala. Other styles will include accessories worn by the likes of Lady Gaga, Madonna and Jennifer Lawrence—as well as several headpieces from the set of Gossip Girl. (The launch will go live on Behr's new website.)

"We used to make a lot just for press and for shoots and for editorials, and I feel in those days that a lot of things were much more intricate and sort of dramatic," Behr tells PAPER. "And I was like, I would just love to be able to showcase some of this history, because a lot of our newer customers don't really know that history of the brand."

It was that early celebrity exposure that allowed Behr to continue experimenting with elaborate, custom headpieces, quickly attracting retailers like Bergdorf Goodman and Henri Bendel. Eventually, she broadened her collections to include more commercial (yet still ornate) pieces like embellished knit hats and a jewelry line in 2017.

Some of the moments that she remembers fondly include her humble roots when she first started out. "In the beginning, I really made everything myself. [laughs] It was just me in my living room, and so we would get these requests for editorial making all these wild turban pieces. It was in Italian Vogue, and it was in Numero, and then Rihanna was wearing it around and people at that point were a little more experimental and fun, because it was a new category."

One of her first hits was a loose crystal head wrap, which at the time in 2007 no one was really making other than for bridal occasions. She once got a call out of the blue from Mark Townsend, a celebrity hair stylist, and, without really knowing who he was, sent him a bunch of the head wraps not realizing they would soon be seen on everyone from Natalie Portman to Jennifer Lawrence.

"And we also, in those years, made all these pieces for Lady Gaga," she says. "And that was really incredible, because this was right around the meat dress era. I think people forget about how sort of extravagant and extreme she was in the early days. But what's also amazing was that she would commission all of these pieces."

"So her stylist would call up and be like, 'She really is looking for something with lace,' or like, 'We're thinking about this sort of thing, and theme,' and they just let you have full creative control. And you would say, "I think it's going to be two or three thousand dollars for these materials, and all the handwork on the pieces,' and they were like, 'Sure!' And she just, I think, really wanted to support young artists and their creativity."

Fast-forward to today and, despite the everything going with the pandemic and its effect on the fashion industry, Behr believes people are craving a bit of escapism and beauty. She hopes her digital archive will do just that as each of the pieces tell a unique story.

"You're not going to huge parties, and you're not doing things, and you're not going to events, so the things that you are choosing to bring home at this moment, I think, are just sort of these more private moments of escapism or joy, rather than a really public display," she says. "I think that there's something about jewelry or headpieces that are very intimate. They're worn on your head, or close to your heart—and I think that can be personal for a lot of people."