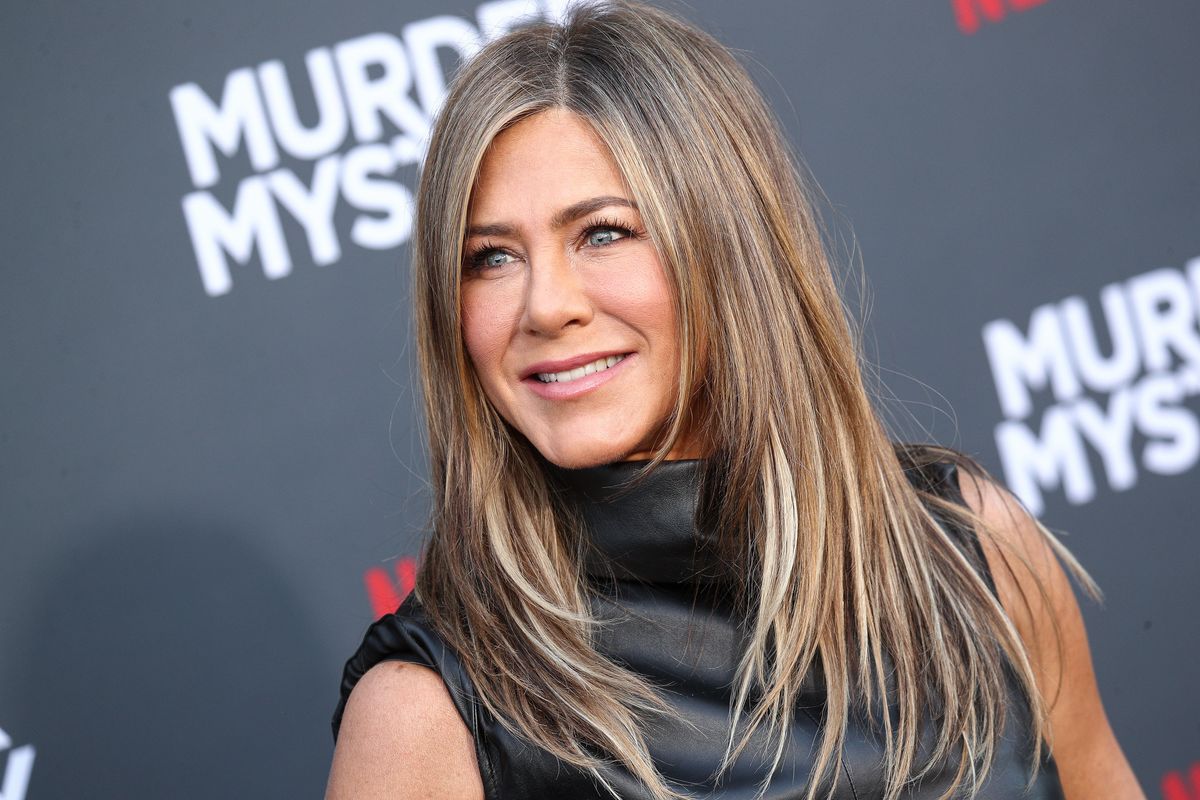 Jennifer Aniston, who was dubbed as the World's Most Beautiful Woman by People in 2016, hasn't shied away from sharing her extensive skincare routine throughout her career. In 2012, Total Beauty added up the cost of her comprehensive beauty regimen, which was estimated to come up to $141,037 a year. And now, the Friends actress has revealed she uses a 24-karat gold sculpting bar to tone her face.

For InStyle's October Beauty Issue, Aniston credited moisturizing at an early age along with using a $195 vibrating gold bar for her perpetually glowing skin. "I think it's because my mom told me to start moisturizing when I turned 15. I've been using Aveeno since I was a teenager," she said, adding how the super luxe bar, created by friend and makeup artist Jillian Dempsey should be used. "It feels so damn good to put oil on your face and just roll."

Aniston isn't the only dedicated fan of the coveted bar. Celebrities like Trace Ellis Ross, Reese Witherspoon, and Kristen Stewart have also previously mentioned using the sculpting tool. "This luxe, breakthrough bar helps the skin look lifted and toned with each vibration," the product description reads. "Ideal for men and women, the Gold Bar's vibrations mimic the effects of a massage, instantly relaxing facial muscles to release tension."

In addition the bar, the star also incorporates a glass of celery juice, along with super expensive treatments with a steady stream of facialists across the country including Georgia Louise in New York, Melanie Simon in California, and Lupita in Beverly Hills, among others.