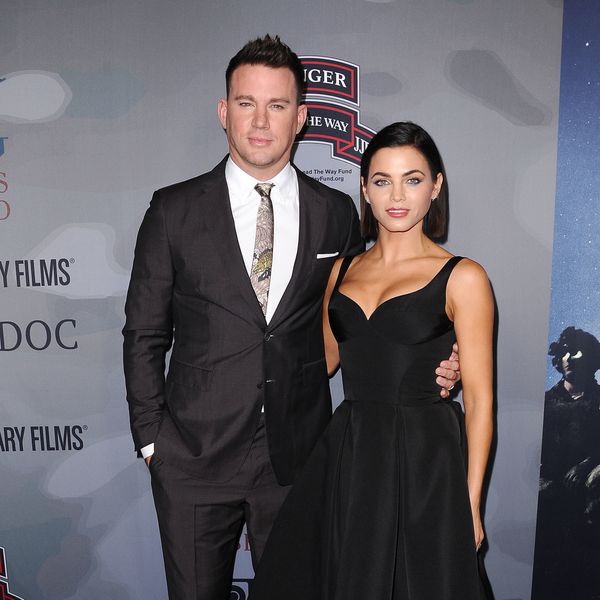 Brace Yourselves: Celebrity Breakup Season is Upon Us

It's officially breakup season. Gigi Hadid and Zayn Malik called it quits a few weeks ago, Jennifer Aniston and Justin Theroux ended their marriage in February, and indie's favorite power couple Lena Dunham and Jack Antonoff are officially over, too. Now, Channing Tatum and Jenna Dewan Tatum, who met on the set of Step Up in 2006, are separating after almost 9 years together.

People broke the news, publishing a joint statement from the two that says,

"We have lovingly chosen to separate as a couple. We fell deeply in love so many years ago and have had a magical journey together. Absolutely nothing has changed about how much we love one another, but love is a beautiful adventure that is taking us on different paths for now."

They went on to assure us that they are still going to support each other and co-parent their 4-year-old daughter, Everly, adding, "There are no secrets nor salacious events at the root of our decision — just two best-friends realizing it's time to take some space and help each other live the most joyous, fulfilled lives as possible. We are still a family and will always be loving dedicated parents to Everly. We won't be commenting beyond this, and we thank you all in advance for respecting our family's privacy. Sending lots of love to everyone, Chan&Jenna."

Channing Tatum on Instagram: “This is what it looks like when a little tyrant fairy artist holds you down and makes your face look “better”.”

Speculations of the split began when Dewan Tatum attended the Vanity Fair Oscars after party alone, but were seemingly dispelled by the wholesome pictures the two posted of the makeover their daughter gave them merely two weeks ago. Still, it seems like a good sign that they will be able to successfully co-parent despite their separation. And, nine years is a long time to be in a relationship, regardless of whether it ultimately works out or not.

This uncuffing season, pray for Chrissy Teigen and John Legend, the only celebrity couple as publicly cute and seemingly perfect as Channing Tatum and Jenna Dewan Tatum were.