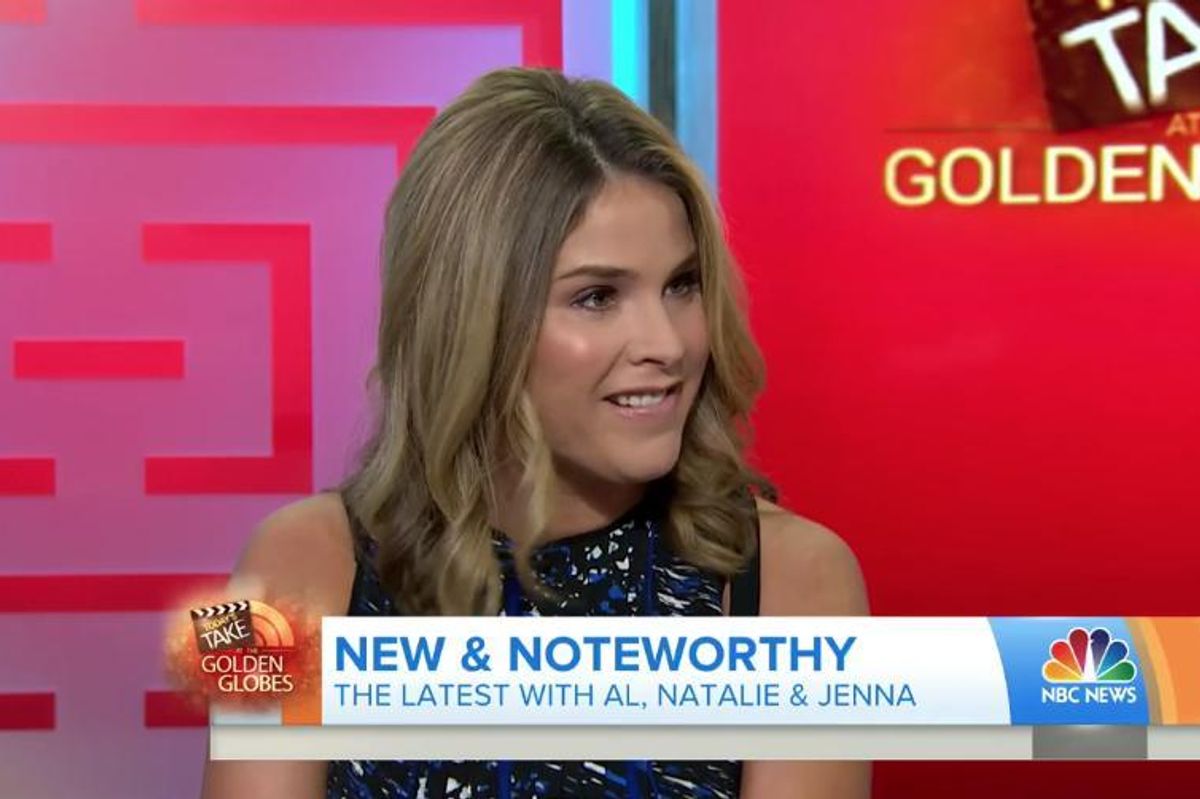 UPDATE: Michael Keaton, who also called it Hidden Fences, while presenting Best Supporting Actress on stage, apologized via TMZ for his flub.

His sentiments seemed...less sincere than Jenna's.

TODAY show host (and former First Daughter) Jenna Bush Hager had the internet stirring after her supremely cringeworthy red carpet moment with Pharrell Williams, when she mentioned the movie he scored, Hidden Fences.

Unfortunately for Jenna, that movie does not exist, and Pharrell scored Hidden Figures, about the untold story of three African American women astrophysicists who helped jumpstart NASA's space program; Fences, starring Viola Davis and Denzel Washington, based on a play about an African American family in the 1950s.

The problematic moment, whose implications are truly unfortunate, and speak to the larger race problem in Hollywood, was met with outrage on Twitter.

This morning, Jenna owned up to her flub, and apologized on air.

The TV host mentioned how she had seen both movies, and thought they were "brilliant," and blamed the hectic nature of the red carpet for her not thinking.

If I offended people, I am deeply sorry. It was a mistake because as y'all know I'm not perfect. What I didn't want to do is make anybody feel lesser than what they are.

Watch her apology below.