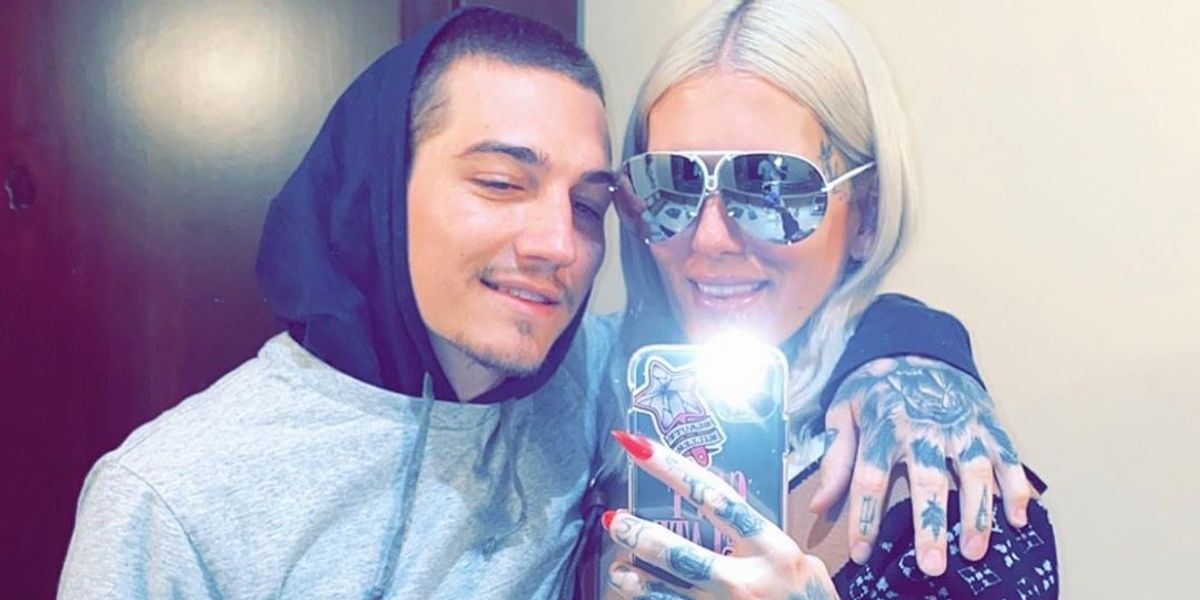 Did Jeffree Star and Nathan Schwandt Break Up?

Jeffree Star has canceled his European masterclass tour just days before its commencement. In an official statement, Tatti Lashes, who was responsible for organizing the Jeffree Star x MMMMitchell Masterclass, said the following:

"It is with a heavy heart that we must regretfully inform you that due to unforeseen personal reasons, Jeffree Star is unable to travel to Europe to take part in the upcoming 'Jeffree Star x MMMMitchell Masterclass tour presented by Tatti Lashes.'"

The tour was supposed to kick off January 10 in Dublin, spanning Amsterdam and Newcastle, eventually ending in Liverpool. All four dates have been canceled, the brand said, adding that everyone who purchased tickets would be refunded.

"All tickets will be FULLY REFUNDED into the account you made the purchase from within 7-10 working days," the website reads. "We are so sorry for the disappointment which this must have caused. We are exploring the possibility of rescheduling the events with Jeffree's team, and of course you will be the first to hear."

Related | Here's How Much Jeffree Star Made Off YouTube in 2019

Although Star did not comment, makeup artist MMMMitchell cited personal circumstances on Star's part, when explaining the situation on Instagram stories.

"I don't know how to say this because there's no nice way of saying it –– there's not one way where it's not going to upset someone," he said. "But basically we've had to cancel the masterclass tour with Jeffree for now, due to some unforeseen circumstances that really can't be helped on Jeffree's side, he's just not able to come to the UK."

Adding that he just wants Star to be "happy again," MMMMitchell said: "I feel so many emotions because I feel so upset that the tour's not going ahead, but I also feel upset because my friend's upset. The worst part is that it really can't be helped and these feelings that Jeffree is feeling, I wish that I could just make them go away."

I SWEAR TO GOD IF NATE AND JEFFREE BROKE UP ITS LIKE MY PARENTS GETTING DIVORCED AGAIN. I.JUST.CANNOT… https://t.co/cyU0XzDby9
— Ashleigh Lindsey (@Ashleigh Lindsey)1578372053.0

He also apologized on behalf of Star: "There's literally no way of anyone changing it, we've tried and it's just not doable right now, I'm so sorry guys, I feel so bad, we are all heartbroken – Tatti Lashes, Jeffree and me. Just keep Jeffree in your heart and in your mind."

Although MMMMitchell did not reveal the exact "personal reasons" behind the abrupt cancellation of the tour, Twitter users quickly began to speculate that Star and his longtime boyfriend, Nathan Schwandt had broken up.

Although for a while, most users had no concrete evidence to go off of except the internet's collective hysteria, some noticed that Star had in fact deleted any mention of Schwandt from his social media bios.

This comes days after the couple moved into their $14.6 million mansion in Hidden Hills, California. "Me and Nathan, we've outgrown this house right here two years ago bitch. I look like a hoarder, there's been no room," Star said on his Instagram stories at the time.

"Right now at my house, we're doing a lot of upgrades, we're preparing some things, and we're just making it fucking 100%. I will be moved in before Christmas –– I can't believe it."

No word from Schwandt or Star yet, who first met on Instagram in 2014.