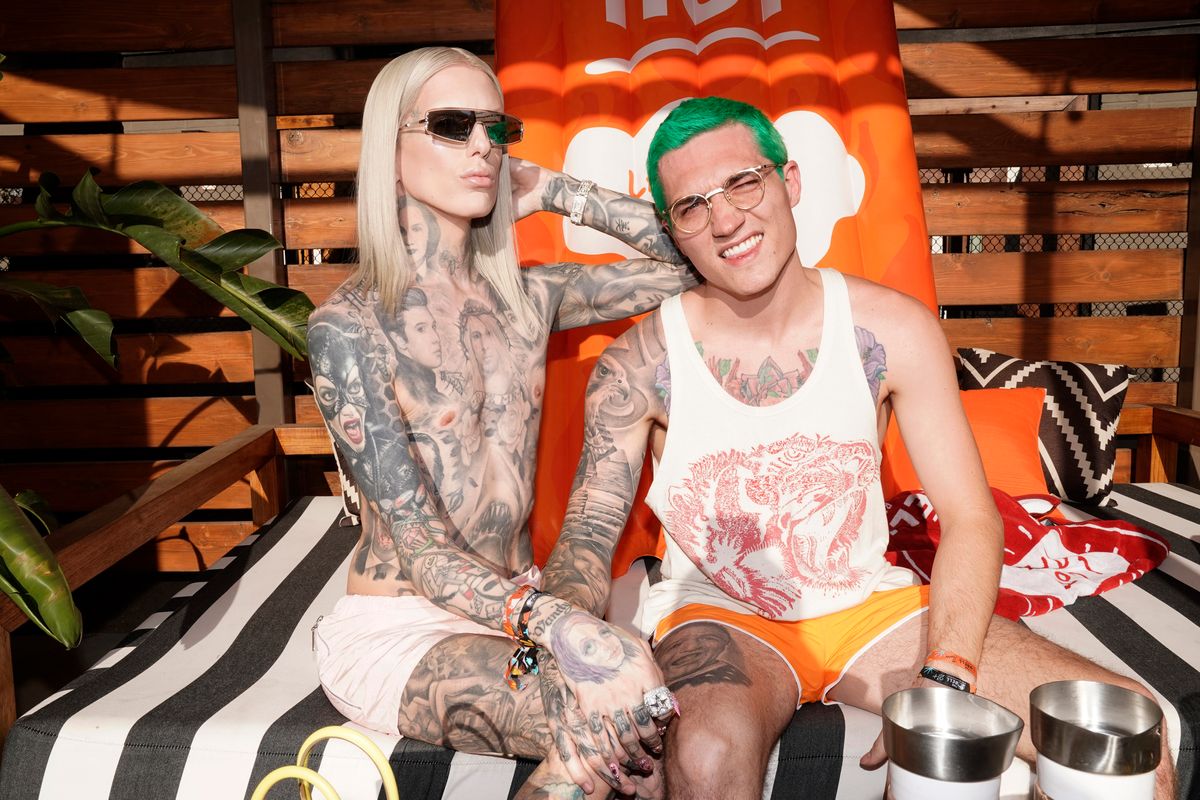 Earlier this week, fans began theorizing that the two had split after Star cancelled his European masterclass tour days before it was slated to start, especially after his masterclass co-host MMMMitchell wrote that he was "upset because my friend's upset."

Related | Did Jeffree Star and Nathan Schwandt Break Up?

"The worst part is that it really can't be helped and these feelings that Jeffree is feeling," MMMMitchell continued via his Instagram story. "I wish that I could just make them go away."

That said, the rumors really gained traction after fans noticed that the makeup mogul had removed "wifey of Nathan" from his Instagram bio and was no longer selling his "Nathan" pillow online. And now, to add fuel to the fire, a new tweet has people very worried that it may be true.

"Dear God please stop the pain," Star wrote, per several screenshots. And though he's since deleted the post, that hasn't stopped fans from expressing their concern over the potential break up.

Seriously worried about @JeffreeStar . Sending nothing but love and hope the pain does stop 😢 pic.twitter.com/KAolRvX9sk

Did anyone else just get a jeffree notification that said “dear god please stop the pain”??? I hope he’s okay :( #jeffreestar

I hope Jeffree Star is okay. I saw he tweeted and deleted. No matter how you feel about him, we should never want someone to ever be in pain. Please be kind during this time & send him prayers.