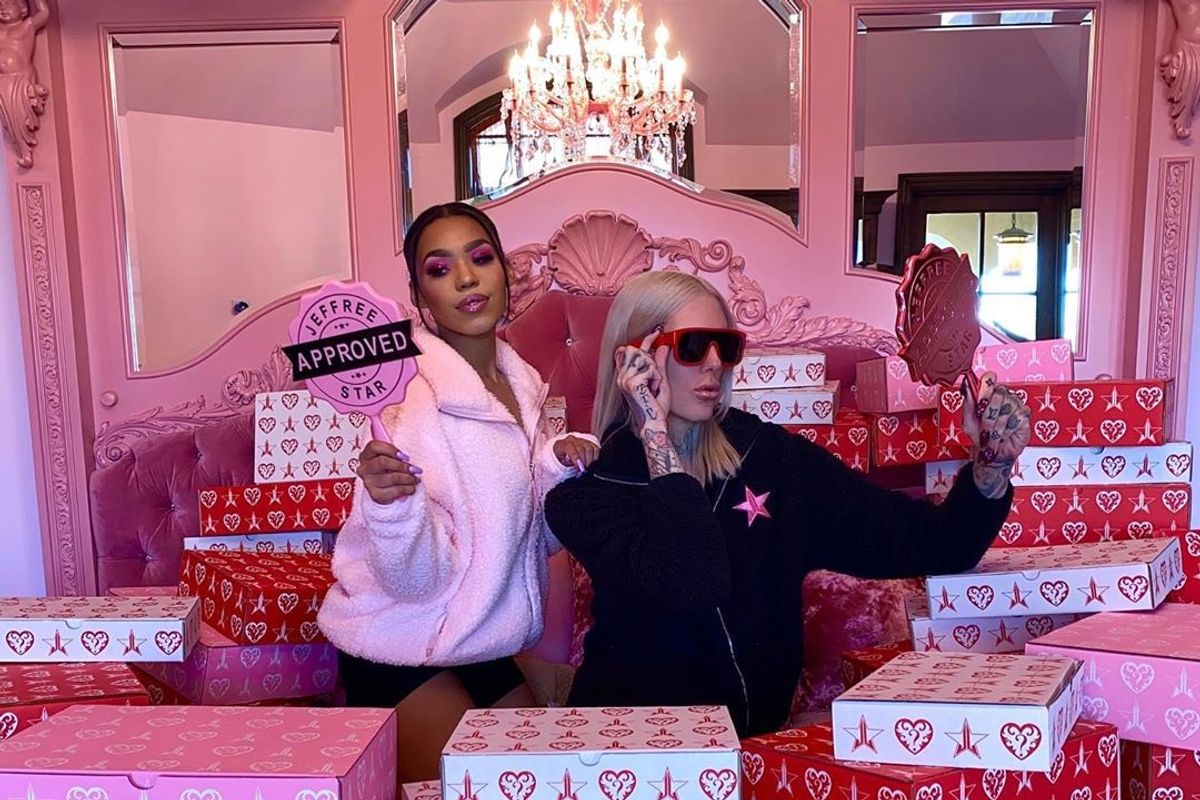 If you were hoping to grab one of Jeffree Star's Valentine's Day Mystery Boxes, sadly you may be too late. The much anticipated drop that has been drummed up across social media for a while, has already sold out, well most of it anyway.

The collection — which dropped earlier today — rolled out in three different tiers: Premier (includes four items), Deluxe (includes eight items) and Supreme (rounding out at 12 items), priced at $60 to $199 respectively. According to the website, all tiers "contain different exclusive items ranging from cosmetics to accessories to apparel." All products included in the boxes are vegan and cruelty free. Additionally, all three tiers will feature at least one exclusive cosmetic only available in these mystery boxes, while the "deluxe mystery box" includes merch.

As the name disclaims, customers have no choice in the items in the box and because of the "extreme discounts" there will be no returns or exchanges. Basically, you're stuck with it. Or at least those who were able to secure the higher tiers at the time of its release, as the only box still available for purchase at this time is the $60 Premier version.

Naturally, Twitter had some thoughts with reactions — dependent on what they could get their hands on.

Some even blamed it on a technical error.

But loyal fans came to the defense of Star. "All these people pressed about the #jeffreestarmysterybox launch and saying it's the worst launch. This was by far the smoothest launch yet. If you weren't prepared that's on you boo." one user wrote.

All these people pressed about the #jeffreestarmysterybox launch and saying it’s the worst launch. This was by far… https://t.co/9iROqiGku7
— Kenzie 🌙 (@Kenzie 🌙)1580499317.0

The Jeffree Star Valentine's Day Collection is available to shop here. While the Premier box is still up for grabs, both Deluxe and Supreme are sold out.