Jeffree Star appears to be coming for fellow beauty mogul Kylie Jenner — if a new Instagram comment is any indication.

However, Star didn't appear all that impressed with the offerings — at least judging by his "Hahahahahha" comment under the post.

However, back in May, Star uploaded a video dubbed "Never Doing This Again" during the James Charles scandal. In the video, Star says he's done with all the "tea, and the drama."

"This was a huge wake up call to reel me in, because I have been really healing myself," Star said in the apology, also adding, "Business and life just takes over and you get way too caught up in the mess. I'll never handle a situation like this again."

As such, one fan asked Star why he wasn't sticking to his statement. 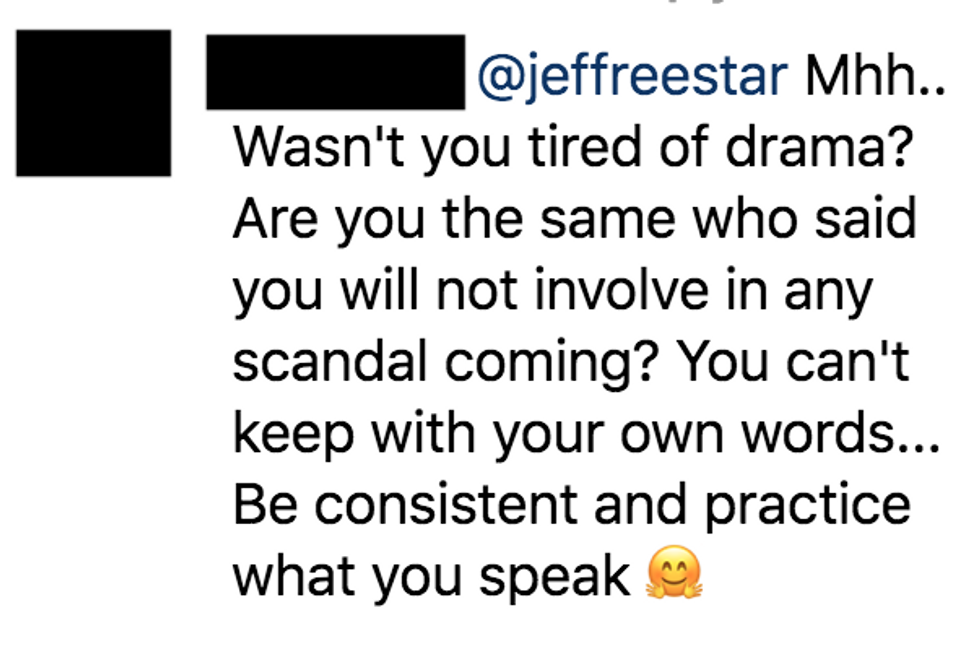 "Wasn't you tired of drama?" they wrote. "Are you the same who said you will not involve in any scandal coming? You can't keep with your own words... Be consistent and practice what you speak."

That said, Star responded by telling them that it's "my job" to "comment on anyone's releases." 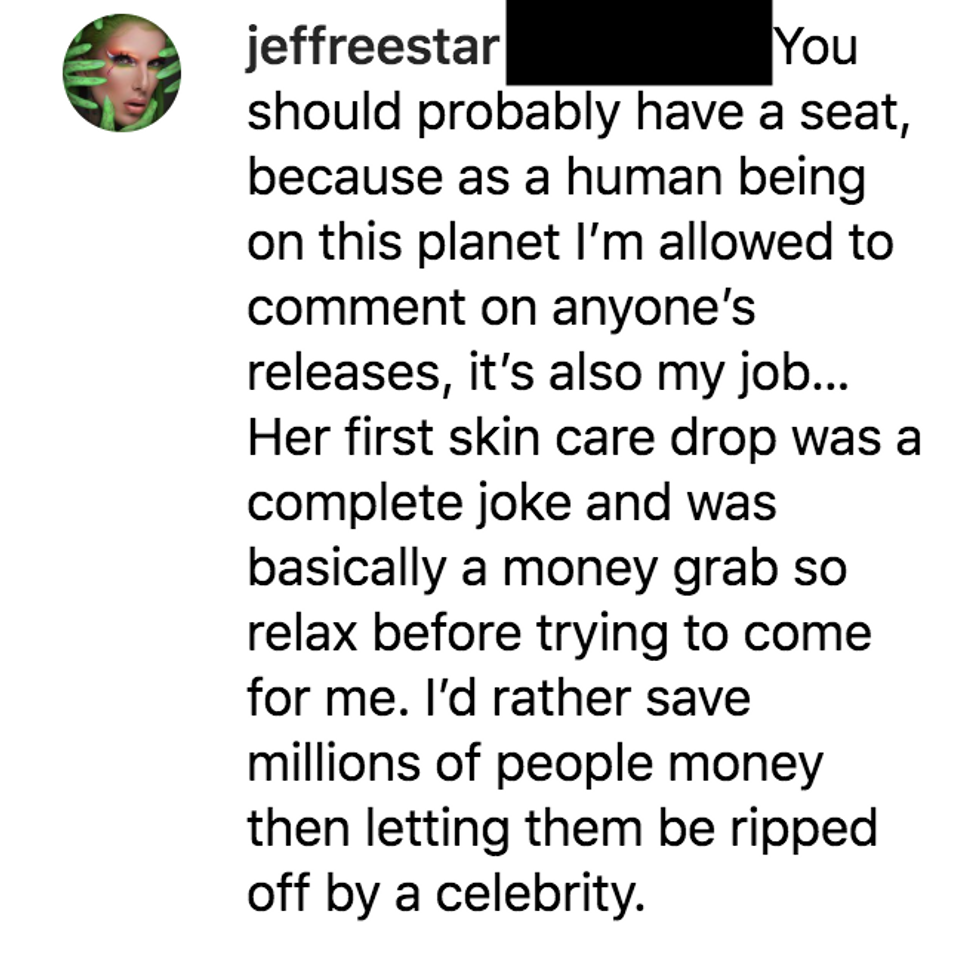 "Her first skin-care drop was a complete joke and was basically a money grab," Star continued. "So relax before trying to come for me. I'd rather save millions of people money than letting them be ripped off by a celebrity."

And while some applauded Star's candor, others questioned his previous Kylie Skin video review with fellow YouTuber Shane Dawson — pointing out that Star only used the products for "20 minutes" even though "you need to use skin care consistently to show results." 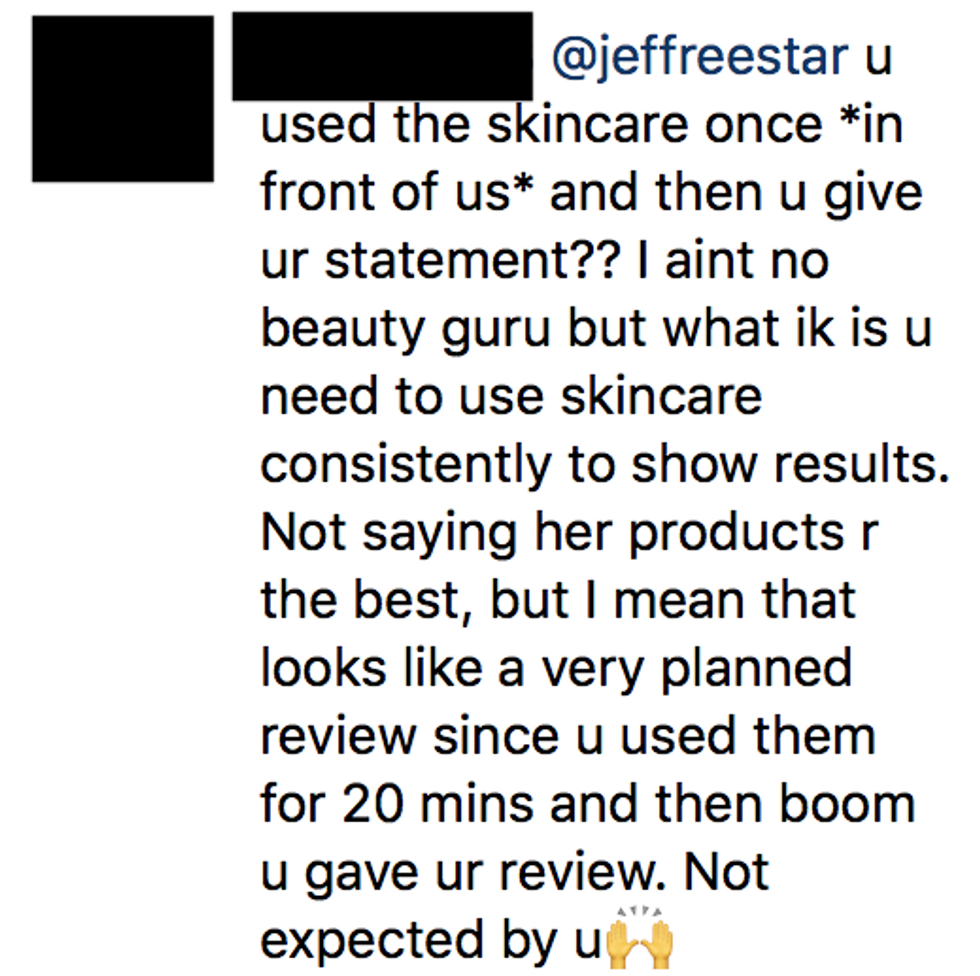 That said, in the aforementioned video, Star also notably addressed the "past tea" with Jenner — saying that while they have feuded in the past, "we don't care about each other."

"There's no, like, real, like, animosity," he said. "I just don't really review her stuff anymore on my channel."