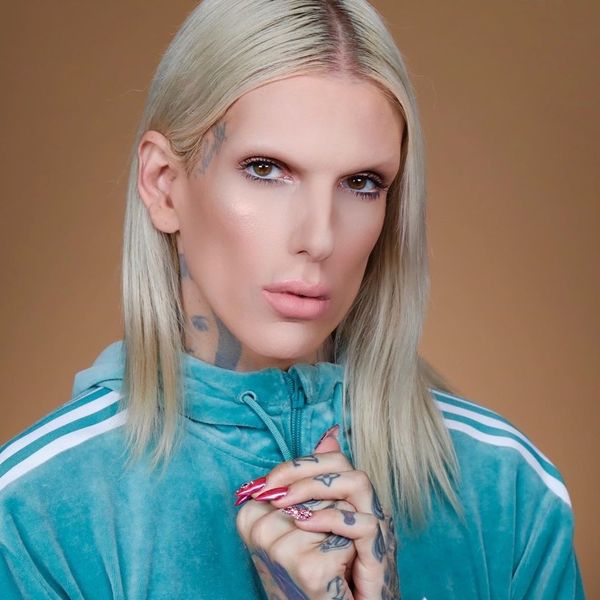 Jeffree Star 'Embarrassed' of His Involvement in the James Charles Feud

Welcome to the latest edition of the never ending James Charles and Tati Westbrook drama. This time, the new development comes courtesy of beauty influencer and YouTuber Jeffree Star.

After a tumultuous week, Charles posted an explosive 41-minute video over the weekend breaking down the viral feud between him and Westbrook presenting several text exchanges. The 19-year-old attempted to clarify all the allegations levied against him by both Westbrook and Star including one where he's been labeled a "predator" for reportedly sexually manipulating straight men.

"I am a 19-year-old virgin," Charles said. "I have never and will never use my fame, money, or my power to manipulate or get any sexual actions from a guy. That is disgusting. That is not me. The fact that Tati brought this up blows my mind."

Now Star, who first got involved after posting a series of tweets and text messages directed at Charles and his younger brother, Ian, has followed up with his own video titled "Never Doing It Again" apologizing.

"I don't want to play the games anymore," Star said in the beginning of the video. "I'm not going to fuel this fire bigger so everyone can get more entertainment, because behind the scenes this isn't funny. This is our real lives and I inserted myself into something publicly, that I shouldn't have. "

He went on to apologize for sending out tweets bashing Charles after Westbrook's now famous "take down" video that resulted in Charles losing millions of followers. "We had a real connection. I definitely think I mishandled our friendship. There is no actual hate in this heart," he said. "I know what people want. They want me to sit here and degrade James. They want me to open up my phone and 'expose it all.' I am done doing that."

Star also admitted to trying to distance himself from Charles after being upset with the way things transpired. "I'm embarrassed by my own actions," he confessed. "What I should've done is vented all my feelings to James. I know that Tati had some private conversations with him. I should've been mature enough to do that."

Giving more "context" to why he accused Charles of "mass manipulation" he said: "I don't want you guys to think, 'Wow Jeffree is an evil person, he's a bitch.' Behind the scenes, there were people in my head. There were people telling me a lot of stuff. Did I jump the gun on a situation that I didn't fully understand and chime in? Absolutely, and I'm living with that every day."

He further added how much he regretted sending out hateful tweets. "I don't want my character to ever be misconstrued. And I want to say I do regret sending those tweets," he said. "I'm done with the tea, with the drama, and I don't want to be involved in anyone's situations anymore. This was a huge wake up call to reel me in because I have been really healing myself. "

Star ended the video apologizing to his audiences and encouraging them to look past the "negativity."

"I've had an insane and crazy past. And all the stuff that I said I'll be sorry for until the day I die, okay?" he admits. "I'm going to take a few days off and just turn off my phone. Business and life just takes over and you get way too caught up in the mess. I'll never handle a situation like this again. For me, I'm not ready to deal with this privately."

Both Westbrook and Star have now publicly distanced themselves from the drama. But is it truly the end? Only time will tell.