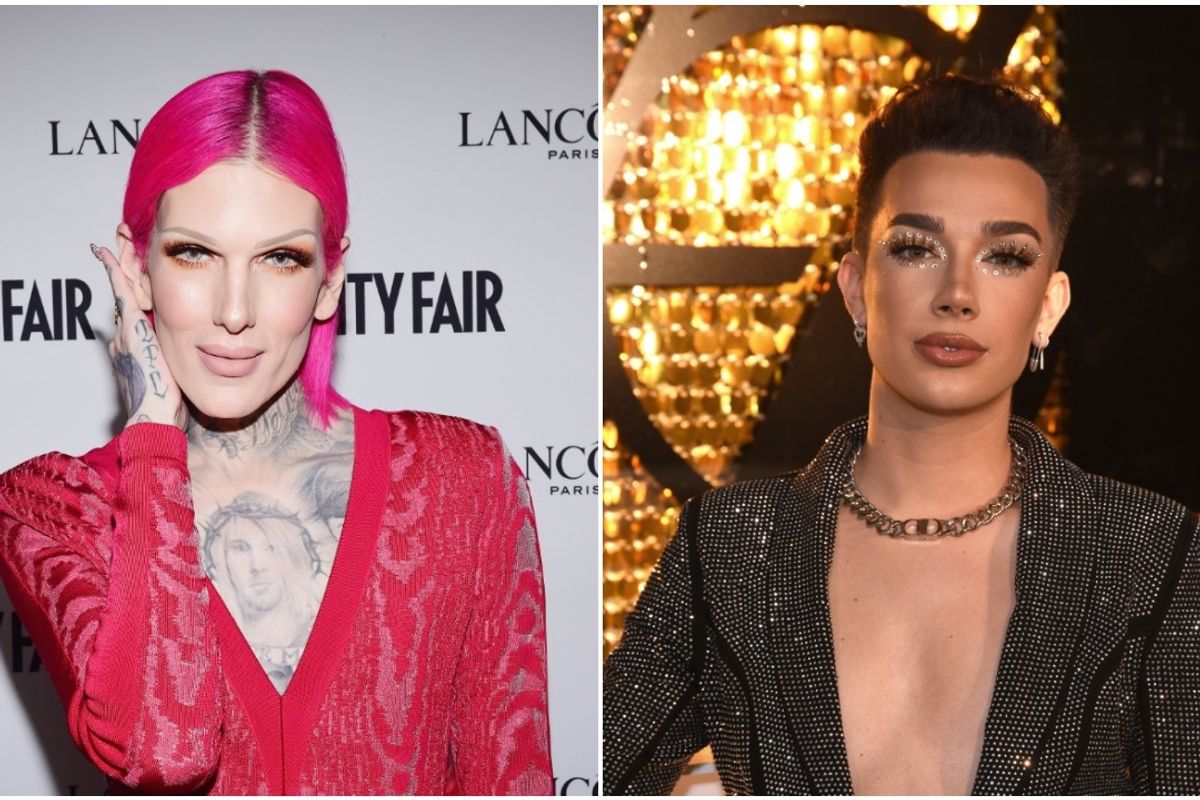 At this point, it's a well-known fact that Jeffree Star and James Charles have been on the outs ever since the latter's highly publicized feud with Tati Westbrook.

As many will remember, Star played a significant role in the drama, as he called Charles a "danger to society" and a "predator" at the time. However, in an unexpected twist, it appears as if the two are good again — much to the surprise of fans.

It all started over the weekend after Charles uploaded a video of himself doing TikTok star Charli D'Amelio's makeup. But after she posted the footage to her Twitter, what ended up really catching the internet's eye was Star's glowing review.

"Umm you look SO gorgeous!!!" Star wrote in a retweet, before adding, "James killed it per usual."

Umm you look SO gorgeous!!! James killed it per usual 💯 https://t.co/qb5qv5SgP7

And while Star previously apologized for all of his Charles-related tweets, fans were still taken aback by the friendly message, with some even going so far as to ask the makeup guru if he had been "hacked."

"I had to move my bang to read that again," as one person wrote, while another replied to Star's tweet by writing, "2020 really is weird."

I had to move my bang to read that again

​Granted, there was also a significant portion of fans who were all for the niceties.

After all, as one wise commenter wrote, "Just cause there's been drama in the past doesn't mean there has to be negativity forever. Legends supporting legends."

Just cause there’s been drama in the past doesn’t mean there has to be negativity forever. Legends supporting legends 💯 ⭐️

James Charles sits down with PAPER for an exclusive interview on his struggles in 2019, growing up in the spotlight, true friends, dating, and developing his...