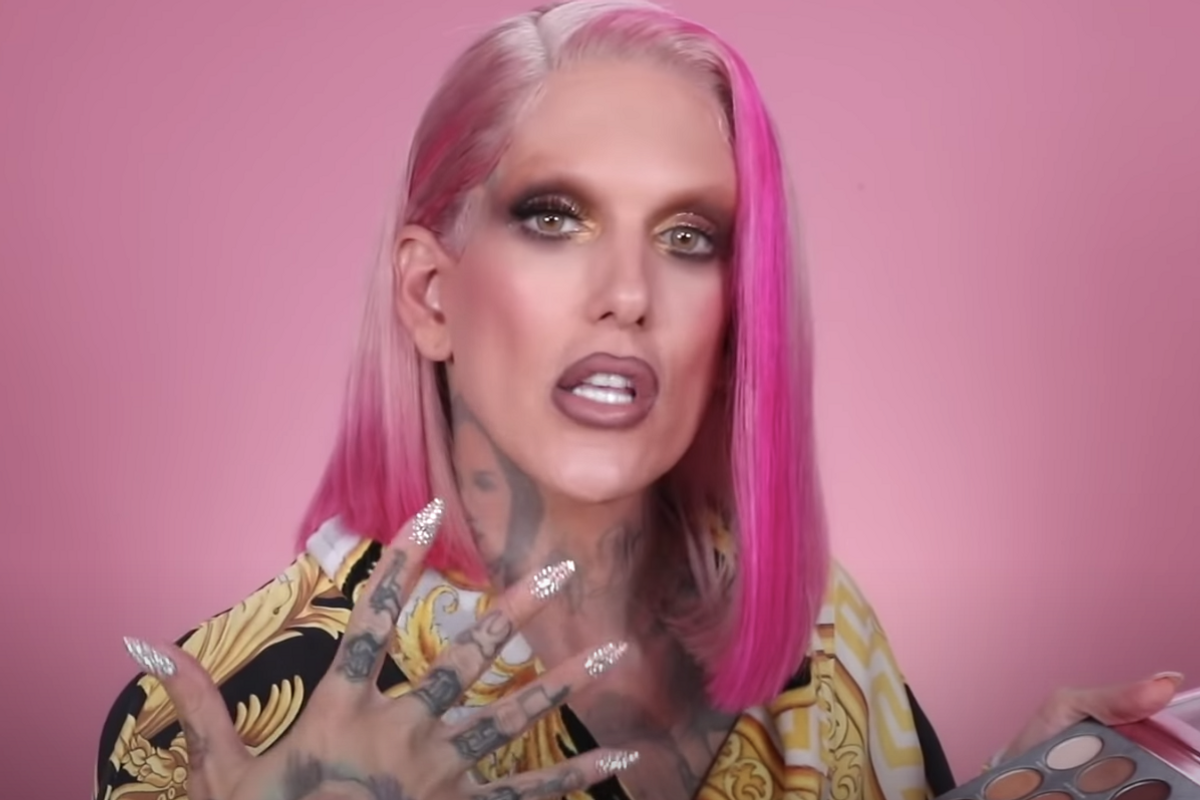 Jeffree Star's Post About His New Boyfriend Is Dividing the Internet

Jeffree Star had the rumor mill buzzing this past weekend thanks to his new photo featuring a mystery man.

On Saturday, the controversial beauty vlogger — who broke up with long-term partner Nathan Schwandt in January — took to his Instagram to caption a pic of himself straddling his new beau, "Thankful for all the blessings God has brought into my life this year."

And while Star's body obscured his unnamed suitor's face, it didn't take long for eagle-eyed fans to start scouring the internet for people with similar arm tattoos — something that's now led them to allege that his potential new boyfriend is none other than basketball player Andre Marhold, per Just Jared.

That said, in addition to being accused of "tokenizing" fellow beauty influencer Kameron Lester earlier this year, Star has continually been accused of racism thanks to his documented use of anti-Black slurs. Needless to say, given his problematic past, reactions to his latest post have been mixed to say the least.

Though some encouraged people to stop "judging them," many called Star out for using his new beau as "PR damage control."

I feel so sorry for Jeffree Stars boyfriend. 😪😪 let that man love who he love in PEACE!!! Y’all be screaming for LGBTQ rights but as soon as someone showcase they love here y’all go JUDGING THEM!!! Love is love ain’t it?????

Similarly, others alleged that he was using him to "convince the internet he's not racist." Meanwhile, a few also pushed back on the notion that internet sleuths were responsible for outing Marhold — instead arguing that Star was the one to blame.

Jeffree Star breaking up with his boyfriend after he got that one pic just so he can convince the internet he’s not racist: pic.twitter.com/OyHeVOYODL

not people crying that the internet “outed” jeffree star’s new pay-rolled companion aka boyfriend. please. jeffree uploaded a photo of his visible sleeve tattoo to 15 MILLION people and they then made the connection. the only person who outed him was jeffree. pic.twitter.com/MxXstR09ss

Star has yet to respond. In the meantime though, you can see what else people are saying about his new boyfriend, below.

Jeffree Star seeing people still not forgiving him for being racist even if he dates a person of color 😿 pic.twitter.com/5dWEkUqGHf

Jeffree Star whenever his new boyfriend piss him off pic.twitter.com/lN8nKQ9P39

Jeffree Star got outed as a racist then immediately started cosplaying Lil' Kim and dating black ball-players I have to laugh pic.twitter.com/1a5CYZRBMu

Jeffree Star’s new man everytime he calls for him: pic.twitter.com/Lw8M8RJL8H