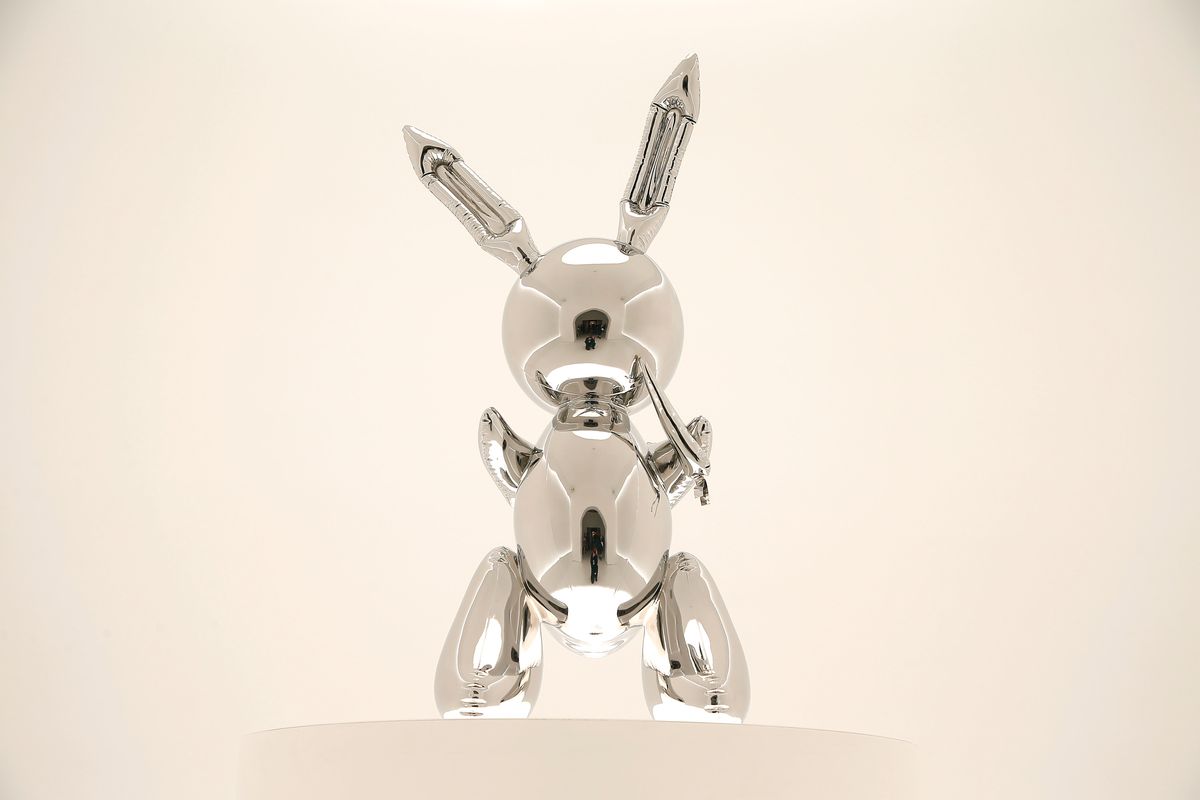 Jeff Koons Is the Most Expensive Living Artist, Again

Do you love or hate getting a peek into a world of unseemly and unethical wealth? For me it's both and the art world is the best place to do it. Last night, postmodernist neo-pop sculptor and Lil Uzi Vert fan Jeff Koons hocked his shiny silver 1986 Rabbit sculpture at Christie's for over $91 million, breaking auction records for the most expensive work by a living artist.

Koons has returned to his spot at the top: the sale displaced David Hockney's 1972 painting Portrait of an Artist (Pool with Two Figures), which sold last year for just over $90 million. At the time, Hockney upset Koons' previous record, which he set in 2013 with one of his balloon dogs that sold for over $58 million.

In doing so, as the New York Times points out, the sale re-confirmed Koons' sculptures as "the ultimate billionaire trophies." The buyer was Robert E. Mnuchin, an art dealer and the father of Treasury Secretary Steven Mnuchin.

Koons', who rose to prominence in the '80s with his uncanny, stainless steel balloon pups and kitschy ceramic figures had lost cultural capitol, as well as actual value, in recent years, NYT reports. Critiques of the gender politics and originality of his work buzzed around his 2014 Whitney retrospective, which displayed his Made in Heaven series of close-ups of him and his wife having sex. Rabbit's rise to absurd worth seems to return Koons to his former art world clout. Good for him, I guess, and Mnuchin, who now owns a silver bunny worth nearly a hundred million dollars.

It's fun to laugh and cry at the antics of the art world bourgeoise, however, it's less enjoyable to realize that women's ideas are worth so much less in our society, that the work of the female counterpart to Koons' title is worth nearly $80 million less. Jenny Saville broke Cady Nolan's record for the most expensive living female artist with her 1992 self-portrait Propped, which sold for just $12.4 million at a London Sotheby's auction last year. The art world just keeps art-worlding, doesn't it.