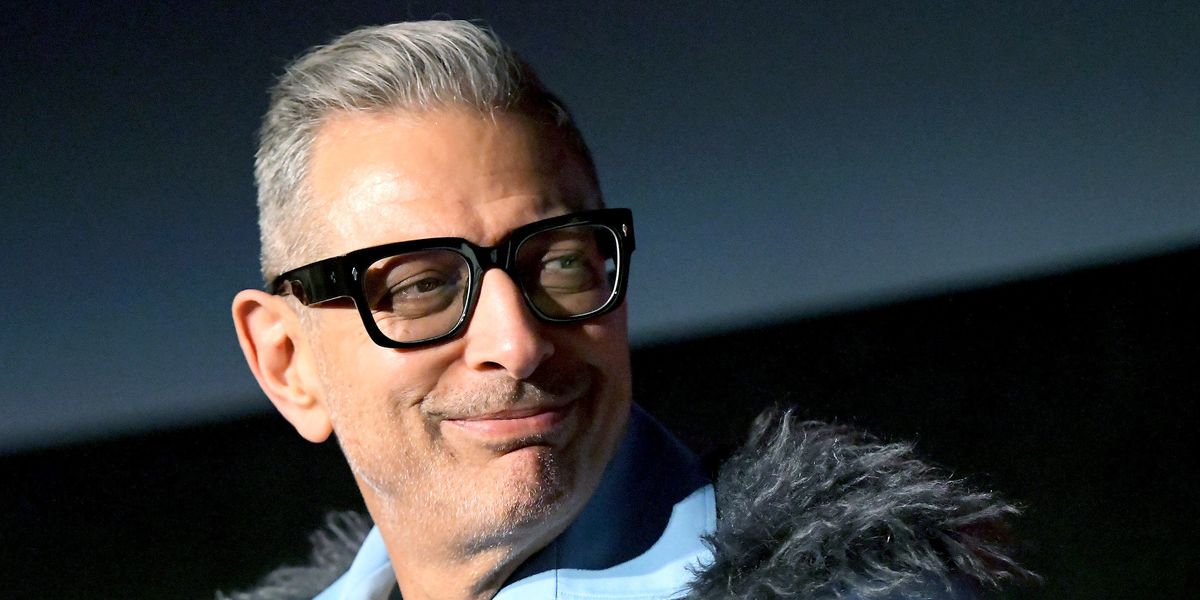 You may think that Internet daddy and sex symbol Jeff Goldblum has already mastered every talent on the planet — including but not limited to playing the jazz piano — but apparently he's still testing out new waters. Goldblum has announced he's decided to dip his toes in the very popular (and very lucrative) beauty industry and no, not with his own brand (though that would be iconic).

Rather, the actor has decided to go the influencer route, which was most recently evidenced through a series of Instagram Stories captured by dancer, aerialist and wife Emilie Goldblum.

In the short clips, Goldblum is seen dishing his honest review of the Kardashian-approved Jet Lag Mask by Summer Fridays.

The cult favorite mask is touted as one of the best out there for its hydrating and nourishing properties. After a long trip, Goldblum is seen laying in bed (topless!), while his wife tries on the treatment before giving the audience a peek of his "before" mask face. "This is the before," she says, shortly after which, Goldblum's face is covered with a pillow as he gives us a coy thumbs up appreciating the mask.

"Yay, he loved it! Look how beautiful your skin already looks," his wife said, complimenting his "soft" glow. Now that's the kind of support we all need. No wonder Goldblum has aged so well.