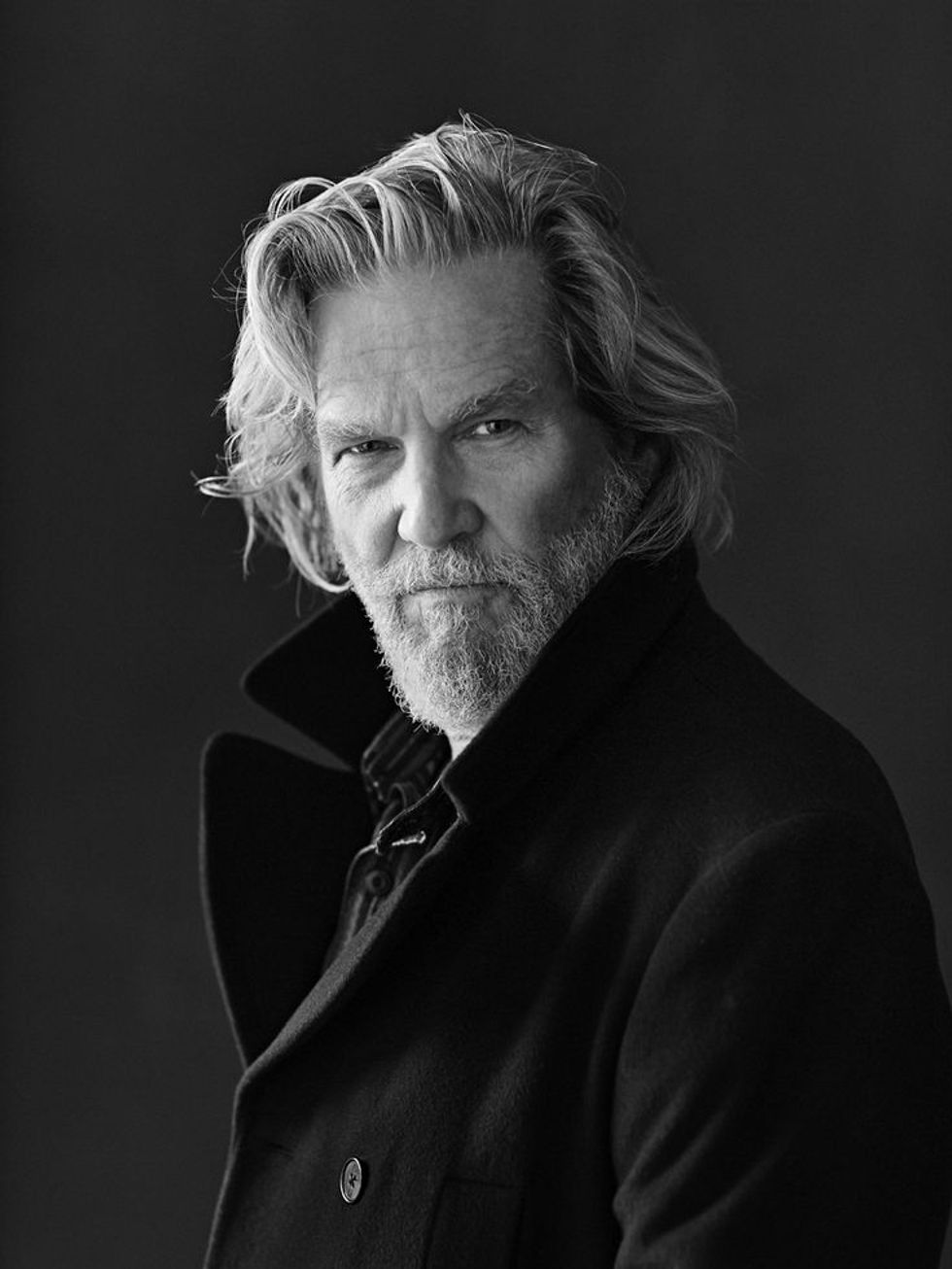 Jeff Bridges On His Sleeping Tapes Album, Flying Dreams and the Power of Naps

by Alex Scordelis
PAPERMAG
We exist in strange times, but few would have predicted that, in 2015, Oscar-winning actor Jeff Bridges would have the Number 2 album on Billboard's New Age chart. But that's exactly what happened when Bridges' surrealist LP, The Sleeping Tapes, an album that promises to "help you get a good night's rest," garnered a cult following after it debuted in a Squarespace Super Bowl commercial. And since it's part of his American dream to end childhood hunger in the United States, Bridges used the opportunity to raise money for No Kid Hungry.

Bridges, 65, spoke to us from his Santa Barbara home about his sleep-aid LP. Talking with Bridges over the phone is in itself a surreal experience. His drowsy baritone is so Lebowski-like, and his turns of phrase are so stony, that it's hard not to imagine you're on a direct line with the Dude.

You recorded The Sleeping Tapes to help as a sleeping aid. How does living in Santa Barbara affect your sleep? Can you hear the waves?

Well, we hear the train. We're kind of way up in the hills. On The Sleeping Tapes, the Temescal Canyon hike track, we recorded that in my backyard up here in the hills of Santa Barbara. And that train you hear, that was just a spontaneous thing that happened at the recording. And frogs. We hear a lot of frogs.

You must be delighted by the success of The Sleeping Tapes, especially since it's raised so much money for No Kid Hungry.

That was the clincher with the whole sleep tape thing. Squarespace came to me with an idea for an ad for the Super Bowl. It was a unique assignment. They actually wanted to show a bizarre website, with the message that no website is too bizarre. They presented me with a list of options, and The Sleeping Tapes spoke to me. The clincher was that they wanted all the proceeds from this album to go to No Kid Hungry. That's a remarkable thing for them to do. The project has raised around $250,000 in donations to end childhood hunger.

What do you listen to before you go to sleep every night?

I find that lately I'm listening to a lot of ambient music. Eno, his stuff's great. Been digging an album of his called Lux. And of course Music for Airports. But I really do most of my music-listening when I wake up in the morning. I sit up and read and listen to a playlist that's made up of Eno, ambient stuff, jazz, and that ... dah, dah-dah, dah, dah-dah. "Girl from Ipanema." Not that tune, but the cat who did it, [Joao] Gilberto, and his wife.

So the Sleeping Tapes ads promoted Squarespace, and you're on Twitter. Would you say you're a tech-savvy guy?

My nephew, Dylan Bridges, he works at Universal doing their social media stuff, and he does all my social media. I enjoy it, but I'm not savvy, man. I'm glad to have him at the helm orchestrating it for me. I'm not efficient at keeping it up.

What advice would you give to someone having trouble falling asleep at night?

People talk about warm milk ... what is it that warm milk does? There's some kind of chemical in the warm milk that's supposed to help you in that way. Sleep's important, man. If you get enough sleep you're gonna feel a lot better. Also, naps are good, when you have time to chill out. When I'm working on a movie, I'll take 15 minutes during lunchtime, and I'll just conk out Iike I'm a vampire or something. I'll nap in my trailer with my arms over my chest.

I really enjoyed the track "See You at the Dreaming Tree." What's your favorite recurring dream?

That one is certainly great. We have a place in Montana and when my daughter Isabelle was a young girl, we used to do that before we'd go to bed. We'd say, "Let's meet at the dreaming tree." And we'd do that. We'd dream the same dream. It actually worked. It was pretty wild. We'd agree to have a dream together, and we'd meet at our dreaming tree and we'd fly around. That's one of my favorite dreams.

Aren't they the best?  What's your form? How do they manifest?

I'm usually flying over a body of water, skimming the surface.

Oh yeah, man. I've done ones like that. I had one like that recently that was pretty fuckin' funny. I had taken off flying with this buddy. Then we were headed down, and I was gonna get right by the water and ... I can't remember quite how it ended. I just couldn't get any lift, and then I woke up. My dreams, when I'm flying, I'm like a leaf being blown in the wind, way up high in the clouds, you know, whooooosh.

Yeah, it starts pretty nice but then there can be thunderheads. Then it gets pretty dynamic up there. You just gotta let go. Then there are those dreams where you say to a group of people, "I can fly!" And they go, "Yeah, right." And you say, "Want me to show you?" And then you fly. Those are fun.
Find out more about No Kid Hungry here.