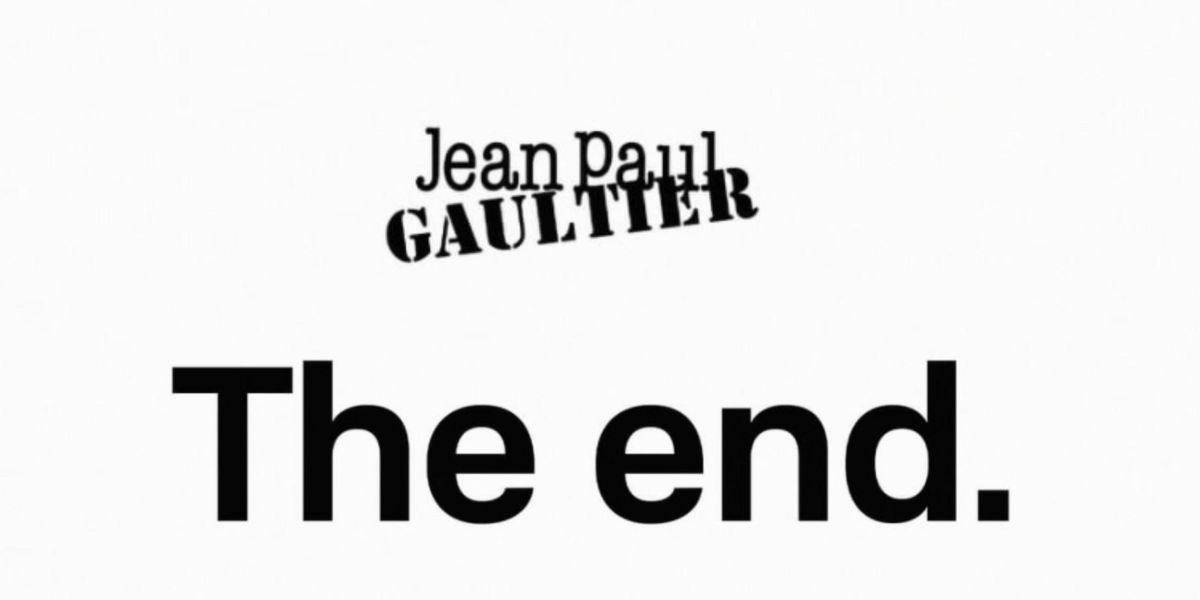 UPDATE 5/23/21: As suspected, the brand is not facing "the end" anytime soon. Earlier today, Jean Paul Gaultier's Instagram account hinted at some major changes coming its way after uploading a post with flashes of different brands and creatives like Ottolinger, SSENSE, Pierre Hardy, Sacai, Palomo Spain, Charlotte Wales and more with a #FutureIsCollective hashtag as well as a "ready-to-wear rebirth" in four days, indicating a possible return to ready-to-wear with a new creative approach after discontinuing it in 2014.

This morning, fashion fans woke up to some puzzling activity going on by Jean Paul Gaultier, whose recent Instagram updates caused many to think the French designer may be calling the label quits in some form.

First, he wiped his profile picture clean and set it to default. Then he uploaded a cryptic post with the words "The End" in bold font alongside the brand's logo, which really sent users into a frenzy. Finally, he changed the company's Instagram bio to "the end of an era," hinting at a possible termination of sorts. But is Jean Paul Gaultier really over?

A company spokeswoman did not immediately return PAPER's request for comment, but all signs suggest the brand is simply entering a new phase rather than an abrupt shuttering. If you recall, Gaultier announced his retirement from the runway in January 2020 after 50 years in fashion.

His Spring 2020 Haute Couture show was his last, but he assured fans at the time that couture will continue with a new concept, which we now know to be a series of different guest creatives that will design the brand's couture collections each season. The first, which will be designed by Sacai's Chitose Abe, is still scheduled for the Paris couture shows in July. The "end of an era" is likely just a formal acknowledgement of the new creative reins being handed off to Abe for her one-off collection debut this summer. Could her face be the brand's new temporary profile picture in the coming weeks?

Indeed, it's hard to imagine the label is going away anytime soon, even though the brand shuttered its ready-to-wear and menswear divisions in 2014 to focus on couture and fragrances, which are still selling like hotcakes by the way. The brand is also continuing to have a moment with celebrities, particularly the vintage and archival styles Kylie Jenner, Doja Cat and MJ Rodgriguez have worn in recent weeks.

Still, let's hope it's just a cute publicity stunt as we're not ready to say goodbye yet!