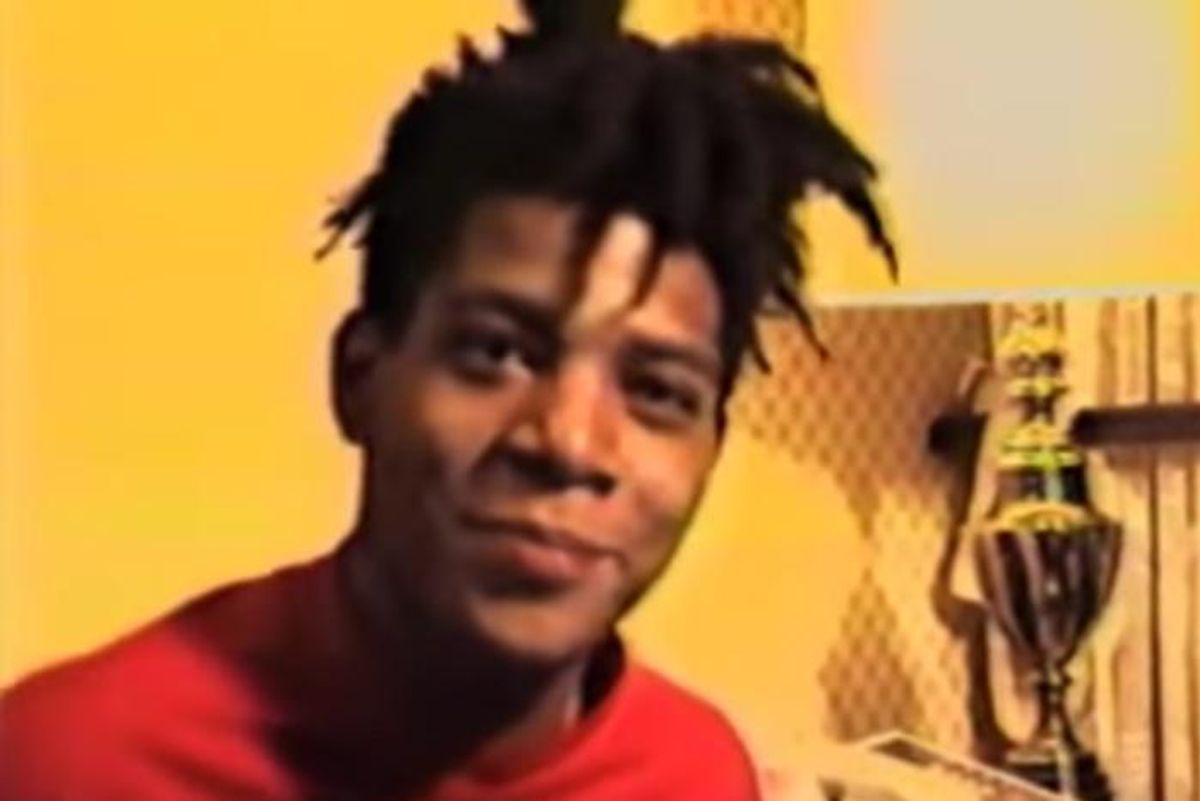 But, sometimes, the city does stop to pay homage to the artists and musicians and creatives and freaks who made it a cultural mecca, the center of the universe, drawing in everyone dreaming of being cool while growing up in quieter places. Yesterday, the Greenwich Village Society for Historic Preservation honored one of those luminaries, Jean-Michel Basquiat, by memorializing his former homw 57 Great Jones Street.

The painter and sculptor lived and worked in a studio there--the building was owned by his friend, Andy Warhol. Basquiat worked and lived at the site from 1983 until his death by heroin overdose in 1988. The preservation society put up a plaque (in partnership with Two Boots pizza) noting the site's significance to the '80s art scene.

How cool is this? #Basquiat now has his own plaque, amid NY #streetart, at 57 Great Jones St. Thx @GVSHP pic.twitter.com/k0hsjvkQMf
— Arabella Bowen (@arabellabowen) July 14, 2016