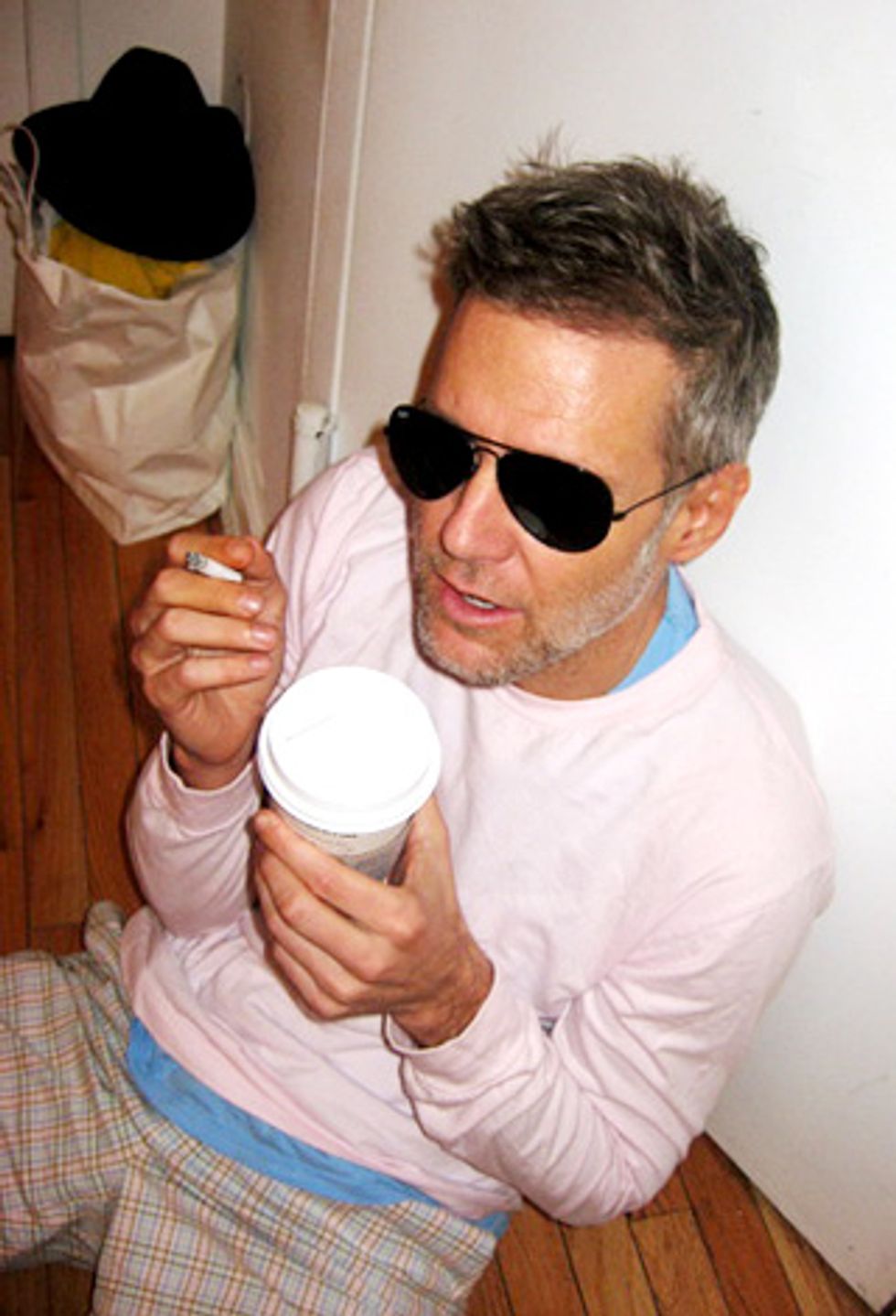 What was your most memorable shoot and why? Oh god. They've all been memorable for one reason or another.

Is there one guy that you had a serious crush on? There are body parts I've had major crushes on, but as far as personalities, I'd say Reese Rideout. Which is odd because Chris Rockway (who I love) was there as well, but it was something about Reese's demeanor that I just fell in love with. He was like a little puppy.

Who would be your dream person to photograph? Wilhelmina's Andres Valencosa Segura. (Google him.)

Which are your favorite photos? I like them all for different reasons. I love Vin Nolan's, Zack Randall's is cute and turned out to be very popular in Paris. And because of who he is, I really like Buck Angel's. However, most of my favorites are the nudes, which look completely different than what has appeared in the series, and are quite soft and beautiful.

What have been some of the highlights that stand out in shooting the series ? Too many to tell.

Any low points? Yes, being hungover and having to rush my morning coffee and cigs before the guys show up.

Have you kept in touch with any of the stars? I usually hear from the polite ones once they've seen their post, but other than that I've run in to Vin Nolan a couple times, which is always fun.

How did the American Apparel become apart of the series? Was that planned? It was sort of an accident. I own tons of it and I wanted to shoot the guys in something fun so it just seemed like the logical choice. It wasn't until about the third guy I shot, when I was walking by one of the stores, and I thought, "oh my God, are people gonna think Iâm copying American Apparel ads?â I just love their colors.

What can we expect from JD when he gets back from his summer vacation? A whole new batch of men.

And lastly, does size really matter? It's all that matters.

Rise and Fall of the Reblog: 10 Years of Tumblr