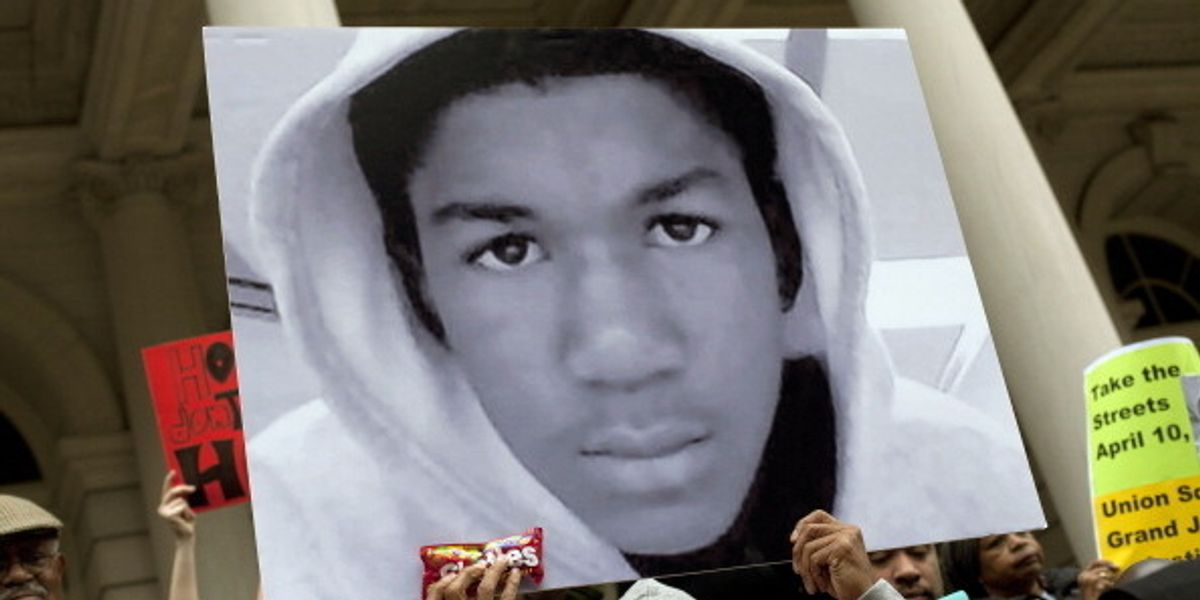 Today, the trailer dropped for a new Jay-Z produced series, Rest in Power: The Trayvon Martin Story. The preview alone, which opens with Martin's father Tracy filing a missing persons report for his son, is chilling.

On February 26th, 2012, Martin, a 17-year-old high school student, was shot and killed by 28-year-old George Zimmerman, a neighborhood watch captain in suburban Sanford, Florida. Zimmerman had called 911 to report a "suspicious person," and claimed to have killed Martin in self-defense. Martin was out buying Skittles, talking on the phone to his girlfriend. Zimmerman was found not guilty.

Trayvon Martin's tragic death helped spark #BlackLivesMatter; far-reaching news of the crime lead to mass protests around the country and further awareness of brutality against black Americans. The blood flow has yet to slow — the years since Martin's murder have featured news of the deaths of Philando Castile, Alton Sterling, Freddie Gray, Mike Brown, Walter Scott, Sandra Bland, Tamir Rice and countless others, all at the hands of the police. Martin remains a face of the movement.

This is Jay-Z's second documentary focusing on the American justice system and its persistent targeting of young black people. In 2017, he produced the Peabody Award-winning TIME: The Kalief Browder Story, which focused on the life and death of Browder, a teenager imprisoned on Rikers Island for three years after allegedly stealing a backpack. Browder spent much of his time in prison in solitary confinement. He committed suicide at 22.

Rest in Power features interviews with activists, Martin's parents, and archival footage of protests. It's set to premiere on July 30th at 10 PM on BET. Jay-Z also referenced the case, along with the June killing of controversial rapper XXXTentacion, in a verse on Drake's recently released "Talk Up:" "I got your president tweeting/ I won't even met with him/ Y'all killed X and let Zimmerman live/ Streets is done."