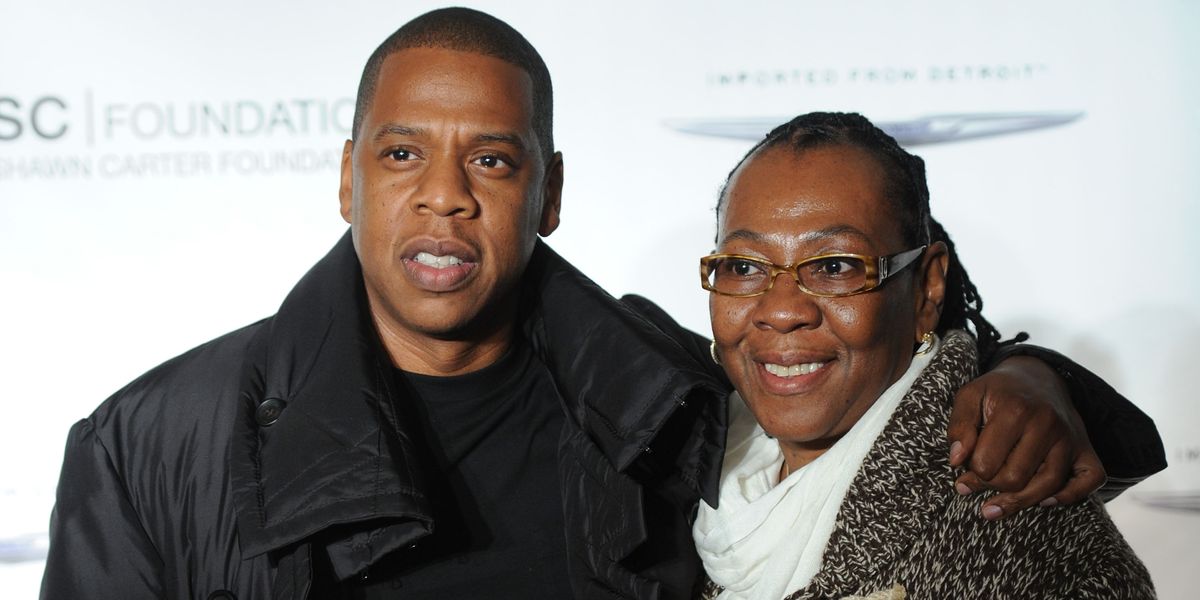 In a very unexpected but graceful move, Jay-Z is publicly supporting same-sex relationships and gay rights on his new album 4:44, released early this morning exclusively on Tidal. On the track, "Smile," the rapper opens up about his mother being a lesbian (an unknown fact to many) and anguishes over her pain from having to keep herself in the closet for so long.

"Mama had four kids, but she's a lesbian / Had to pretend so long that she's a thespian / Had to hide in the closet, so she medicate / Society shame and the pain was too much to take / Cried tears of joy when you fell in love / Don't matter to me if it's a him or her. I just wanna see you smile through all the hate / Marie Antoinette, baby, let 'em eat cake," he raps in the first verse, a genuinely chill-inducing meditation on both oneself and their loved ones' acceptance of their sexuality after years of struggling and guilt.

In a full-circle decision, and one that makes us cry even more, Hov's own mother Gloria Carter makes an awe-inspiring appearance on the track, delivering a full speech on the effects on not living your full truth. "Living in the shadow / Can you imagine what kind of life it is to live?," she asks. "Living two lives, happy, but not free / You live in the shadows for fear of someone hurting your family or the person you love / The world is changing and they say it's time to be free / But you live with the fear of just being me / Living in the shadow feels like the safe place to be / No harm for them, no harm for me / But life is short, and it's time to be free / Love who you love, because life isn't guaranteed / Smile." Give a round of applause to Miss Gloria for her bravery and poise in this situation.

During an album commentary on iHeartRadio stations across the country, Hov simply said of the song, "'Smile' is just what it is. There are gonna be bad times, and those bad times can do two things: they can get you in a place where you're stuck in a rut, or it can make your future that much better because you've experienced these things." Well said, Jay. If you have a Tidal subscription, you can listen to the poignant track and the entire album below.