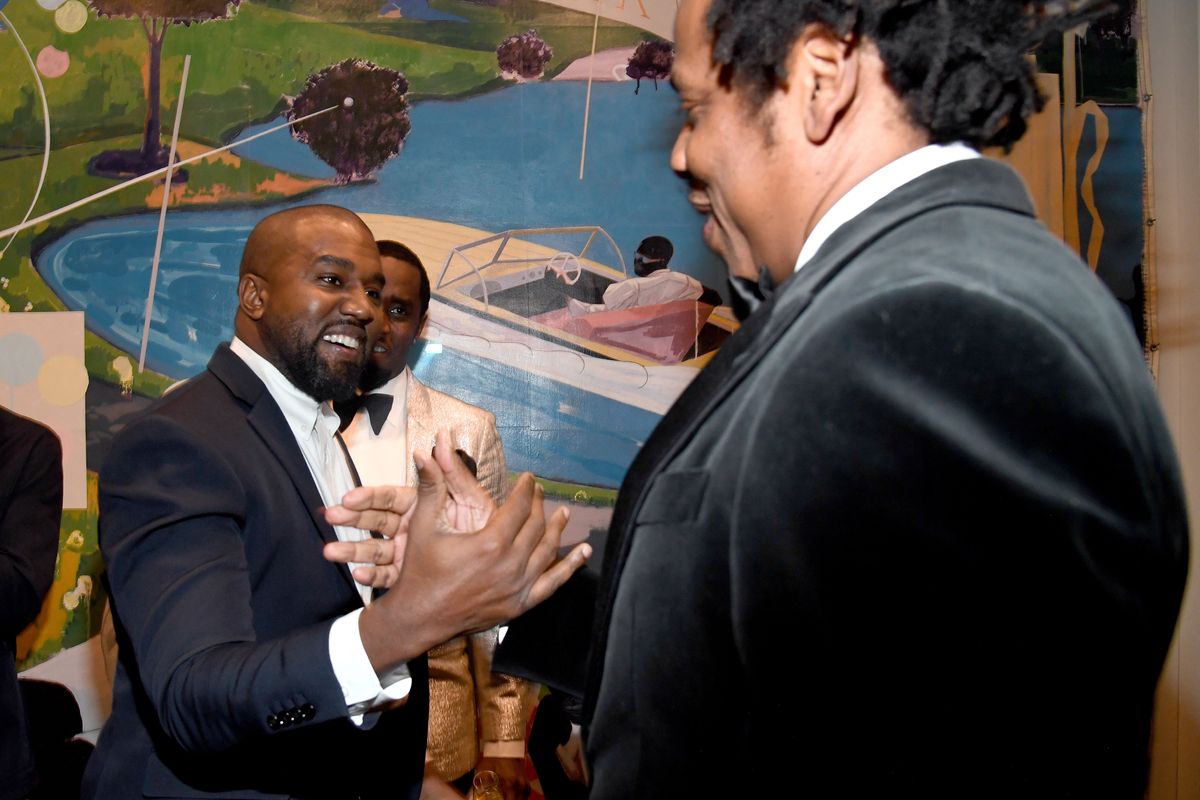 After allegedly being on bad terms since the Carters didn't attend his wedding, and since that disastrous onstage rant, Kanye seems to bear no ill will against Jay-Z as they greeted each other and took a group photo along with Pharrell and Diddy. Jay-Z also seemed totally cool, smiling after Kanye whispered something in his ear.

DJ Self Show on Instagram: “#Diddy celebrates his 50th Birthday with a star studded party! This is an iconic moment with #JayZ , #KanyeWest , & #Pharrell 🖤 .. Also…”

This is the first time the two have been seen together in public for a while. The last time Ye and Jay were photographed together was in 2016, at a post-VMAs dinner along with Alicia Keys and Swizz Beats, and more.

Though this reunion is by no means assurance that the two have kissed, made-up, and will be giving fans Watch the Throne part two, as Jay-Z told Dean Baquet for The New York Times, they'll always be friends.

"It's a complicated relationship with us because Kanye came into this business on my label, so I've always been like his big brother," he told the Times. "And we're both entertainers. It's always been like a little underlying competition there with your big brother. And we both love and respect each other's art too, so it's like, we both- everyone wants to be the greatest in the world. Then it's like a lot of other factors that play in it. But it's — we're gonna always be good."