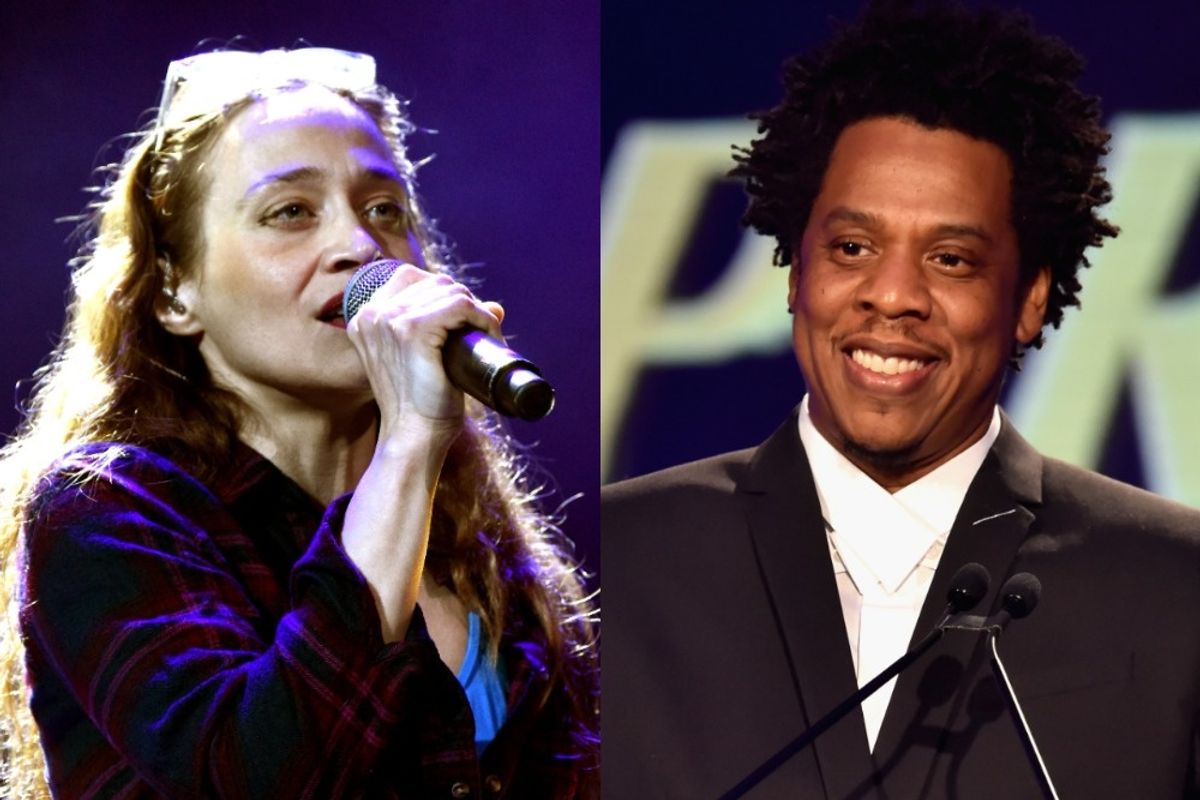 Jay-Z is a man of taste. Having handpicked and mentored half the '10s rap game, he knows talent when he sees it, regardless of genre. Thus, when curating his "Couple Songs From 2020 (So Far)" TIDAL playlist, the mogul included his favorite track off of Fiona Apple's instant classic, and first album in eight years, Fetch The Bolt Cutters.

You might've pegged Jay-Z as a "Ladies" fan, but no, he's an "Under The Table" guy. The album track is sandwiched between Beyoncé and Megan Thee Stallion's "Savage" remix and Drake's "Landed." When Fiona said "I would beg to disagree, but begging disagrees with me," he felt that. Or at least the content producer who made the playlist for Jay-Z to sign off on, felt that. Apple's song is the only departure from hip-hop and R&B on the playlist: also featured are Kehlani, Lil Baby, Lil Uzi Vert, Jay Electronica, Future and Westside Gunn. Like I said, taste.

It's also a sign of Fiona Apple's unexpected and seemingly effortless 2020 pop cultural proliferation. Despite the musician being almost entirely out of the public eye in the eight years prior to its release, Fetch The Bolt Cutters was the only topic on Twitter for a good 48 hours after it dropped, spawning an enduring set of memes.

Jay's not the only Fiona Apple fan in hip-hop. Lil Nas X sampled her 2012 single "Every Single Night" on his track "Kim Jong," and Apple called him out for not paying her for it. "Where's my money, you cute little guy?" she memorably asked. Her 1997 hit "Criminal" also soundtracked J-Lo's pole dance in Hustlers. Fiona Apple and coronavirus... name two bigger players this year.