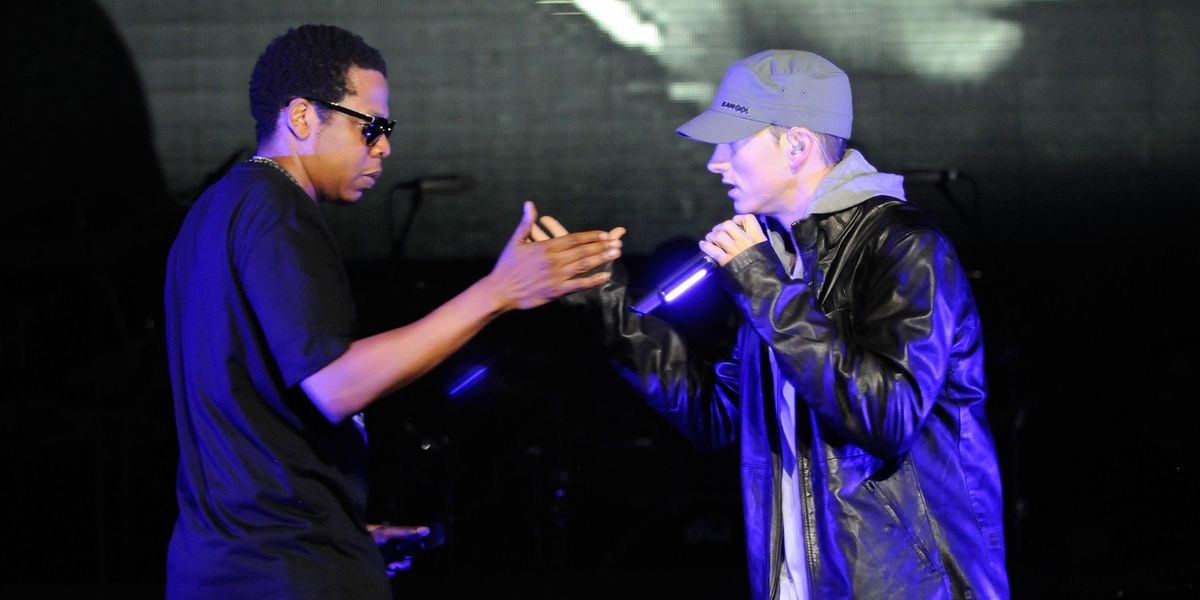 Jay-Z and Eminem Are Coming For the Weinstein Company

The latest in a string of celebrities who have reportedly sued the Weinstein company, Jay-Z and Eminem are also coming for their money from the bankrupt company.

Deadline reports that the pair are joining Oprah, Jennifer Aniston and Lin-Manuel Miranda in alleging the Weinstein company owes them money. Jay-Z, in particular, is asking for $480,000 from his projects with the company, Time: The Kalief Browder Story and Rest in Power: The Trayvon Martin Story, requesting the payment in two installments of $240,000. As for why he's owed that sum, we just don't know.

Eminem alternatively, has claimed only $48,000 was paid to him for the licensing of three of his tracks, "Phenomenal," "Phenomenal 2" and "Kings Never Die," used in 2015's Southpaw. He's now gunning for the remaining total, $352,000. Weinstein's alleged sexual assault and harassment of more than 90 women saw the company go into free fall. They filed bankruptcy in March months after Weinstein was expelled from the company.

This is all very: