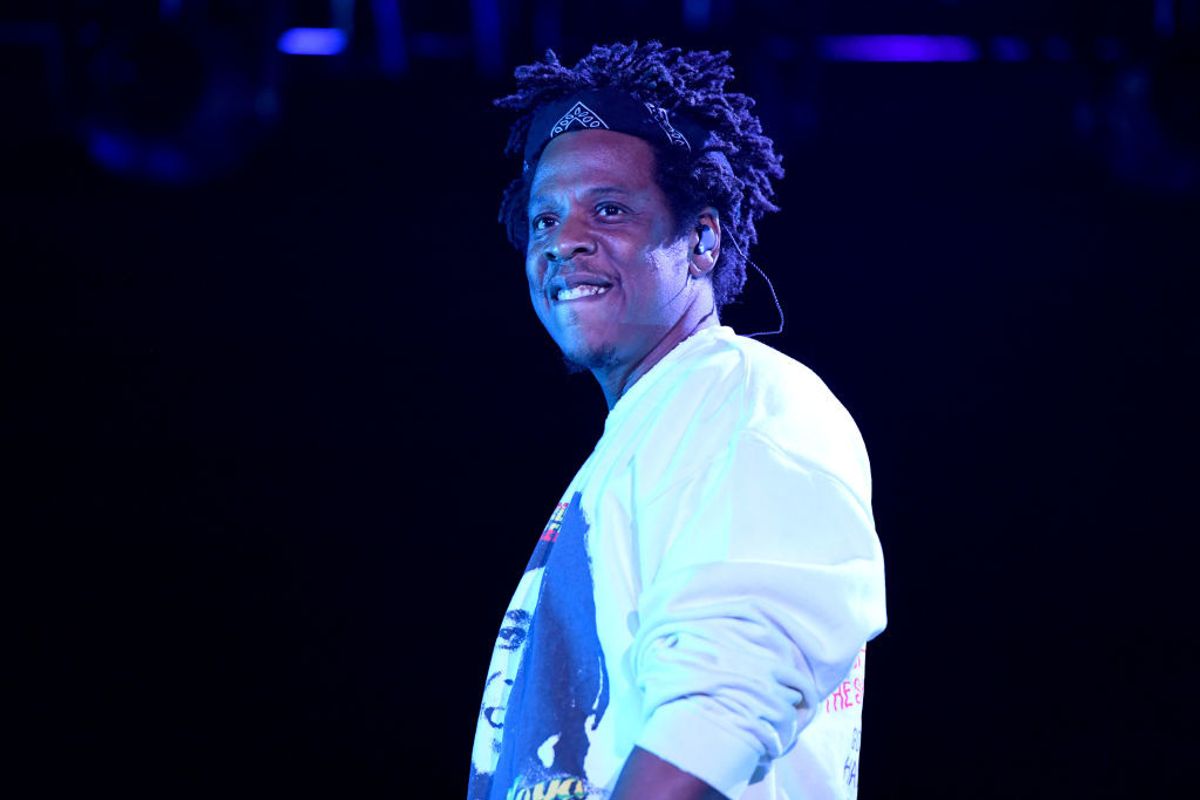 Jay-Z, the superstar rapper/entrepreneur who's been building an empire for more than two decades, is officially a billionaire, Forbes reports. He's the first rapper in history to achieve this milestone (Kylie Jenner is the youngest to do so).

Jay's entry into the billionaires' club, mind you, is a "conservative" estimate, so there's that to chew on. Forbes chronicles Jay's rise from growing up in Brooklyn's Marcy housing projects, where he was a drug dealer before beating many odds and becoming the elite hip-hop icon, label owner, philanthropist, and designer that he is today. Jay owns music and sports empire, Roc Nation, has ownership stake in companies like Tidal and Uber, an extensive art collection, and of course, obscenely priced real estate. Forbes reports that following the 2017 birth of his twins Sir and Rumi Carter with Beyoncé, the pair bought not one, but two matching homes: one, "a $26 million East Hampton mansion" and two, "a $88 million Bel Air estate."

He also is reportedly neighbors in his New York City hometown with folks ranging from Justin Timberlake to Taylor Swift (though, they could all easily have multiple New York properties between them, because wealth). The star also owns a Tribeca penthouse, which he snagged for $6.85 million back in 2004. Forbes further notes that Jay built his own brands; his very profitable Rocawear clothing line sold for $204 million in 2007, not to mention, D'Ussé, a cognac he co-owns with Bacardi. Obviously, this is all just pure, unadulterated Black Excellence.

So what else do people that super-rich, successful, and famous do but talk to other super-rich, successful famouses?Jay's cover story recalls a 2010 meeting between Warren Buffett and Jay, from which Buffett came away impressed. "Jay is teaching in a lot bigger classroom than I'll ever teach in," he said at the time. "For a young person growing up, he's the guy to learn from."

And mega-producer Swizz Beatz, who has crafted some of Jay's biggest hits like The Blueprint 3's "On to the Next One" and Beyoncé's "Upgrade U," believes Jay is indeed the blueprint for how one can go from nothing to extraordinary. "It's bigger than hip-hop... it's the blueprint for our culture," Swizz Beatz told the publication. "A guy that looks like us, sounds like us, loves us, made it to something that we always felt that was above us."