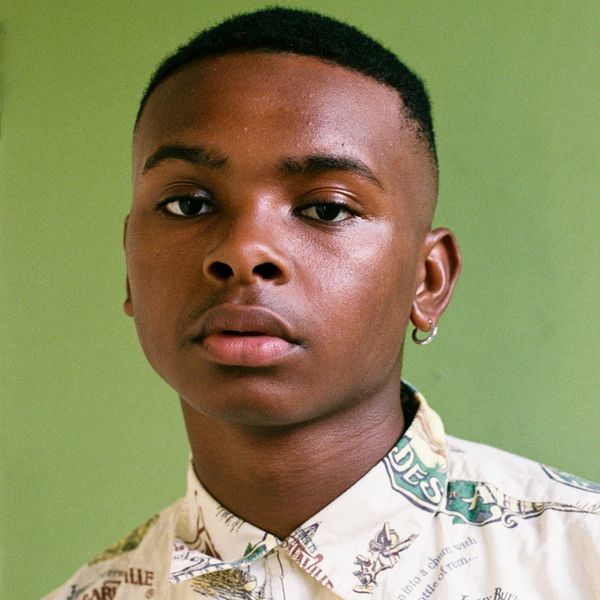 Jay Versace Is Here to Bless Your Timeline

Jay Versace, Internet genius, is just getting bigger and bigger. The 20-year-old comedian, who racked up more than 2 billion views on Vine before its untimely death, is beloved online (and by stars like Erykah Badu) for his hilarious videos, which incorporate celebrity impressions and elastic facial expressions and dancing and wigs, so many wigs. They're little works of art, and Versace says that he films them all spontaneously, working off whatever comes into his head. If somehow you haven't already, just start following him.

While he already boasts more followers than the combined populations of several states, Versace's only just getting started. He acts and models, and recently starred in a massive Sprite campaign — his face was even printed on the cans. He spoke to PAPER about what the celebs he imitates think about his videos (Kylie Jenner likes them), what the olds don't get about humor on social media, and how he doesn't want to be pigeonholed.

Do you collect the Sprite bottles with your face on them?

I started taking them when I saw them, but then I was like, "What am I going to do with all these bottles?" [Laughs] But it's really tight seeing it everywhere.

Are there any videos that you were nervous to put out?

Yeah, every time I post, I'm nervous about whether or not I should post it. The video can either be good and Break the Internet or do terrible. I'm always like thinking about that.

afro archangel jay on Instagram: “just putting some healing on the TL”

What is it like for you to have to deal with shitty people online? Do you look at the comments anymore?

Ever since I had started making videos, I have always had an abnormal amount of dislikes. I am just not the normal person. I'm the annoying type of person because I am unapologetically me, and with that comes a lot of hate. I have a lot of people who put a time stamp on my career, or who say a whole bunch of stuff like, "Oh, he's going to fall off." If I feel like there is something that I need to address, I address it. But random hate comments, I don't even look at them.

Does online hate affect you emotionally? If you were talking to someone who was trying to make it on the Internet, how would you tell them to deal with it?

For me, hate comments don't mean anything. If anything they make me want to keep doing videos more. I feel like for anyone who is going to start making videos and content, make sure that you are stable mentally, that you are ok with yourself and you are secure about yourself. Because once you join social media, every little thing about you will be pointed out.

afro archangel jay on Instagram: “How it feels when you light an incense 😂😂😂 tag 4 ppl and I'll spam your Instagram 😂💖”

Your celebrity impersonation videos are the best. I know you've developed relationships with people like Erykah Badu, but do you ever hear back from other stars you imitate, like Kylie Jenner?

I have definitely heard back from the people I've made videos about. I've seen Kylie Jenner before, and she told me that she liked my videos. I made a video of Jordyn Woods and have seen her plenty of times and have actually hung out with her before — she likes my videos. Most celebrities that I make videos about respond back, whether it's good or bad.

Did anyone get mad?

And what would you say that older people don't get about social media?

You've discussed coming out, and then feeling boxed in by the industry. Is your sexuality something that's easier for you to talk about now?

I want to show my talent first, and then you can learn about everything else after. I want to be in movies, but I don't have to play a gay role and all of that. If you want to learn more about the actor yes, he happens to be gay. I feel like if I were to do it the other way around, I would be boxed in.

Do you feel there are barriers in Hollywood when it comes to out actors? Do you think it could limit someone in a way that's unfair?

There is a different opportunity for everything you do. For the out and openly gay actors and entertainers, they do get certain opportunities, because people look up to them because of that. It also puts a restraint on you because people will keep mentioning that. They will shine a light on that, and not the other things that you're passionate about. That's not what I want to do. I want to show all parts of me.

What are your goals for the rest of your career?

I am working on being on TV more. Movies, TV shows, commercials, whatever. And I have other passions like modeling, fashion, and music. So, I want to do that but still keep a strong connection to social media. I want to do all the creative things.