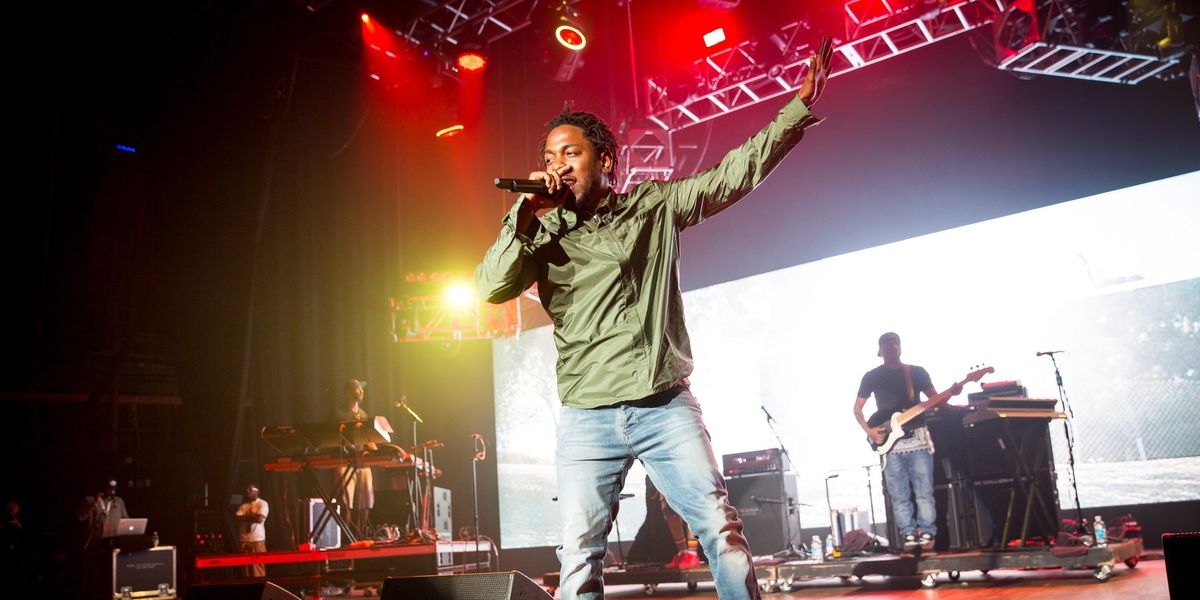 Since Drake/Meek Mill cooled off, we've been lacking a good rap beef. Today, Jay Electronica made a move to fill that empty spot by going after Kendrick Lamar. Last week, Jay Electronica hopped on Periscope to answer fans' questions and share his opinions of various rappers (50 Cent: "On some sucker shit." Drake: "Yeah, Drake is solid."). When someone suggested playing Kendrick Lamar, Electronica responded with a hearty "Nah, fuck that." He did say he was fond of Lamar's "Cartoons & Cereal" (because of Gunplay's feature). Another fan suggested Lamar could body Jay, to which he told them, "Kendrick would tell you himself he couldn't body me. Kendrick is my son, Kendrick is my baby. Kendrick wishes that he could be me." He continued, "Stop trying to put me and K.Dot against each other. That's my family."

Apparently there's a bit of tension in the family then. Today Jay dropped a new track, "#TBE The Curse of Mayweather," that takes a much less friendly shot at Lamar, focusing in on his Grammy nominations. Jay raps: "'He's got eleven Grammy nominations, ya'll not equal,'/ Man, fuck these white people. / My grandmother died at 82 scrubbing floors / And niggas still runnin' around beggin' for awards." He also referenced his Periscope diatribes, "I might be on Periscope getting' pissed/Talking reckless, contemplating all-out war with Fif." You can hear the whole track below.

Lamar has yet to respond, presumably because he has at least eleven more pressing things to worry about tonight.