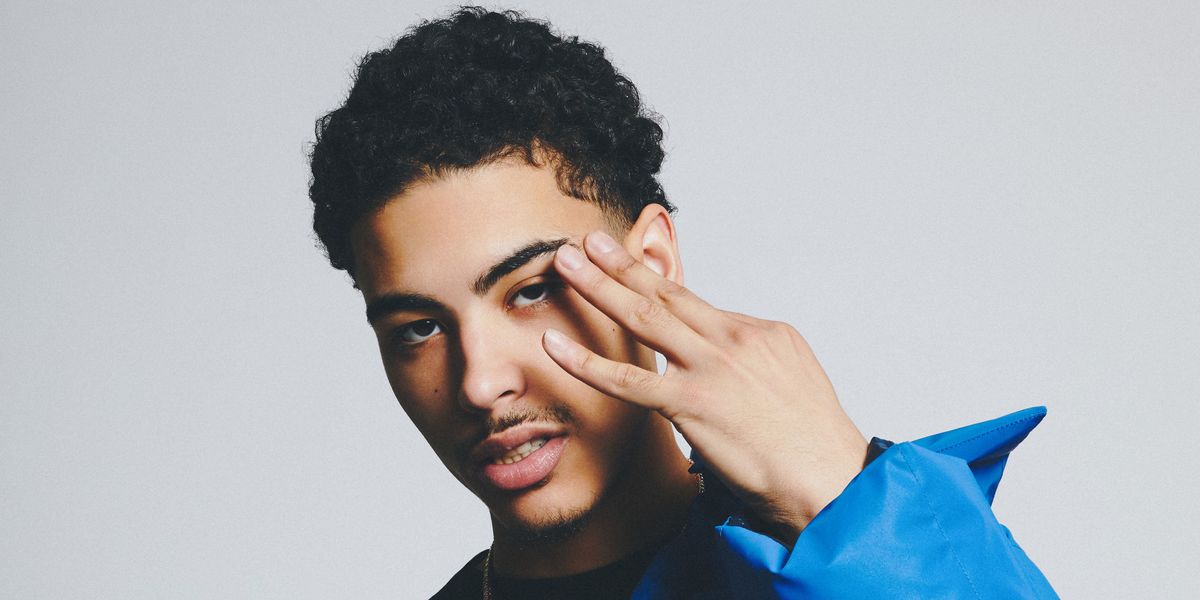 New York Rapper Jay Critch Is Up Next

Jay Critch first drew attention three years ago when his track "Man Down" blew up on Soundcloud. At the time, it was a rarity in its field — the song had a kind of bounce that was different than most of the auto-tuned, over-processed hooks that were popular at the time. It was raw, uncut and purely New York. Before the release of "Man Down," Critch's name was already quietly buzzing around the city, on street corners, and booming out of car speakers, as a go-to artist for the aux chord. To the boroughs, he has long-been a local pop star.

Now, if you were to ask any millennial who springs to mind when it comes to those raising the profile the New York rap scene, "Jay Critch" will likely be an automated response. And listening to tracks like "Adlibs" and "In-And-Out" while seeing him featured on Future's Hendrix tour, proves that Critch is keeping that same energy that got him his buzz in the city.

I met up with the Trinidadian-Guyanese, New York-native at his new label, which he now shares with hip-hop giants like Kendrick Lamar. Signing was another check off his bucket list, and his brother-like bond with labelmate Rich the Kid meant choosing Interscope Records as a home particularly appealing. Despite his recent success, Citch didn't reach the mainstream overnight. His career began with recording with friends, hoping to catch the attention of the Internet. Which he did, of course.

Hood Favorite on Instagram: “Use to see it in my dreams 💭”

Critch's producer, Lil Ron, seated two seats down and working from his laptop, joins in on exactly how they've been able to score consecutive buckets for so long, "I really don't even try to think about it," he says. "I usually just create, I make beats all day. Usually, I play Critch all types of stuff I'm working on. Sample stuff, original stuff, something that might have the Cali sound, or something that's more New York-based. I just let him do his thing most of the time because at this point, I trust him enough to just alley-oop."

Like Lil Ron, Critch's own approach to making music is the furthest thing from calculated. He works more off feelings and instincts than planned out pen-to-pad writing. "I don't write anything," Critch says. "I just play the beat in the studio and start working through it. I start recording line by line. And I just be freestyling. I just think of it off the top of my head. I just piece it through, work through it and record the whole song. I don't even write, I just listen and kinda record how I feel, like, at the moment."

But don't mistake his studio freestyling for a lack of lyrical ability. Critch has no trouble at all pairing lyricism with New York swag. "I feel like I'm very lyrical," he says. "But I can still rap on any type of beat, like, give me a track with fast-paced stuff, it don't gotta be all straight old-school type sound. I'm new school with the lyrics." This earned him his reputation as one of this generation's hook-gods. Critch has seamlessly integrated New York youth culture into all of his music, from lingo to slang, while keeping up the beat. His ability to take a New York sound and add his own wave to it, is what makes his sound so addictive.

Related | Nas Returns to His Roots with Sweet Chick

Noticeably towering over everyone in the room, Critch is the strong, silent type — carrying himself with quiet power. He emphasizes the key to maintaining momentum is versatility. "You don't want to have the same sound," he says. "You want to be able to do any type of beat and be able to body them on any good track. I just try to switch up the type of piece I pick to do what I do in the studio and switch up the producer I'm working with."

He also speaks on the current state of the New York rap scene with high hopes, 2017 was the year the New York rap world dominated the charts, after all. Then came the critics, with many fans accusing North-East Coast rappers of mimicking down Southern sound. Critch is among the likes of Dave East, Don Q, and A-Boogie, all of whom are keeping the traditional New York vibe alive for the culture.

Hood Favorite on Instagram: “BK nigga all about my cheesecake”

"I feel like it's good, as long as you don't just completely throw away the original New York sound," he says. "You don't want to just be a New York rapper that sounds like all of the original New York rappers. I'm trying to be me. I'm trying to be Jay Critch and niggas like that. I'm still influenced by the greats, but it's like you take what you got from them and it kind of just becomes your own, you add your own things to it and you got your own sound."

Though little is known about his personal life, outside of music Critch is certainly known for his fashion prowess. Hip-hop has influenced trends for years, but Critch takes it to another level — embracing a high-low hybrid (designer-meets-normcore-meets-street style) that you'll already find infiltrating Instagram's explore page. When asked about his personal style, Critch laughs. "I feel like I got a New York style, but you know, with the foreign drip, you know what I'm saying? Like the little designer Jay, designer drip, still throw on some Timbos."

Perhaps herein lies the reason for Critch's rise — he has mastered the balancing act of projecting humble and hungry at the same time.