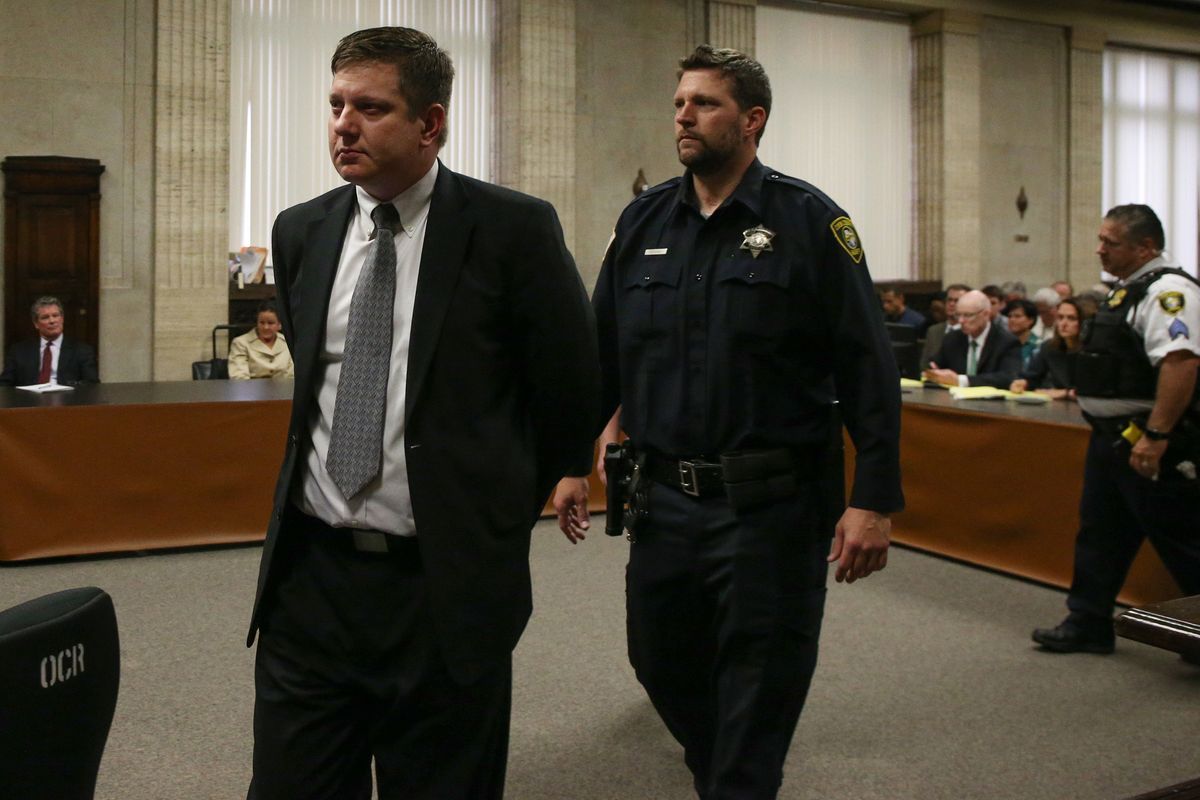 Jason Van Dyke, the white police officer who killed 17-year-old Laquan McDonald, a black teenager in 2014 has been found guilty of second-degree murder and 16 counts of aggravated battery, one for each shot he fired at McDonald, the Washington Post reports.

The verdict, which was reached this afternoon by a jury of eight women and four men, comes nearly four years after Van Dyke shot the teenager 16 times on October 20, 2014.

Although Van Dyke was shot just shortly after Michael Brown, the circumstances of his death would not come to light until a year later in 2015, when a judge ordered the Chicago police to release the gruesome dashcam video of the event, which revealed McDonald walking away from Van Dyke while the officer open fired.

Three officers were indicted last year on charges of conspiring to cover up Van Dyke's misconduct.

McDonald's death was a watershed moment for the Black Live Matter movement, and the ongoing upheaval of the Chicago police department. After the footage was release, Garry McCarthy, the police superintendent (who is now running to be Chicago's mayor) and the state prosecutor who waited an entire year to charge Van Dyke were fired while the event incited an investigation of the Chicago police department by the U.S. Department of Justice, which found Chicago Police officers inadequately trained.

Many believe the controversies surrounding Rahm Emanuel's failure adequately address the situation contributed to his decision not to seek a third term as Chicago's mayor.

Van Dyke's sentence is being heralded as a rare moment of justice in the struggle to end police brutality. It is the first murder conviction of a Chicago police officer in 50 years.

Guilty verdicts are incredibly rare in cases of police brutality against Black Americans nationwide. The Root reports that between 2005 and 2017, 33 of the 49 people killed by indicted cops were black, but only five officers were convicted, making the homicide conviction rate for black victims a mere 12 percent, compared to the nationwide general homicide conviction rate of 70 percent. Among the police officers involved the highly publicized deaths over the last several years which have drawn scrutiny from the Black Lives Matter movement including those of Alton Sterling, Philando Castile, Michael Brown, Eric Garner, Tamir Rice, John Crawford, Freddie Gray, none have been charged with murder.

Read more about the case and trial at WBEZ and the Chicago Tribune's series exploring the case "16 Shots."