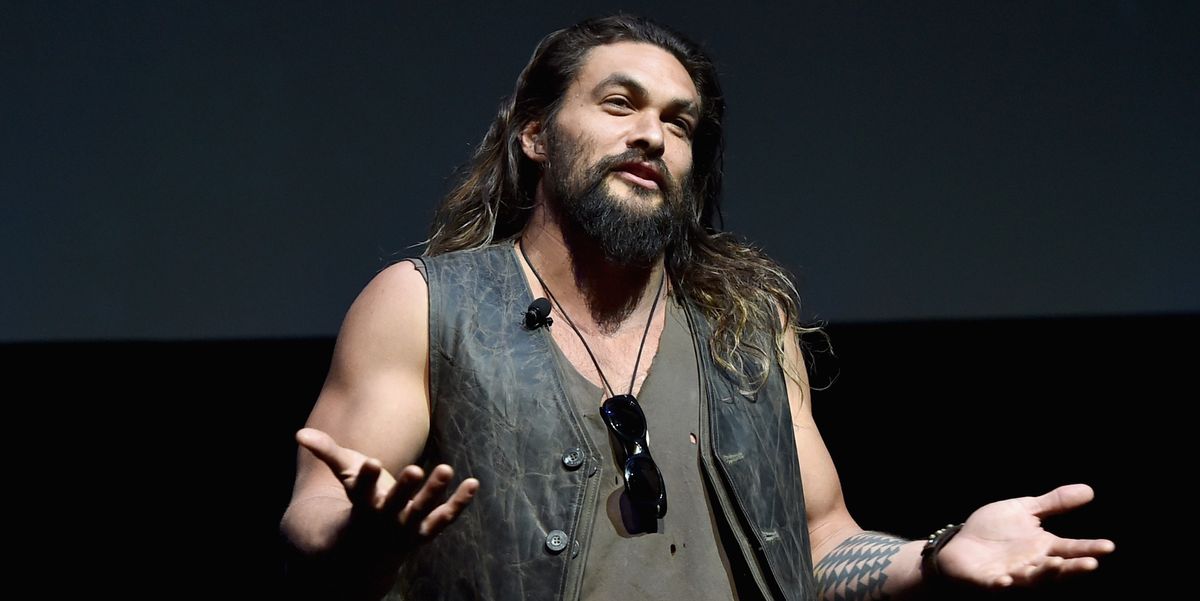 Jason Momoa has come out to apologize for his 2011 joke about "raping beautiful women" which resurfaced and made the rounds yesterday. In a post on Instagram Momoa issued the following statement:

"I awoke in Australia to the justified reactions by many people to a distasteful joke I made years ago in Hall H for which I am sorry. I am still severely disappointed in myself at the insensitivity of my remarks that day. I know my sincerest apology now won't take away those hurtful words. Rape and sexual harassment can reach anyone and I have seen first hand its painful torment among members of my own family and friends.

I made a truly tasteless comment. It is unnacceptable and I sincerely apologize with a heavy heart for the words I said.

As the internet continues to reel from the explosive allegations about Harvey Weinstein's routine sexual harassment, abuse and predation of women, other instances of Hollywood's permissive attitude towards inappropriate sexual behavior are coming out of the woodwork. Jason Momoa's name just got thrown into this conversation for a disturbing clip from Comic Con 2011 making the rounds on Twitter. On a panel for Game of Thrones where he discusses his warlord character Khal Drogo, he lists all of the things he likes about playing a role in a fantasy show, including that he gets to "rape beautiful women:"

"But as far as sci-fi and fantasy, I love that there's so many things you can do, like rip someone's tongue out of their throat and get away with it … and rape beautiful women. Next question."

Yes, he seriously said that. The rest of the cast on panel looked pretty shocked, and buried their heads in their hands while the audience erupted in laughter. I'd note that the show runners D.B. Weiss and David Benioff, who frequently employ brutal rape scenes as plot devices on the show, are laughing too.