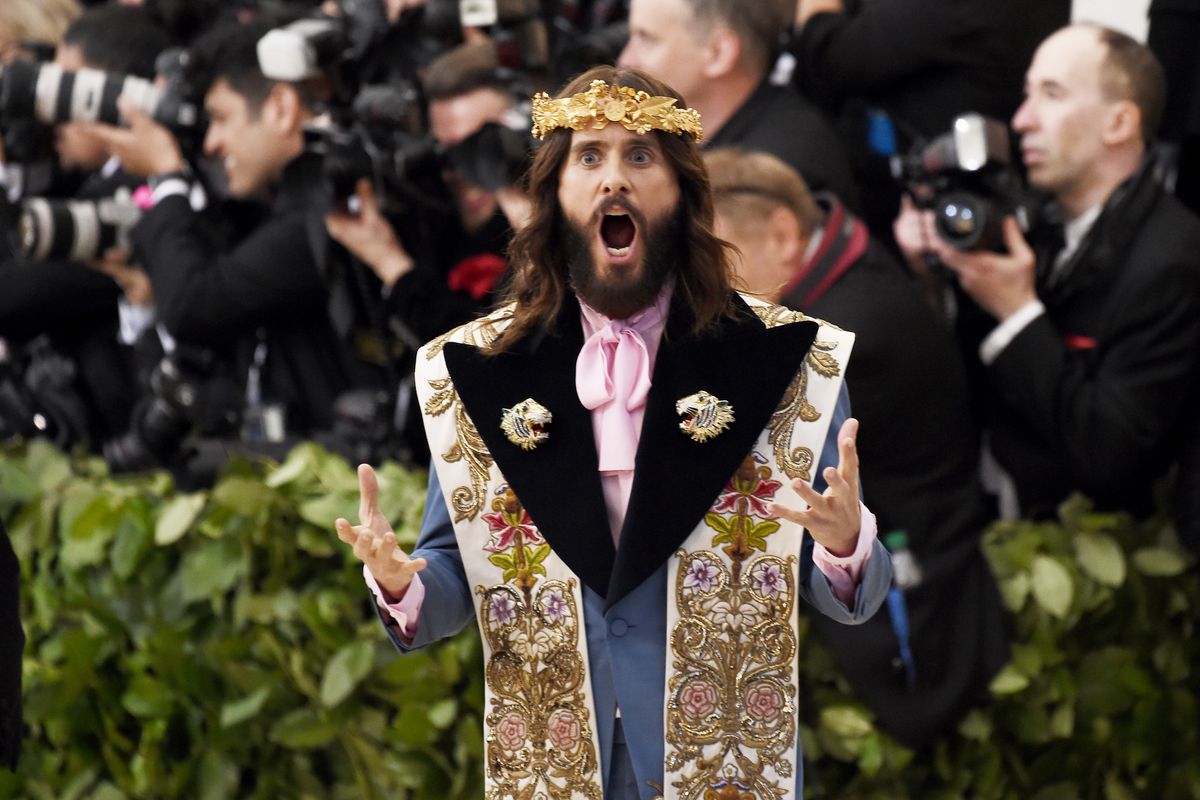 I personally haven't not checked my phone in 12 days since I was 15 (I was furious my parents made me wait till sophomore year, though of course I now know I'd be smarter and happier if they'd never obliged). Anyway, Jared Leto can't say the same. The 48-year-old actor was apparently living in blissful ignorance for the past two weeks, during which the Covid-19 pandemic infected 4,500 Americans, killed nearly 100, and shut down industries now laying off thousands of workers.

"Wow" Leto wrote on Twitter at 1:30 AM this morning, when he got back to his phone after 12 days at a silent meditation retreat.

"Walked out yesterday into a very different world," he continued. "One that's been changed forever. Mind blowing - to say the least. I'm getting messages from friends and family all around the globe and catching up on what's going on."

Leto lives in a $5 million former military compound in Hollywood (quirky!) which has the highest rate of infection in Los Angeles county, though coronavirus doesn't discriminate among the rich and famous. Fellow movie stars Tom Hanks and Idris Elba have both tested positive for the virus (Hanks in Australia and Elba in London). In LA, like New York, all schools, gyms, movie theaters, bars and venues are closed, and restaurants are only permitted to serve takeout food, taking a massive toll on the city's workforce, especially those in nightlife and film production. The city hasn't declared a shelter-in-place policy, like San Francisco did yesterday.

"Hope you and yours are ok. Sending positive energy to all," offered Leto. "Stay inside. Stay safe."

Leto's plight is somewhat similar to the cast of Germany's Big Brother, who, living in a house without internet access or outside communication, still have no idea that coronavirus has reached Europe. It's hard not to be jealous.