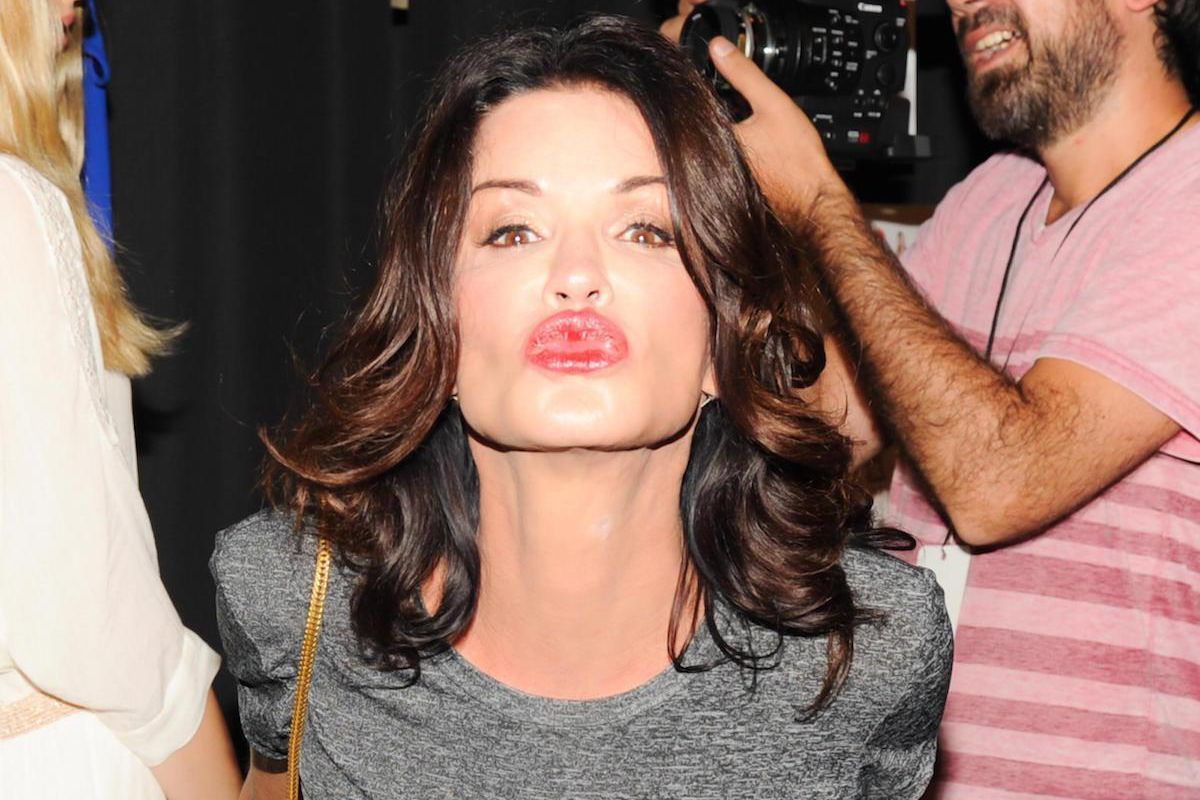 Former supermodel and former America's Next Top Model judge Janice Dickinson had some unfortunate words for the Kardashians, when commenting on the new ANTM reboot, and the scion-turned-models who've saturated the pop-culture psyche.

...and when pressed about the famous family, Dickinson managed to not only discredit their hard work, but body shamed them:

We had to work on our own merit…Kim Kardashian made the cover of Vogue which made, made me want to vomit it was crazy…They're not models! They're, they're reality TV stars! You know modeling is extremely hard work. You have to have perfect proportions—uh, the Kardashians do not have couture proportion.

She singled out Kendall Jenner's meteoric rise to fame in the fashion world:

I think [Kendall is] lovely. Don't get me wrong, but I don't think she's a supermodel, I don't. ... Give me a break. You think that's supermodel? That is not supermodel. She can't beat me. She can't. Apples and oranges.

She added that she would consider someone like Lily Rose Depp a "real model."

I don't know, I mean like Kris, Kim, Kourtney ... the plastic in their asses would pop if they really started bouncing around because they've got so much silicone, or whatever they use for those large butts.

And dragged Kendall, once more:

I think Kendall is too vain, she probably just sits there and smokes a vape.

When speaking about supermodel and current judge on the new ANTM, Ashley Graham, Dickinson contradicted her shamey comments, by praising Graham for breaking stereotypes and stigmas surrounding ideal female body types in modeling:

I've got to give Ashley Graham credit, because there are so many beautiful large women out there, ya know? And beauty is in the eyes of the beholder, it really is…Ashley Graham doesn't give a rat's as what I think about her, but I think for her to make that cover, it's a big stand for women all over the world. You know, of course that was photo retouched too, because they all are, but I think it was a major, major, major plus for plus size models and large women…I think it's fantastic that she did that cover and that she gave so many women hope.