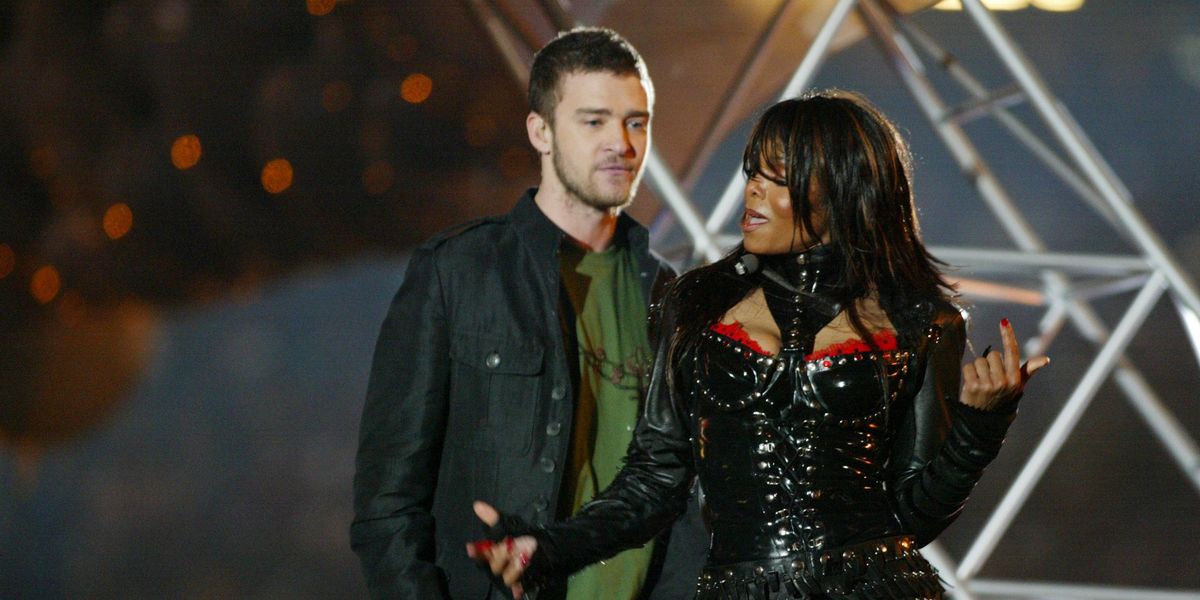 What goes around goes around goes around comes all the way back around, as Justin Timberlake of all people should certainly know by now. The production team behind Framing Britney Spears is reportedly working on a follow up series that will investigate in detail the famed "nipplegate" incident where Timberlake "accidentally" exposed Janet Jackson's breast at the 2004 Super Bowl, and it's expected to confirm the longtime rumor that the entire controversy was pre-planned.

Public interest in nipplegate was renewed by revelations in Framing Britney Spears when it premiered on Hulu in February,and viewers latched on to the extent that Timberlake was forced to finally issue a public apology to Jackson, alongside Spears, almost two decades after the fact.

"It's going to be all about the fallout and the suits who fucked over Janet [at] Viacom," a source told Page Six about the upcoming documentary. "They did the Britney doc without [Spears], and there's been more interest in the Super Bowl since that documentary premiered and Justin apologized."

And there'll be plenty of sources: "They're reaching out to everyone who was involved: dancers, stylists, directors. Everyone."

Jackson's Super Bowl stylist Wayne Scot Lukas has claimed in the past that Timberlake helped orchestrate the wardrobe malfunction, in a bid to compete with Britney and Madonna's infamous publicity stunt kiss at the MTV VMAs. Remind us again why Gen-Z is so nostalgic for the 2000s?

No further release info for the documentary just yet, but it sounds like something a streaming service would snap right up. There are, well, some ethical questions: Are these documentaries not just a woke 2021 reiteration of the obsessive media attention that helped destroy the careers of Spears and Jackson in the first place? Are they re-traumatizing for the people involved? Who exactly is profiting from them being made?

Still, we're always open to a reassessment of Justin Timberlake's questionable 2000s behavior. Here's hoping that Jackson will agree to speak on camera, where Spears declined. Now that would be interesting.