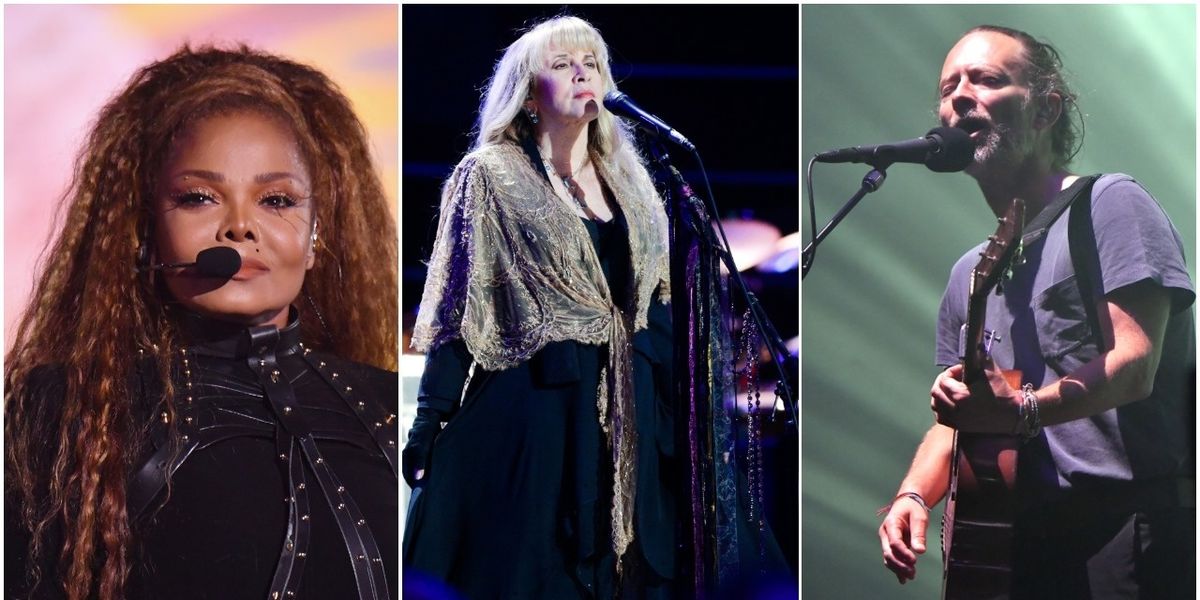 Janet Jackson, Stevie Nicks, and Radiohead to Join the Rock Hall of Fame

The inductees for the Class of 2019's Rock and Roll Hall of Fame have been announced, and it's an eclectic, history-making bunch. The list of those being honored at next year's annual ceremony include Janet Jackson, Radiohead, Stevie Nicks, The Cure, Def Leppard, Roxy Music (including Brian Eno), and The Zombies.

We are particularly interested in those first three, seeing as how Janet will be the latest legendary Jackson entering the Hall of Fame, following her brothers Michael and Jackson 5. "I am truly honored and I am happy to be in there with my brothers," she said in a statement.

Radiohead, who have notoriously criticized the Cleveland-based Hall, and tend to buck industry standards in general (they were among those who initially resisted the rise of streaming platforms like Spotify and Apple Music), gave a decidedly canned statement that leaves it to chance regarding whether or not they'll show up to collect their honor.

But Stevie Nicks, who is making history this year as the first woman in the Hall of Fame's history to be inducted twice — the first time was in 1998 with Fleetwood Mac — had some particularly choice words: "I have a lot to say about this but I will save those words for later." Which, of course makes us wonder by "a lot to say" she means expressions of gratitude and also Lindsey Buckingham, who was fired from the band earlier this year.

I guess we'll see soon how that all turns out, plus, shows, like, imagine if Janet and Stevie sang together. Would you die? The Rock and Roll Hall of Fame induction ceremony happens live at Brooklyn's Barclays Center on March 29 and will air at a later, as-yet-unannounced date on HBO.

Meantime, here are a few iconique moments from the leading trio of acts from the 2019 Rock and Roll Hall of Fame inductees.