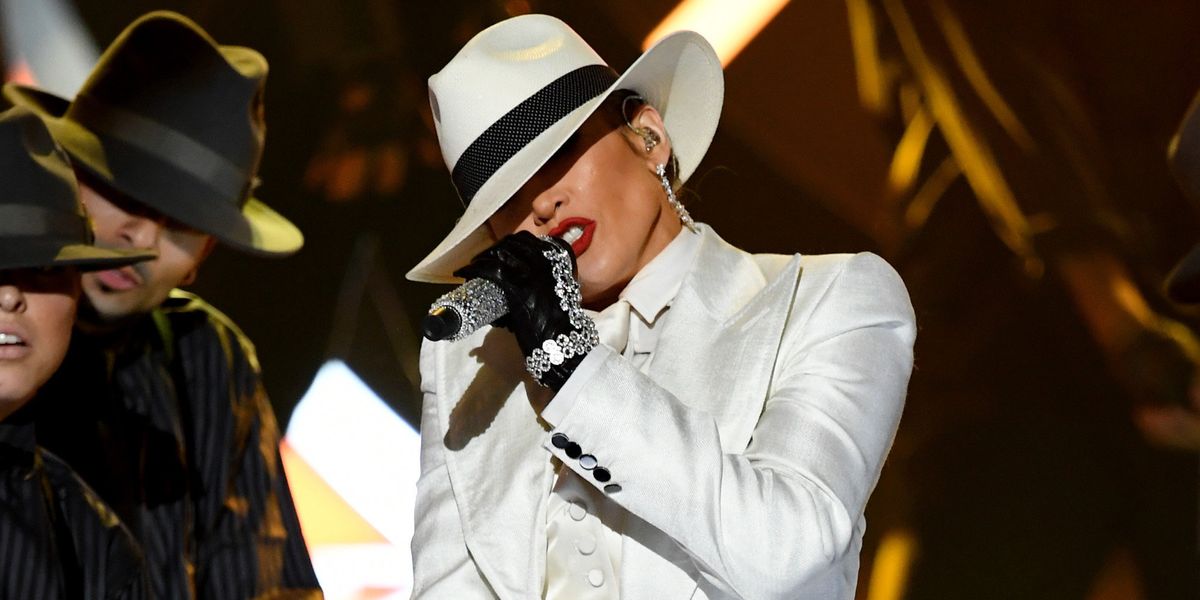 J.Lo Wore a Three-Piece Suit to the BBMAs in Honor of the Jacksons

At the star-studded Billboard Music Awards this weekend, Jennifer Lopez changed up her look from her typically form-fitting, sexy outfits to a white three-piece suit perform her new single, "Dinero." With a strong silhouette, cinched waist and perfectly tailored pants (not to mention a hat so low her eyes were almost covered and bedazzled accessories including gloves, a belt, wallet chain and rhinestone-covered microphone), J.Lo paid tribute to Michael and Janet Jackson's iconic looks from videos like "Smooth Criminal" (1988) and "Alright" (1989).

Janet was honored by Billboard as the first woman black woman (somehow) to win the Icon Award, and she returned the love with a career-spanning performance and empowering acceptance speech.