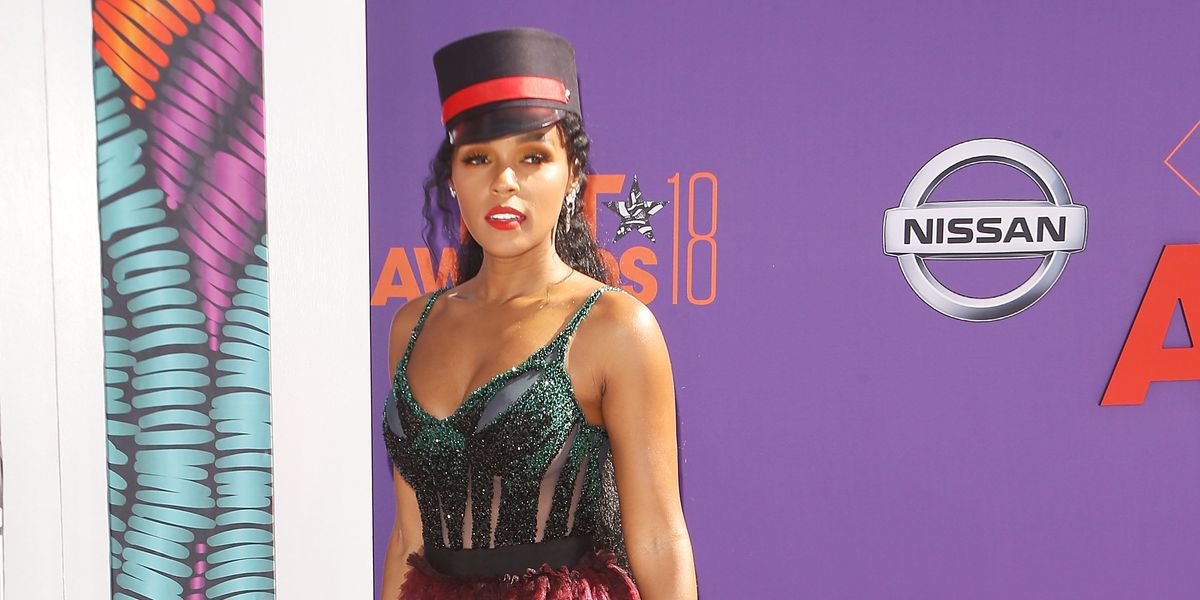 No one was ready for Janelle Monáe's rainbow colored tiered dress at the BET Awards last night. (And honestly, who ever is ready for an iconic Monáe lewk?)

The singer recently came out as pansexual on the heels of her Dirty Computer album's release this spring, and that revelation opened healthy discussions about what pansexuality is, and helped broaden mainstream awareness of queer identity.

Related | Janelle Monae Is Out As Pansexual, and Here's What That Means

Pride Month, as we all know, is year-round, and it seems this year, more than ever, conversations around queerness have been increasingly more fluid.

So, enter the dress you've all been waiting for, designed by haute couture designer Nicolas Jebran. Monáe accessorized her look beautifully with Tiffany & Co. jewels and a rainbow crystal-bedecked clutch. She posed solo and alongside two other stunning women because Black Excellence is a redundancy.

Monée, ever the fashion innovator, also performed Dirty Computer singles "Django Jane," and "I Like That," in checkered high-priestess hotelier brilliance with a crew of Electric Ladies (a free cookie if you get the reference!).

In other news, the fearless advocate otherwise captured the spirit of Pride when she spoke out Sunday night post-festivities about the Trump Administration's recent immigration policies to TMZ paparazzi, saying that the protests surrounding the crisis are "just the beginning." In case you're reading and are confused by what I mean by the spirit of Pride, just remember that it all started as a series of protests and riots by LGBTQ people who refused to be silenced.