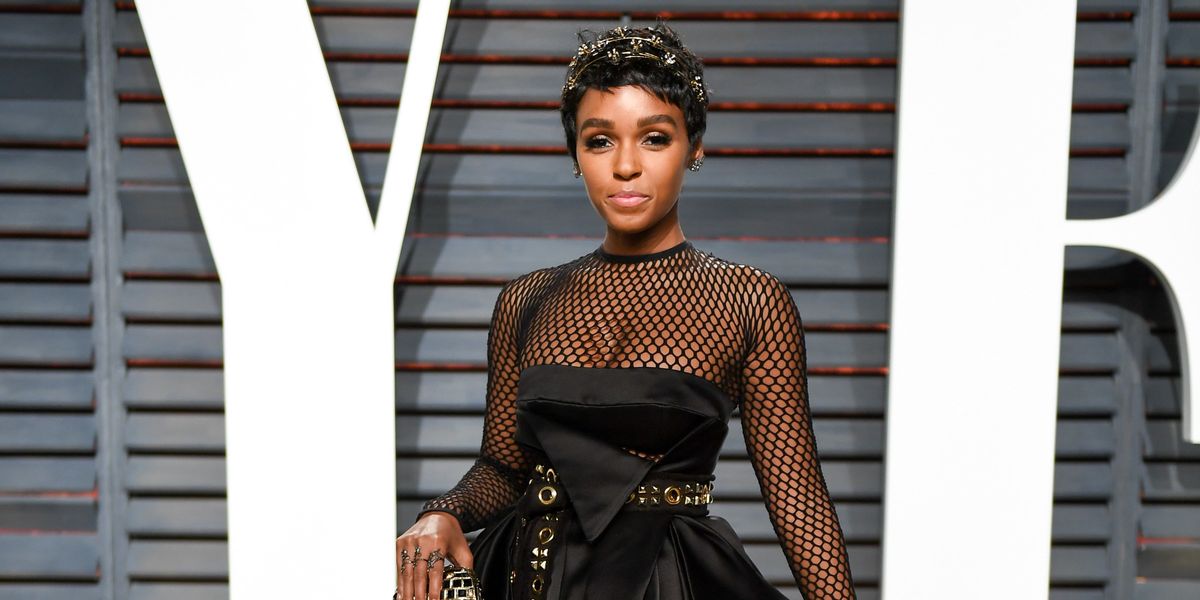 Janelle Monáe just released her excellent fourth album, Dirty Computer, which delivered us a tracklist of life-affirming moments. Leading up to the LP, the singer released a number of music videos, including one for her feminist empowerment anthem, "Pynk." The visual has a rose-tinted hue, and features extravagant pink pants that look like vaginas and naturally caused a lot of buzz on the Internet.

Now, Monáe is trying to make them available for sale. In a recent interview with People, she said she's looking into mass producing the pants, which were made by Duran Lantink. She said, "I'm so tickled and honored that people are talking about the 'Pynk' pants, I think that it's so cool to have discussions around women's issues and women's bodies, I think it's amazing."

She also clarified that the pants are not just about vaginas or about asserting that only people with vaginas are women. Instead, they are meant to celebrate femininity more broadly. She added, "Sometimes I think people interpret those as vagina pants, they call them vulva pants, they call them flowers, but it just represents some parts of some women. There are some women in the video that do not have on the pants, because I don't believe that all women need to possess a vagina to be a woman. I have one I'm proud of it, but there's a lot of policing and controlling that people are trying to have over our vaginas and when you think about female genital mutilation, when you think about all these women's issues, I wanted to make sure we were discussing these issues but we were also celebrating each other."

to all the black girls that need a monologue that don’t have Vaginas, I’m listening https://t.co/pyjStgkDKu
— Tessa Thompson (@Tessa Thompson)1523390114.0

Monáe and Pynk costar Tessa Thompson previously made similar comments about how women do not need to have vaginas for their gender identity to be valid when the music video came out. Thompson wrote "to all the black girls that need a monologue that don't have Vaginas, I'm listening," and Monáe tweeted, "Thank you to the incomparable & brilliant Tessa Thomson for helping celebrate US (no matter if you have a vagina or not) all around the world !"