Sometimes it's hard to be proud during Pride. Janelle Monáe attended her first ever Pride parade this June in New Orleans. That same day a(nother) trans woman of color by the name of Layleen Polanco was found dead in her cell at Rikers. The 27-year-old House of Xtravaganza member is one of 12 trans women killed this year on record, and underlines an increasing issue of violence against Queer and Trans People of Color (QTPOC). Although these exist separately, Pride is oftentimes a month that makes it much easier to focus on the former (parades, rainbows and glitter that gets stuck in your hair for years) instead of the latter (the fact that many queer people are still largely at risk of violence and oppression).

Over the phone, Monáe unpacks parts of her past and dives into the 2018 Grammy-nominated Dirty Computer, but her passion pops out elsewhere. She mostly leans into battling bullies ("We have to be taught how to deal with bullies and bullies need to be taught the repercussions of bullying somebody"), creating active change ("Sexual identity needs to be taught in school. There should be courses on mental health, how to coexist, how we can all learn from each other"), and the importance of empowering and standing up for QTPOC ("In the same way we want white folks to support us and be better allies and use their privilege to make change in those power dynamics, it's up to us to protect those who may not be as privileged"). 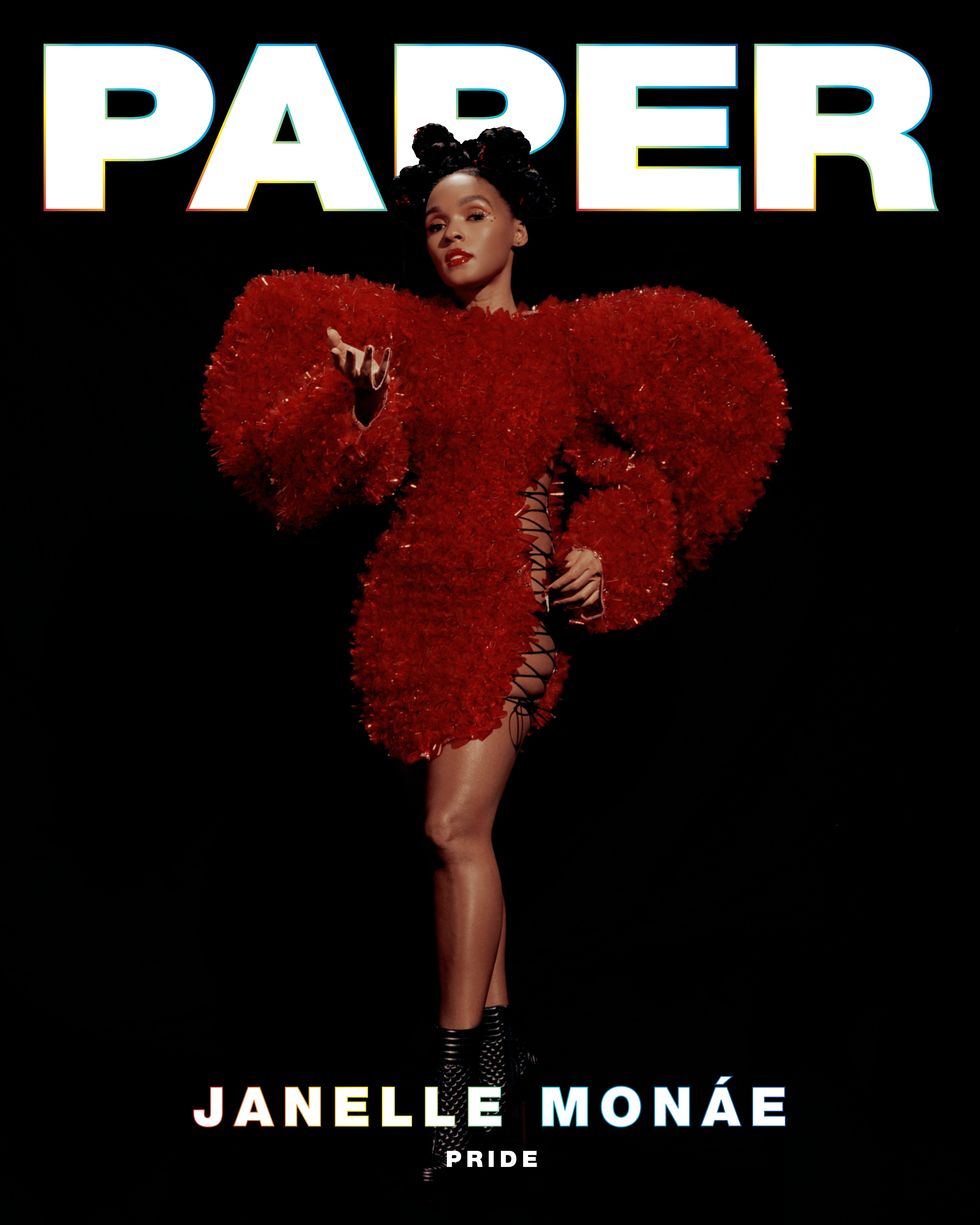 Throughout the conversation, Monáe is steady in the way she speaks, but her tone shifts and her pace increases when reaching these topics. The performer's anger and sadness are palpable and warranted. "I look to Indya Moore, Mj Rodriquez, Janet Mock (my Pose family)... Laverne Cox, those women are putting themselves and their lives on the frontline everyday. When their trans sisters and brothers get murdered, they feel it. We have to support them... It's just a responsibility I feel. I could do better. I'll do better."

This isn't the first time Monáe, someone at the epicenter of pop culture, has recentered the narrative to focus more on one of the most othered groups in the LGBTQ community instead of herself. Although Monáe can only attest to her own experiences, she has actively made sure to advocate, and make space, for her entire LGBTQIA community. Her performance of Dirty Computer's "Americans" on The Late Show with Stephen Colbert opens on Pose star Mj Rodriquez, who's trans, before the camera slowly pulls out to reveal a group of POC femmes holding each other. She sings a song that says: 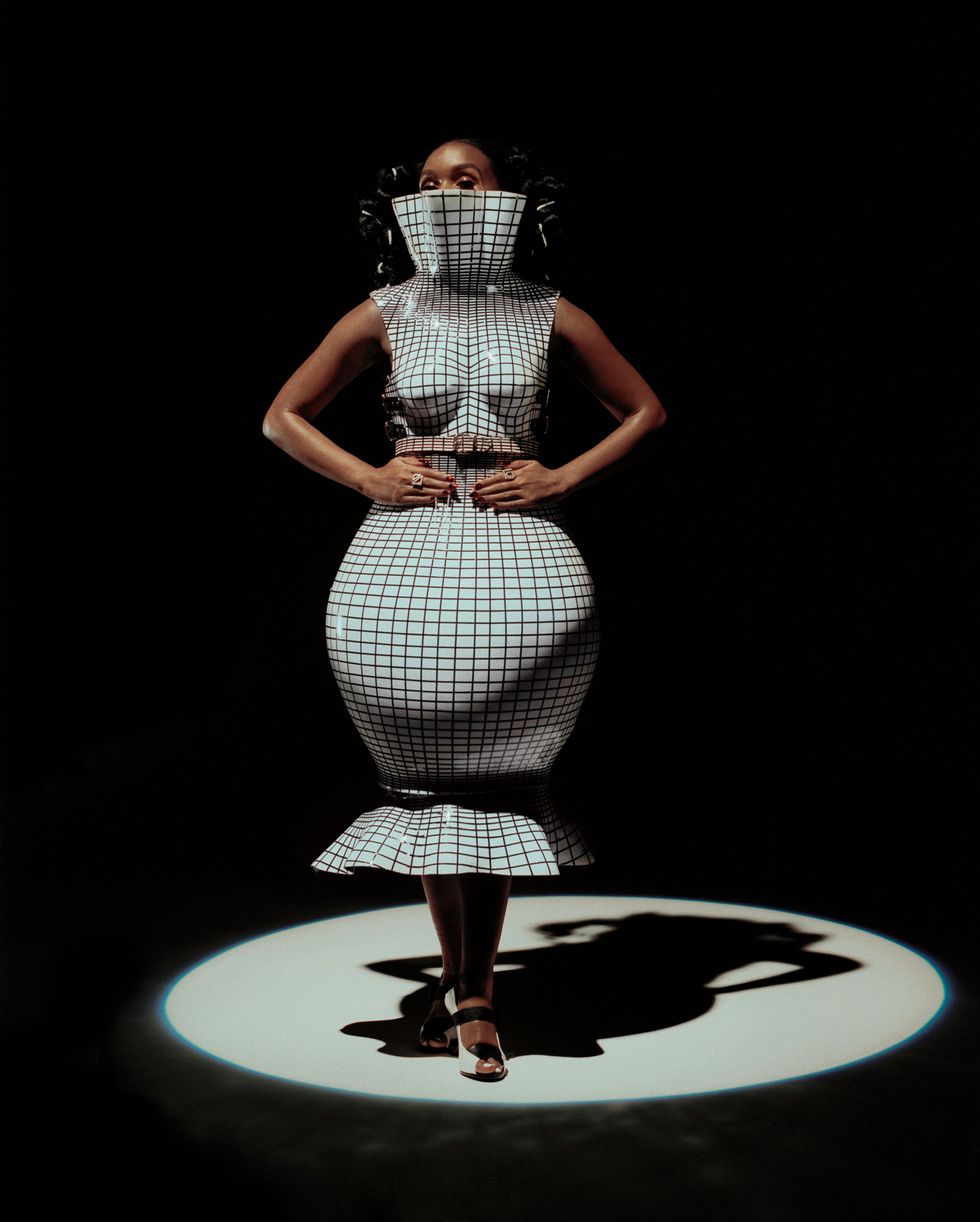 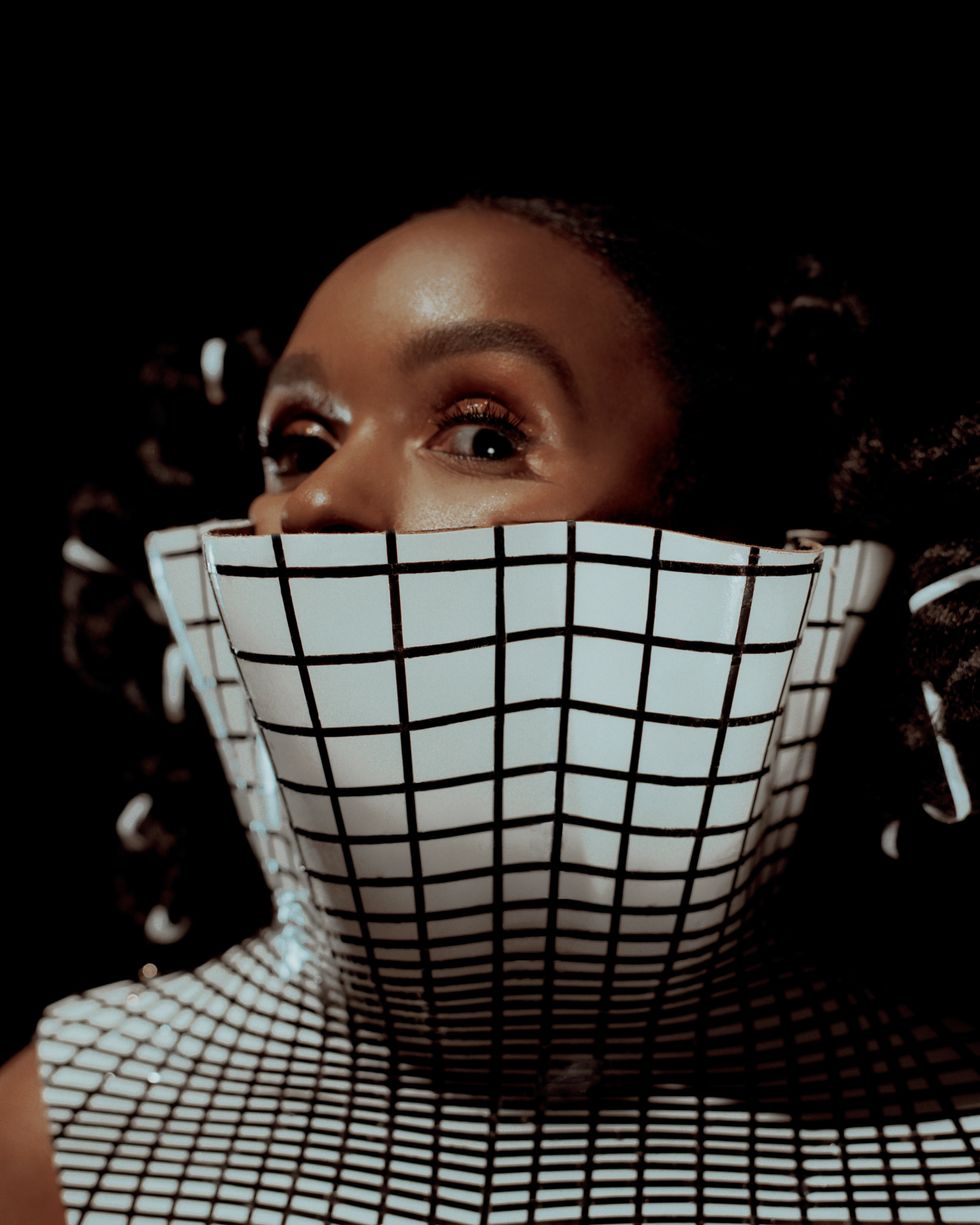 Monáe publicly dedicated her two Grammy nominations to her "trans brothers and sisters," who she says "are shunned from these sorts of events." Institutional award shows, including the Grammys, are inherently and historically spaces of white, cis, male privilege. While they have recently gotten Blacker, our understanding of diversity must always continue to grow more intersectional. This is part of what Monáe is working toward herself, and advocating for from her audience.

Dirty Computer itself was an honoring of the 'other,' full of anthems for the ostracized. The genesis of the project was birthed from her understanding of Monáe's own self. Her "walking in truth" got her two Grammy nods, a GLAAD Media Award for Outstanding Music Artist, and was named one of the Albums of the Year by The New York Times, Complex, TIME, and Rolling Stone, among others. 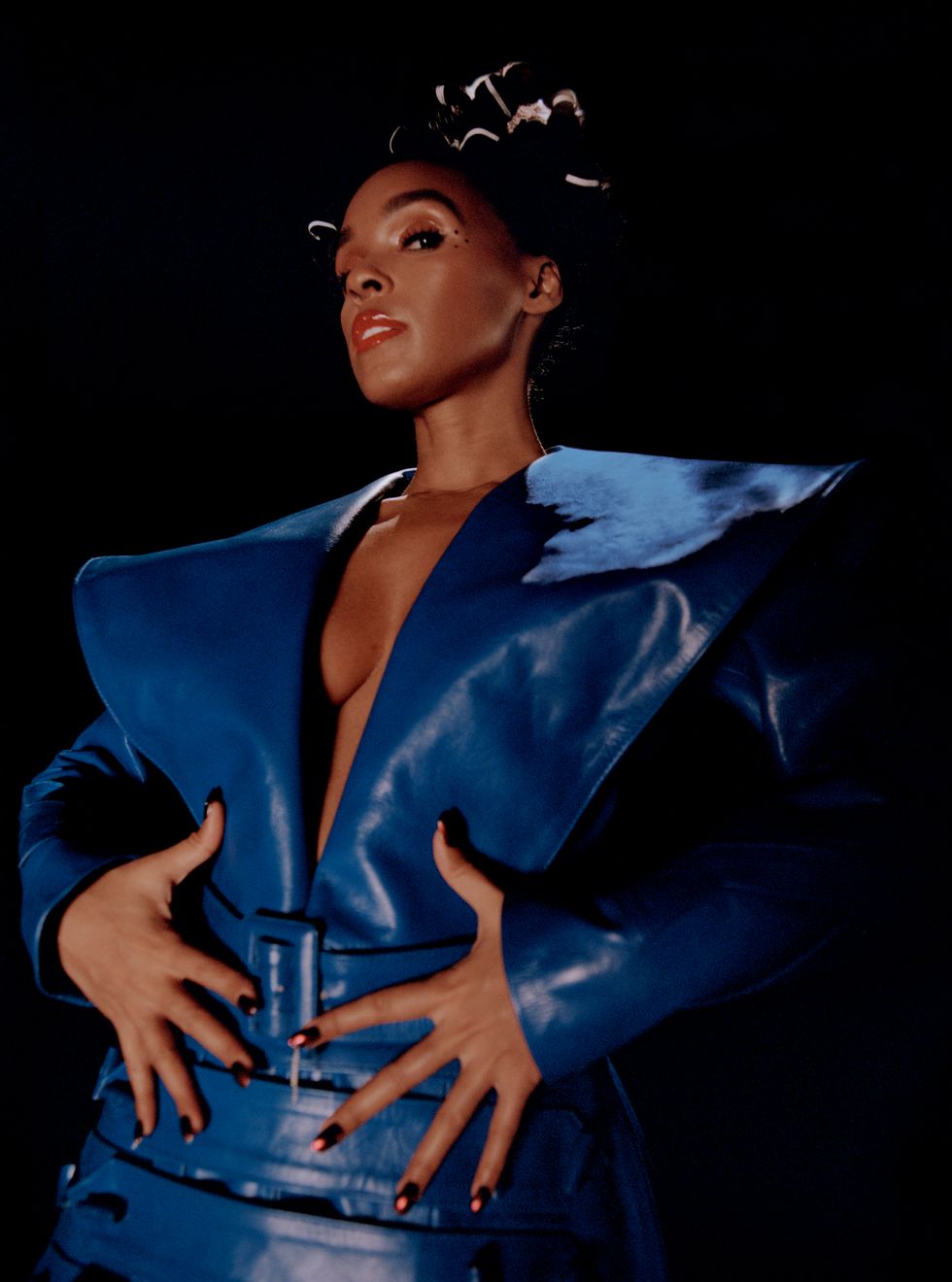 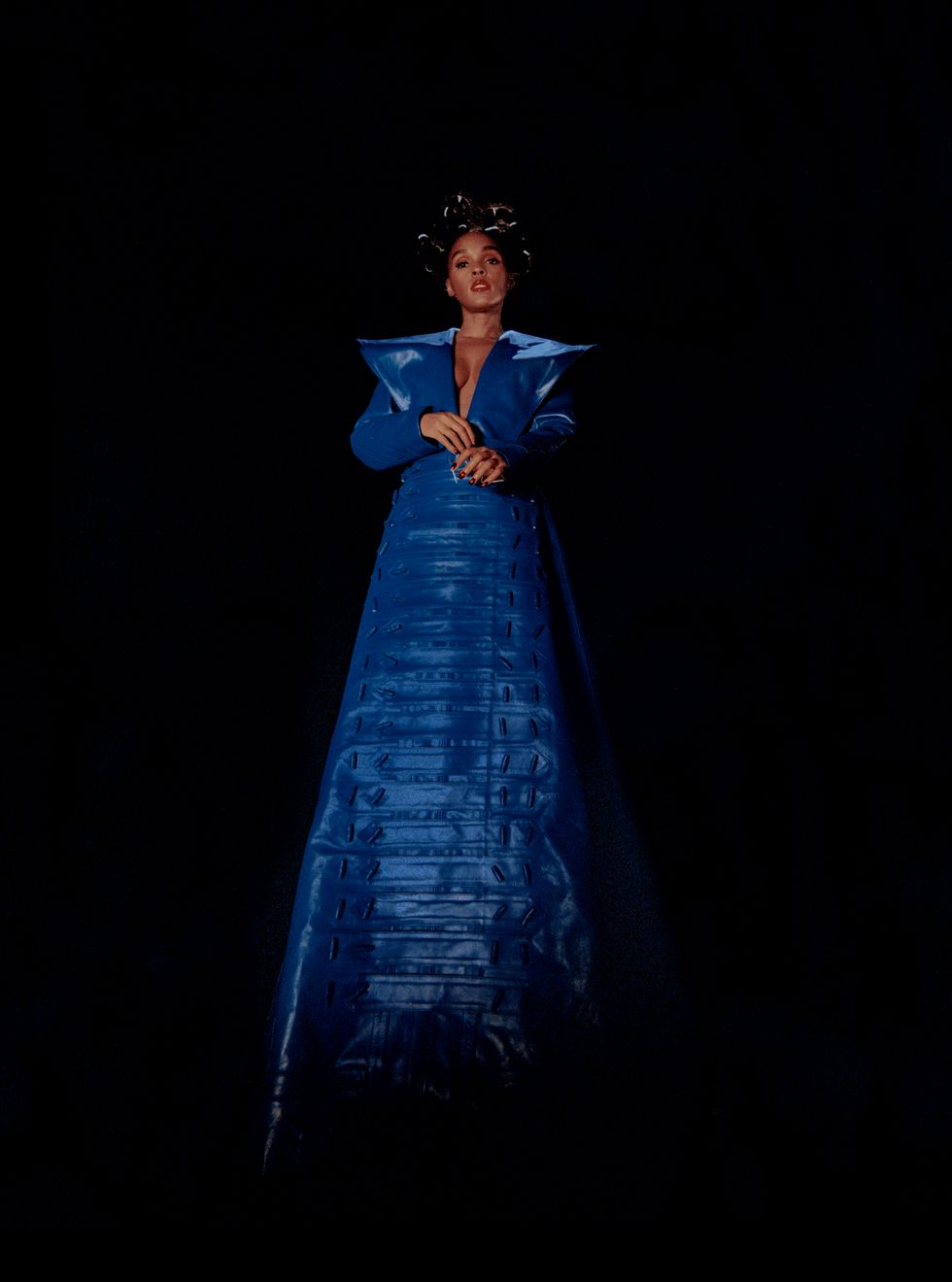 But it isn't these accolades that make Monáe proud. In fact, it was her choice to do something scary, to take a risk and tell the truth, and thankfully that resonated. "I'm just happy that my personal story has also been personal stories for so many other people. There's so many young people who grew up in the South or Baptist families, who were told that they won't be accepted by Christ. They can listen to this album and feel hugged. They can feel loved. They can feel seen. They can feel heard. That's the most beautiful thing." Monáe's fans were not just able to find parallels with her journey, but able to find validation in being "dirty." With this album she extended an open hand.

"Folks who are not comfortable speaking out about your sexuality publicly, we see you and you are valid and you matter."

Right before dropping Dirty Computer Monáe came out as pansexual in Rolling Stone, calling herself a "free ass motherf*cker." She reinforced that notion with songs like "Make Me Feel," "Crazy, Classic, Life," and "Django Jane." She solidified it every time she championed free gender expression with her clothing, and drove home the point when her boob winked at us this past Met Gala. Monáe is so exceptionally herself, so sacred in her skin, which shines not only through her music but in her powerful roles in 2016 films Moonlight and Hidden Figures Her character in Moonlight, Teresa, a pseudo-guardian to the young, Black, gay protagonist Chiron, sees many parallels with Monáe herself. She is strong, proud, protective, nurturing and poised. But that wasn't always the case. 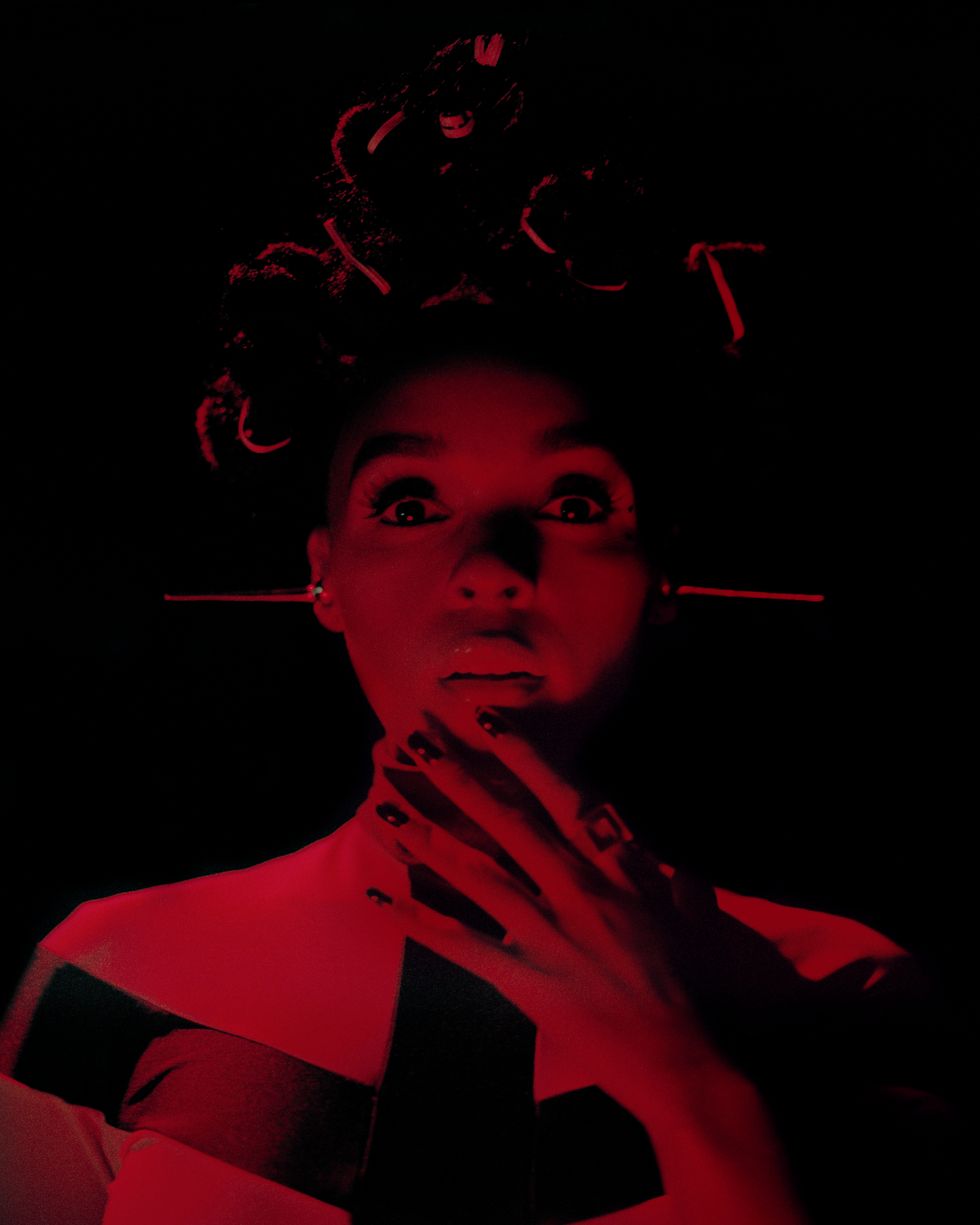 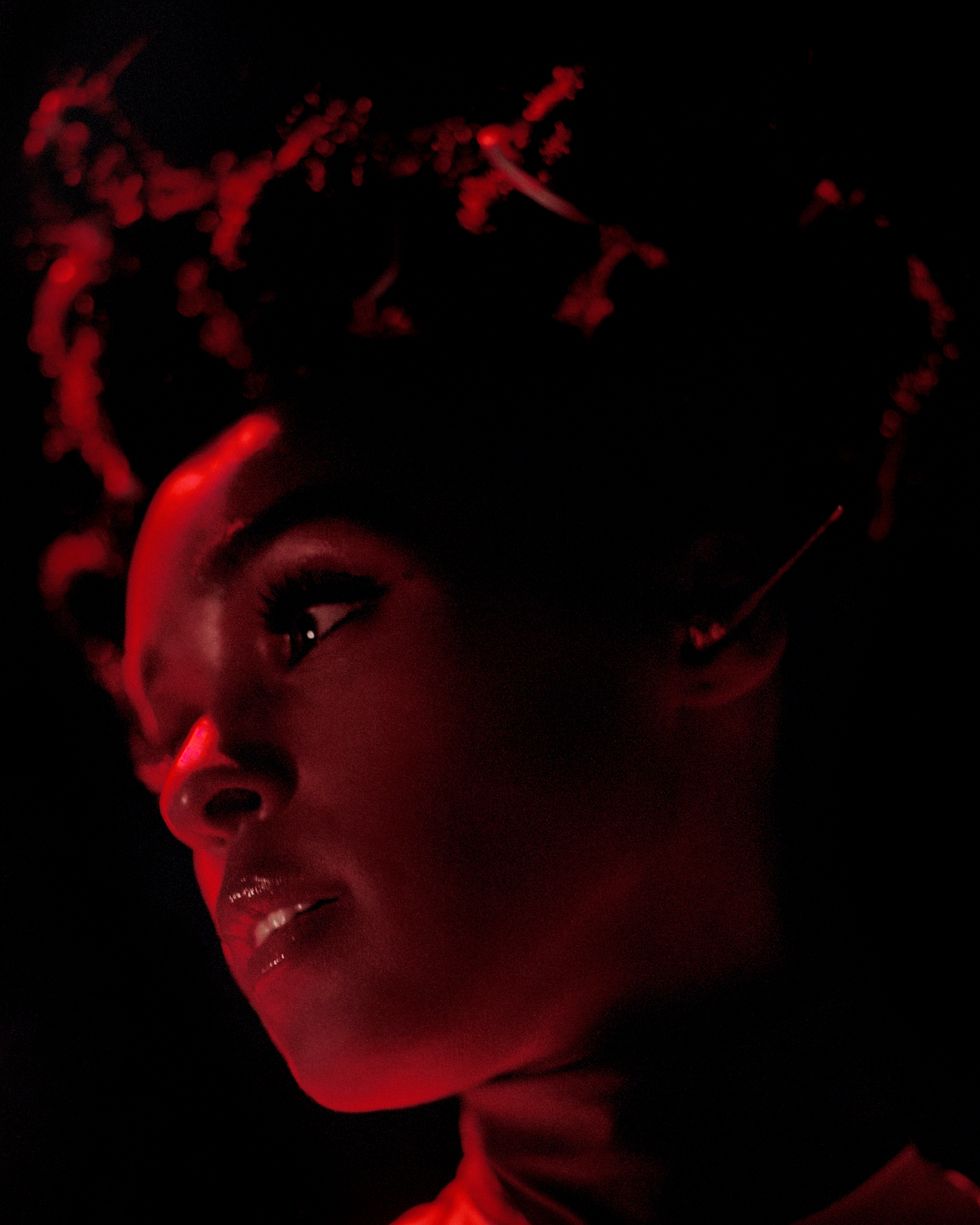 Monáe grew up in Kansas City in a Baptist church, with a Christian family and in shoes very different from the ones she walks in now. She remembers being quite young when she realized she was queer, and although the vocabulary wasn't there, the feelings were. "I was like eight," she remembers. "I don't think I actually knew how I identified. I knew that I was attracted to women, girls, men, boys. I knew that." Like many LGBTQIA+ people raised in more rural and religious areas, Monáe found it difficult to ask those questions without feeling ostracized.

"I've seen people get beat up because they were considered to be 'too feminine' or 'too masculine' for how they identified," she says. Some of those people were family friends, including a gay male friend of her aunt's, whom she watched be shunned from his community. "It was because of Black men who thought he was trying to come onto them, but he wasn't," Monáe says, "It was their own ignorance and insecurity and fear that led them to lash out. When I saw that..." her voice trails off. "To be a gay Black man, and Black men are like the 'heads of the households' and I'm a Black woman, this young kid. I thought, then it's really over for me." 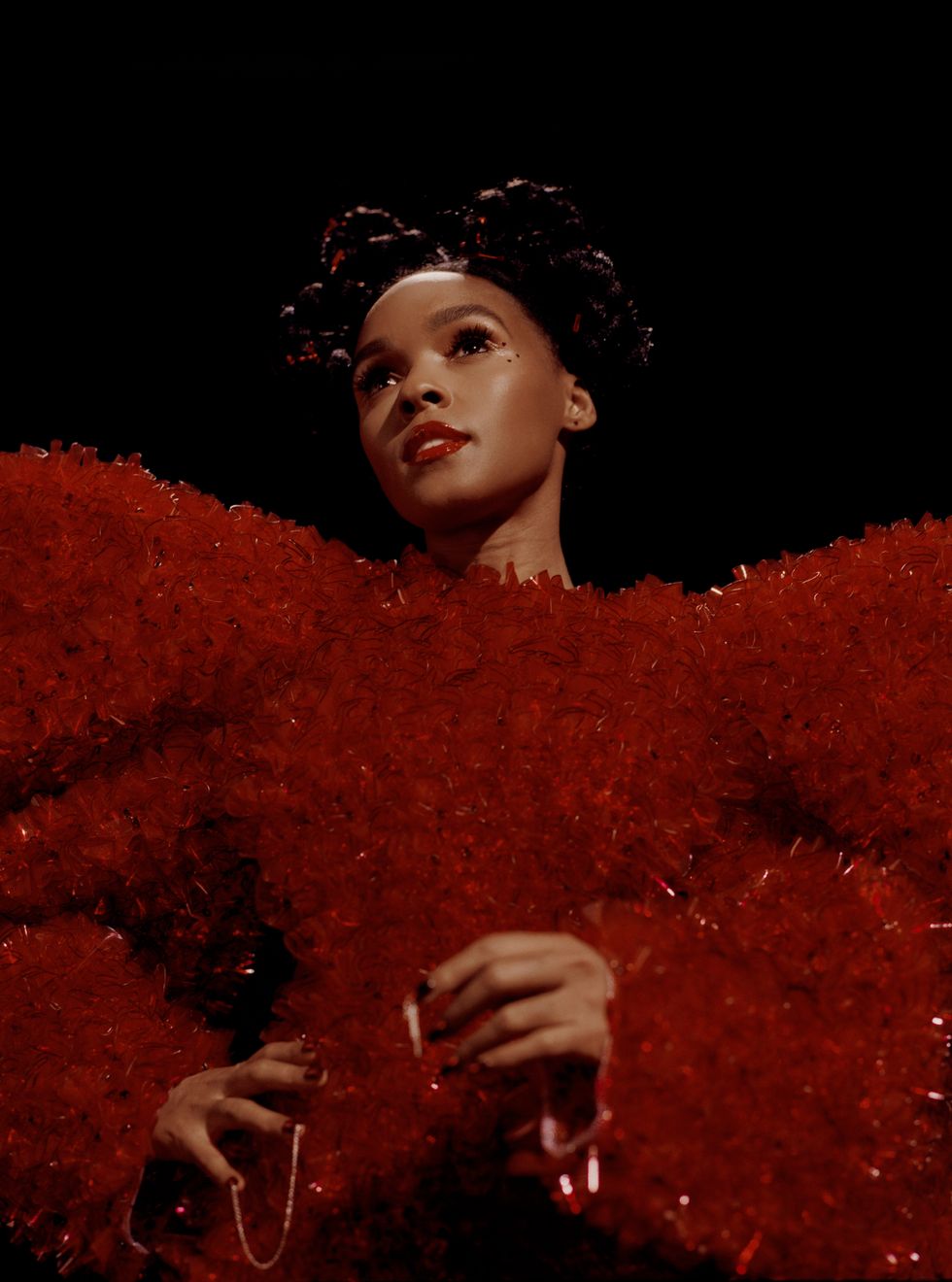 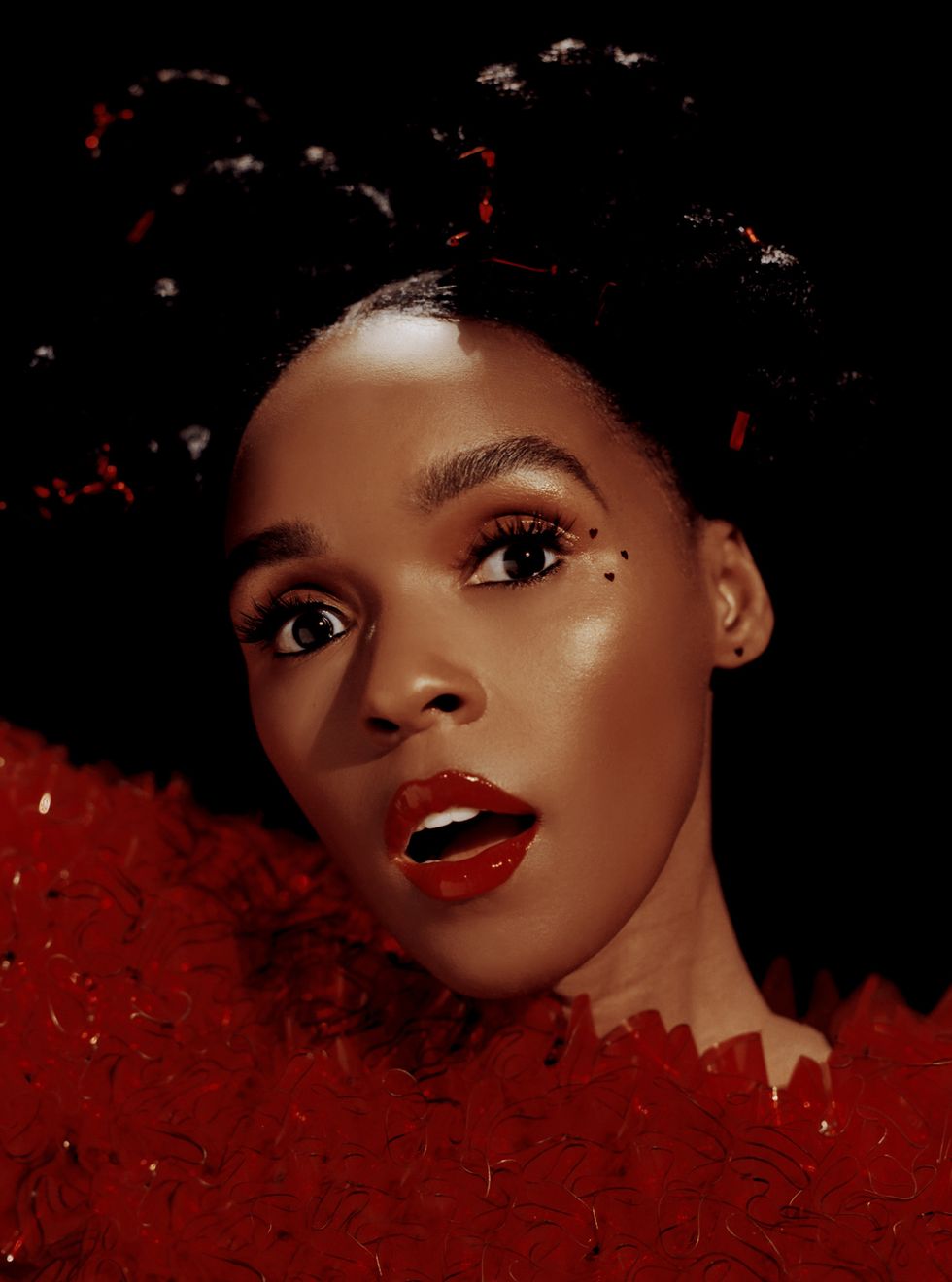 Imagining that side of Monáe's experience is difficult now that she's cultivated such a strong and specific voice around queer politics and gender identity. It's hard to imagine that side of her experience having seen her on her Dirty Computer tour last year, and having been part of the sea of voices in Madison Square Garden shouting "I'm dirty, I'm proud" back at her. Pride has become such a staple in her narrative and her art.

But this month it's all too easy to feel forced into living your most out and proud life, when for many that's actually much easier said than done. "We have to make sure that we don't pressure people to come out," Monáe says. "Everybody doesn't have the same set of circumstances. There are people, young people in particular, that will be cut off from their family, hanged or jailed if they walked in their truth. Folks who are not comfortable speaking out about your sexuality publicly, we see you and you are valid and you matter. We have to protect our babies, especially in the LGBTQIA+ community. We have to do better. "