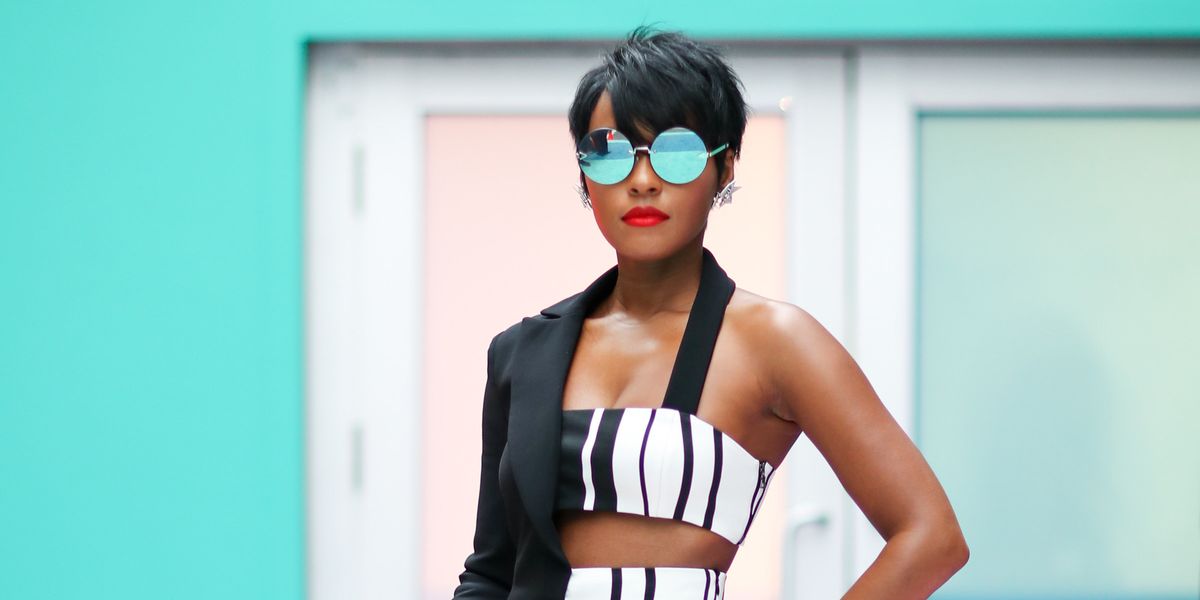 Janelle Monáe Embraces Her Multitudes In New Single "I Like That"

Following singles "Make Me Feel," "Django Jane," and "Pynk," Janelle Monáe has dropped another song, "I Like That." The song is off her upcoming album, Dirty Computer, which comes out on April 27th. It is the first single that doesn't have an accompanying music video, but the album in its entirety will be released with a film, Pitchfork reports. Previous videos have been gorgeously styled — in her recent "Pynk" video, Monáe wore vagina-shaped pants, flowers, and boxy, geometric dresses in a dusty, rose-tinted desert.

"I Like That" spotlights Monáe's smooth, winding vocals over a tiptoeing drum beat as she celebrates her multifaceted personality. She sings, "Walking contradiction/ Guess I'm factual and fiction/ A little crazy, little sexy, little cool/ Little rough around the edges but I keep it smooth." She ends the song by recounting specific memories of being bullied, ultimately concluding that she's always known that she's amazing despite her peers' unkind words.

Listen to the song below: