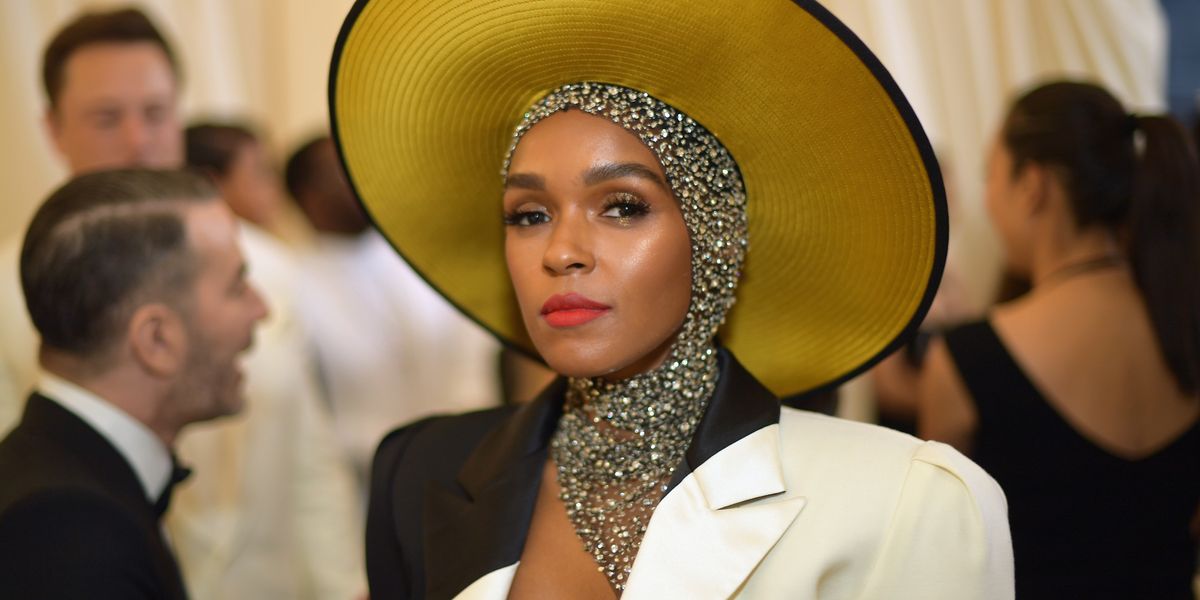 Janelle Monáe Opens Up About Her Coming Out Experience

Last year, Janelle Monáe came out as pansexual in an interview with Rolling Stone. Now, Monáe is opening up about the coming out experience itself via a conversation with Lizzo for them.

Though she said she was "terrified" and anticipated people thinking it was a "publicity stunt," Monáe says she was pleasantly surprised by the positive response she received.

"I thought I wasn't gonna be able to go back home and be at all the barbecues," she said. "I had anxiety. And a lot of it was just untrue. It was my fear of what people were gonna say. And I'm thankful that I didn't allow that fear to get in the way of my freedom."

@them thank you for existing . Thank you for having me on the inaugural cover . Interview by @lizzobeeating I love you . Special thank you to the artisans: @frenchgold @solangefranklin @nikkinelms @jessicasmalls @shespolished Link in bio .

Not only that, but Monáe also took a moment to outline her philosophy on sexual identity, describing it as a "journey" that has led her to discover, evolve, and grow over the years.

"That's the exciting thing — always finding out new things about who you are," she continues. "And that's what I love about life. It takes us on journeys that not even we ourselves sometimes are prepared for. You just adapt to where you are and how you've evolved as a free thinking person."

Monáe also goes on to talk about how making Dirty Computer helped her talk about her sexuality.

"There were just conversations that I had to have with myself and my family about my sexuality and the impact that speaking honestly and truthfully about it through my art would have," Monae said before explaining that she grew up going to a Baptist church in a very small, Midwestern town. "To be anything other than heterosexual is a sin in that community, and growing up, I was always told I'd go to hell if I was. There was a part of me that had to deal with what that meant."

That said, Monáe ended up seeing a therapist and was able to figure out how to "have conversations with myself and the folks that love and care about me." And though they may not get what exactly it means to be queer, the artist said that she "had to" share her truth — especially if her speaking up helped others.

These photos of Janelle Monáe are the only things that matter today. Ok bye. pic.twitter.com/7FkhwMfqkY

"I'll also add that it wasn't like I wanted to even make it a declaration," she continued. "I knew that by being truthful through my art, people were gonna have questions, and I had to figure out a way to talk about it."