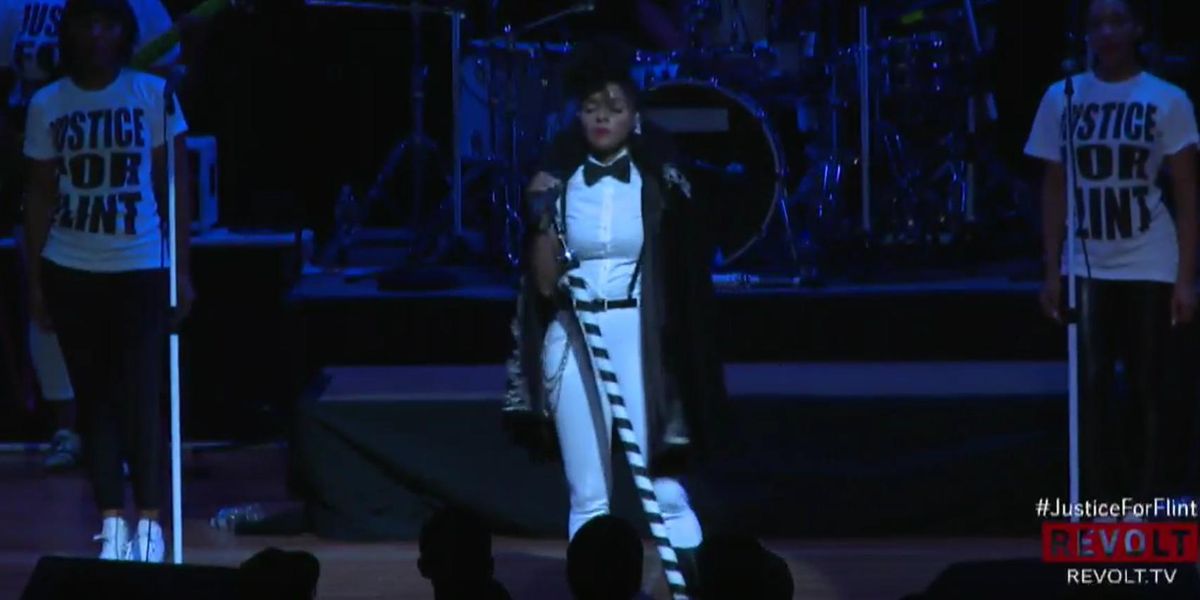 In lieu of the Oscars last night, a contingent of prominent entertainers, including Janelle Monae and Stevie Wonder, took to the stage in Flint, Michigan to raise money for those affected by the water contamination crisis.

Organized in part by Ava DuVernay and Creed director Ryan Coogler alongside activist group Blackout for Human Rights, the aptly dubbed #JUSTICEFORFLINT benefit event raised over $145,000 -- though it's important to note that the event was a celebration of Black History Month rather than a snub at the Oscars.

"With the #JUSTICEFORFLINT benefit event we will give a voice to the members of the community who were the victims of the choices of people in power who are paid to protect them," Coogler explained to BuzzFeed ahead of the event. "As well as provide them with a night of entertainment, unity, and emotional healing."

Watch a replay of the event below, including Monae's knockout performance, courtesy of Revolt TV.