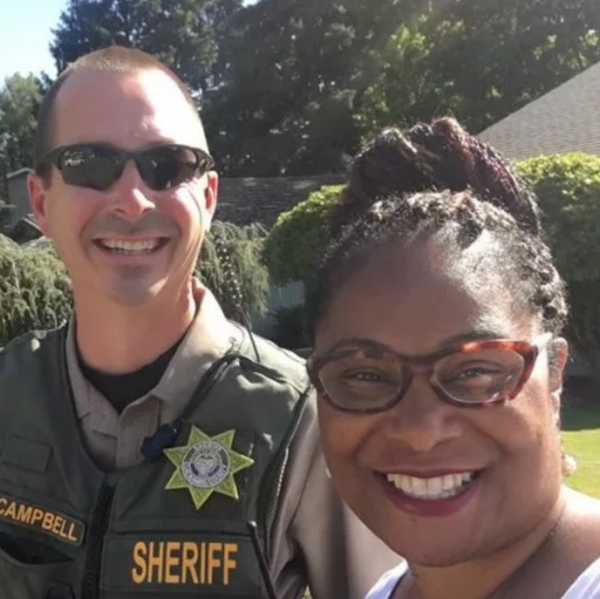 Someone Called the Cops on a Black Legislator for Canvasing

In recent months, numerous instances of racist people calling the cops on black people have gone viral, though, of course, they are not new occurrances.

In May, a student at Yale called the cops because a black student was taking a nap in her dorm's common room. That same week, Donisha Prendergast, Bob Marley's granddaughter, was racially profiled while moving out of an Airbnb. A woman also called the cops on a black girl for selling water, and most recently, a woman called 911 because Representative Janelle Bynum, a black legislator in Oregon, was canvassing in her district.

Bynum is running for a second term in the House of Representatives this fall, so she was meeting with constituents and taking notes about her interactions on her phone. According to The Oregonian, someone saw her and called 911, reporting her for "appearing to spend a long time at houses in the area and appearing to be casing the neighborhood while on her phone."

When the officer arrived, he agreed to facilitate a phone call between Bynum and woman who had reported her. That woman apologized, but claimed that she called 911 "for the safety of her neighborhood," though Bynum wasn't doing anything wrong. Bynum says she wishes the woman had tried contacting her or talking to a neighbor before calling the cops.

As Bynum told the officer, interactions with the police can be very dangerous and traumatic for black people, who face disproportionately high rates of police brutality.

Bynum said, "We all know that we're not in a society that is perfect, and we have wounds that still need to heal, but at the end of the day, I want to know my kids can walk down the street without fear."