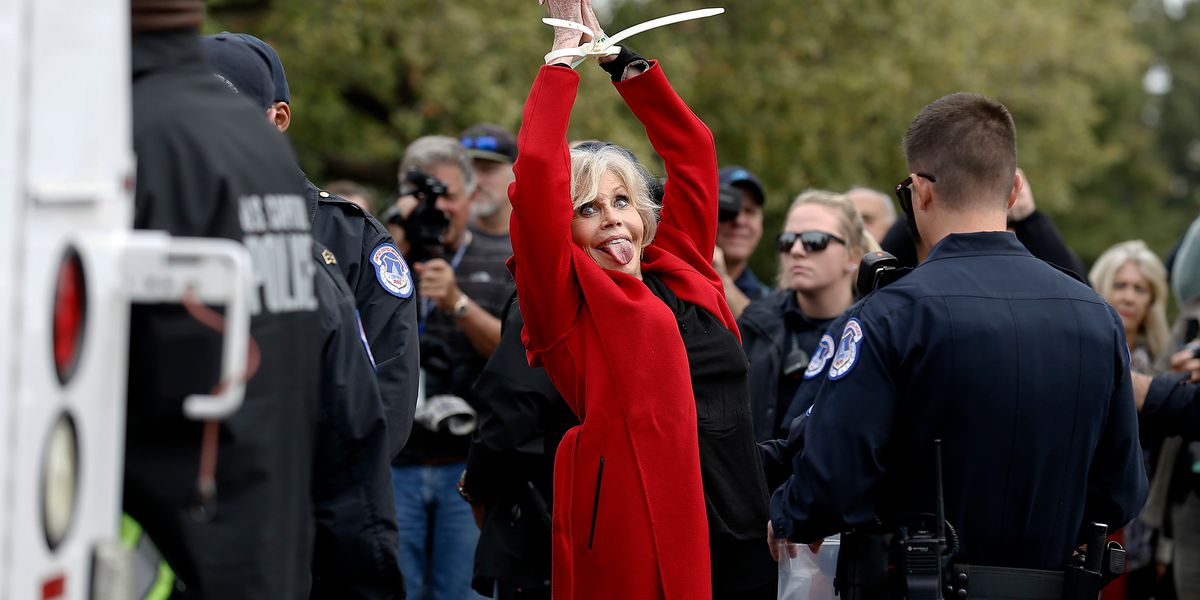 This year, the British Academy of Film and Television Arts in Los Angeles decided to honor Hollywood icon Jane Fonda with the Stanley Kubrick Brittania Award for her excellence in film. But the actress wasn't able to make it to the actual awards show on Friday night, because she got arrested earlier while once again fighting the good fight at Fire Drill Friday.

Among those who were handcuffed and brought downtown in Washington, D.C. was The Good Place star Ted Danson.

On the eve of the awards, audiences were unexpectedly treated to a speech taped by Fonda receiving her award. In the video, she said, "I'm so honored. I can't even believe it. I'm so grateful. It's thrilling and I'm sorry I'm not there, but as you may have heard, I've been getting arrested. I decided I need to do more about climate change. And so I moved to DC for four months, trying to heighten the sense of urgency that there needs to be."

After that, the video cut to footage of Fonda being arrested, and shouting at the camera saying, "Thank you BAFTA. BAFTA, thank you for the Stanley Kubrick award for excellence in film. I'm sorry I'm not there, I'm very honored."

This is Fonda's third consecutive Friday arrest while protesting for government action to address the climate crisis. And as Fonda told CNN in an interview, she vows to do so every Friday from hereon out.