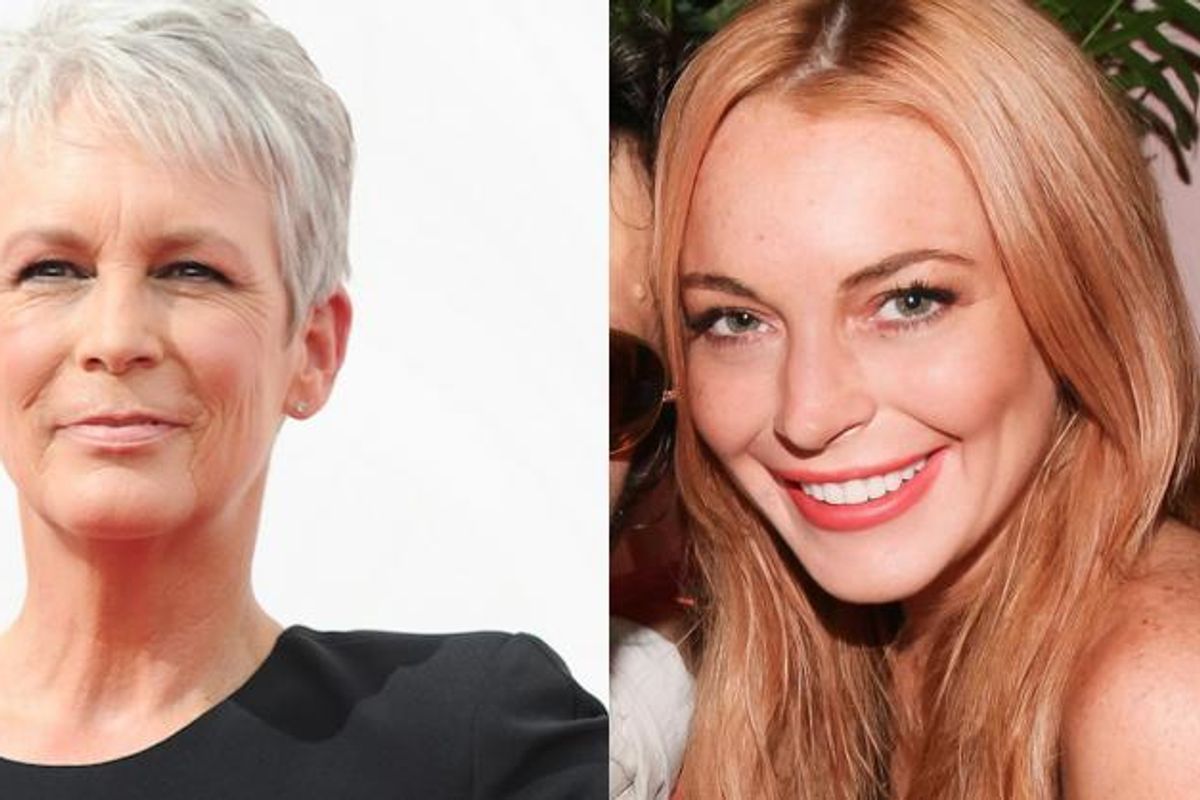 American treasure Jamie Lee Curtis spoke to Entertainment Tonight at a Los Angeles gala this weekend, in last week's defense of her on-screen daughter, Lindsay Lohan (FREAKY FRIDAY, HELLO!) in the wake of an unearthed Trump interview on Howard Stern, from 2004, where he made derogatory comments about the star.

Speaking about Lohan's early issues with addiction and legal problems as a result of it, Trump said Lohan (just 18 at the time) was "probably deeply troubled and therefore great in bed."

Being the regal icon she is, JLC reached out to Lohan, and confirmed to ET that while the actress was rightfully hurt by Trump's unparalleled sexism, she was rising above it.

It was incredibly disturbing to hear someone that is up for the [presidency] of the United States talking about a teenage girl in the way that he did. It was disgusting and she deserves people's support.

She went on to criticize Trump for using Lohan's personal problems against her in that way, stating, "How dare anyone, let alone a man in that position, make comments like that when clearly she was having difficulties in her life."

Jamie Lee praised her former costar for her recovery, and raising awareness for the Syrian Refugee Crisis, adding:

She's doing beautiful relief work with children in Syria. She's in Athens right now. She is doing very well. I'm sorry that we all had to hear that and, then again, maybe it was helpful that we all heard it.

She explained the statement again, at the gala, going further into just how disturbing Trump's comments were:

He was talking about a young girl who was in trouble and making lewd, sexual conquest-y remarks. I'm not running for office, nor am I a prude, but what he was saying was vile because he was saying he would take advantage of her in her condition, in her youth and difficulty — and you tell me one teenager that any of you know that hasn't had some difficulty. It upset me, and I merely said something about it.

Right now, Lindsay is choosing to focus on the positive things happening in her life and has decided to disregard the comments made about her by presidential nominee Donald Trump. She is focusing on helping children around the world in need and that's where her passion is.

Over the weekend, the actress appeared at the opening of a new Athens, Greece nightclub, named in her honor, which she is a co-owner of; Lohan told press the club's inauguration was a celebration of Greece in opening its borders to refugees fleeing the bloodshed in war-torn Syria over the past few years.