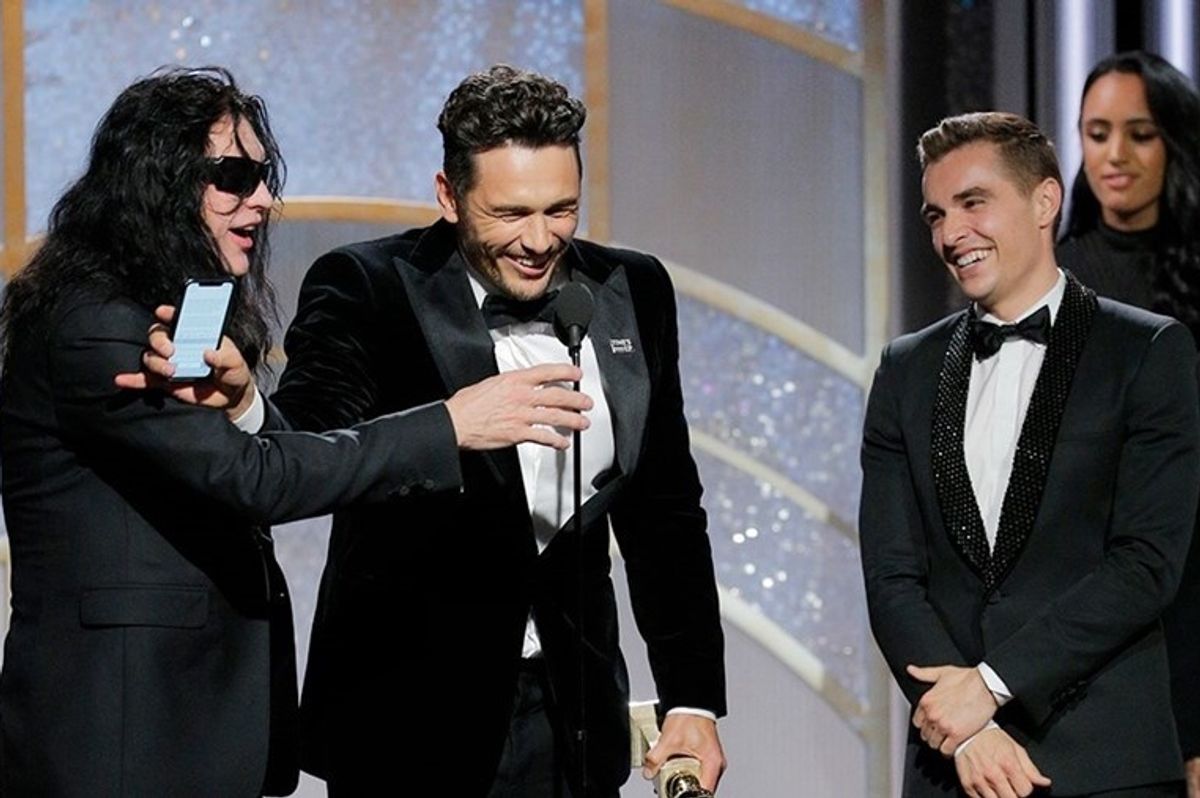 It was the moment that launched one of the biggest debates to emerge from the Golden Globes post-mortem: James Franco brought The Room director Tommy Wiseau on stage, just to push him away from the mic.

You get it. It was Franco's moment to enjoy the praise of his peers over a movie he made likely only to stand on that very stage and enjoy the praise of his peers. Forcing Wiseau away with the back of his hand, Franco dismissed the film's entire purpose and premise that he had so often reiterated in interviews, that The Disaster Artist was a true homage to the vision of a eccentric, determined (albeit often misguided), auteur. Franco, showed the entire world his real attraction to The Room was that he found a character difficult enough to emulate that it would serve as evidence he can indeed "act."

Not to mention the fact the actor also used his time on stage for yet another Wiseau impression, as the director stood right next to him, but thankfully the latter was not to be further silenced. Instead, he told The Los Angeles Times what he intended to say — and it would've been worth 15 seconds of Franco's time.

"If a lot of people loved each other, the world would be a better place to live," he told the publication. "See The Room, have fun, and enjoy life. The American Dream is alive, and it's real."

Wiseau also spoke on the Franco duos' talent (never forget James also used his speech to compare he and brother Dave to the Coen brothers), which he was clearly impressed by:

"He did such a great job, talking as a director and an actor. I think he make a big effort, which sometimes from the outside is extremely difficult to understand that. He did good with accent. His brother Dave did good as well. They really studied character. But he doesn't know how to throw football, that's for sure!"

I really would have liked it if James Franco let Tommy Wiseau speak. The Disaster Artist is about outsiders believi… https://t.co/HRbHBdXx8K
— Greg Morelli (@Greg Morelli)1515377745.0

Congratulations to James Franco, and good luck for the rest of award's season.