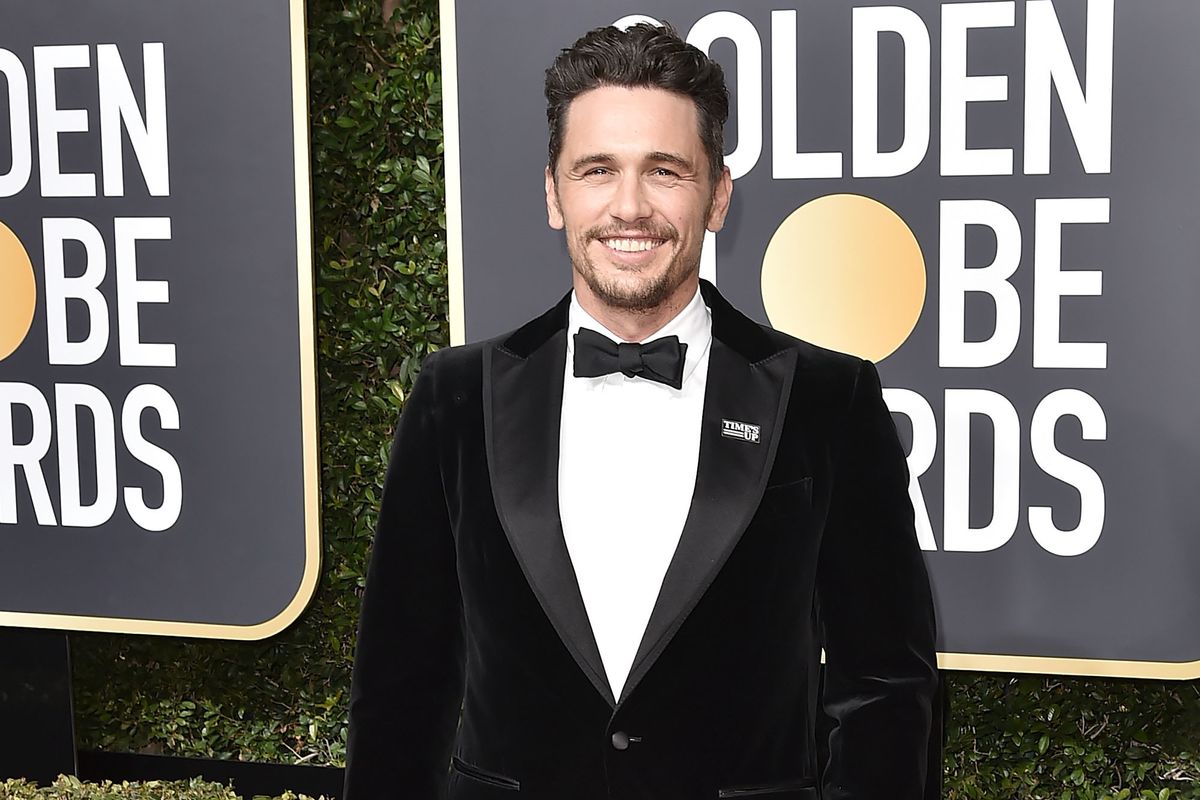 During the Golden Globes, scores of women in Hollywood dressed in black to show solidarity with sexual assault survivors, in addition to speaking praise to the Time's Up movement, which is putting the axe on abuse of power in entertainment. Many men similarly wore black, in addition to donning Time's Up pins.

One such man was James Franco, who won the Globe for Best Actor for his role in The Disaster Artist, the remake of cult so-bad-it's-good 2003 film The Room. Alongside the Globe's broadcast, another conversation was happening on social media. Breakfast Club actress Ally Sheedy said in a series of now-deleted tweets, "James Franco just won. Please never ask me why I left the film/TV business." (Franco directed Sheedy in an Off Broadway production of The Long Shrift in 2014, but she hasn't furthered clarified her comments).

Others went on to reference the time that same year that Franco tried to meet up with a 17-year-old girl on Instagram after meeting her outside his Broadway show Of Mice and Men, offering to rent a room in an exchange the teen published online. Franco apologized for his actions on Live With Kelly and Michael, saying he was "embarrassed" and that "social media is tricky."

Whatever I still remember James Franco trying to pick up a teenager on Instagram
— Jessica Valenti (@JessicaValenti) January 8, 2018

James Franco admitted to attempting to get a 17 year old to go to his hotel room. Everyone who is saying someone "claimed" that it happened is apparently missing that? He. Admitted. That. He. Did. This. This video is so frikkin cringe. https://t.co/hhH3kuzjkf pic.twitter.com/7h5i6PbpKX
— Hank Green (@hankgreen) January 9, 2018

There's more, though. Since the Globe's broadcast, women have continued to come forward with their own stories and comments about Franco:

Hey James Franco, nice #timesup pin at the #GoldenGlobes , remember a few weeks ago when you told me the full nudity you had me do in two of your movies for $100/day wasn't exploitative because I signed a contract to do it? Times up on that!
— Sarah Tither-Kaplan🌈 (@sarahtk) January 8, 2018

Cute #TIMESUP pin James Franco. Remember the time you pushed my head down in a car towards your exposed penis & that other time you told my friend to come to your hotel when she was 17? After you had already been caught doing that to a different 17 year old?
— Violet Paley (@VioletPaley) January 8, 2018

everyone in town knows that james franco is a creep and that stories about his behavior were about to break. the hollywood foreign press knew it too but gave him an award anyway.
— Katy Stoll (@katystoll) January 8, 2018

There's going to be another Powerful Hollywood Man accused of something grotesque, and the most recent Getty photo of him will be from tonight, with his Time's Up pin on
— Margaret Lyons (@margeincharge) January 8, 2018

Franco has already been criticized for blocking Tommy Wiseau, whose life and work The Disaster Artist was about, from speaking after bringing him up on stage at the Globes. Not a great day to be a Franco fan.