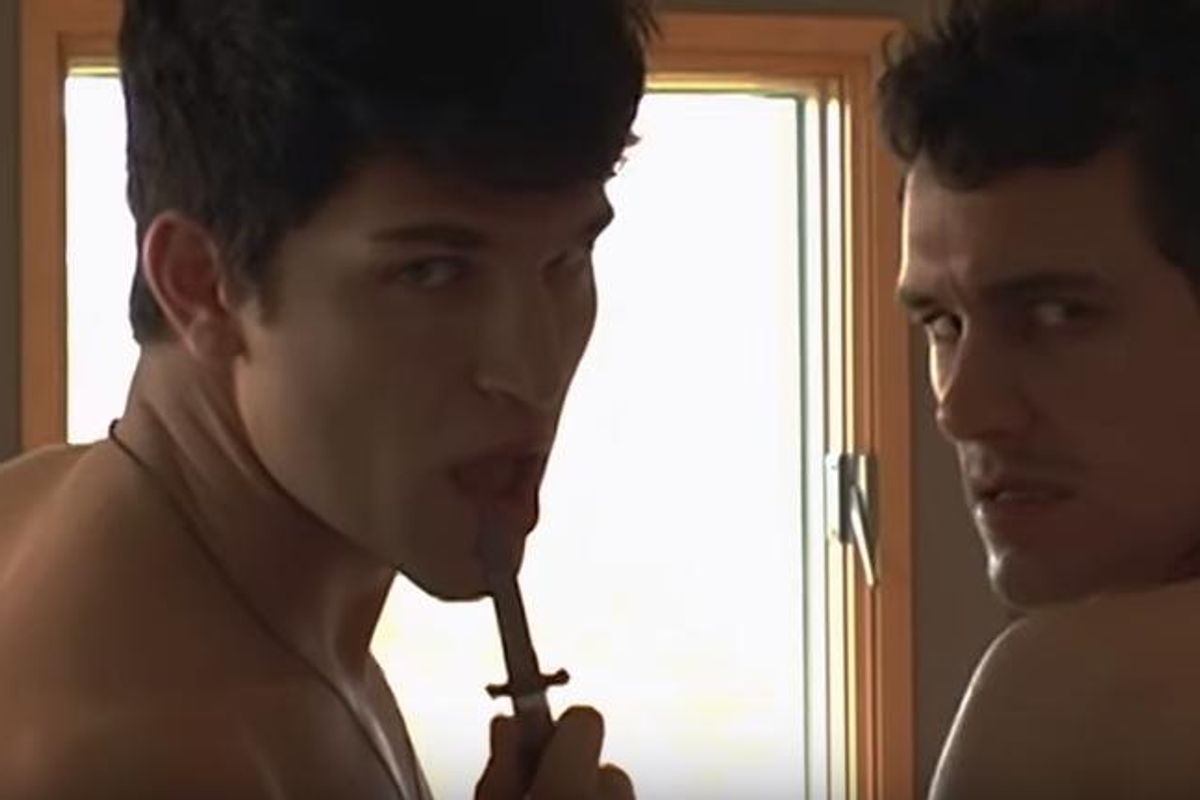 James Franco's new (and very well-received) indie thriller King Cobra has been unleashed onto the web.

Franco seems to be channeling his Rif Raf proxy from Spring Breakers, mixed with some Whey protein, masc4masc horror.

"NO LITTLE BITCHES!" He and his partner in crime repeat throughout the clip.