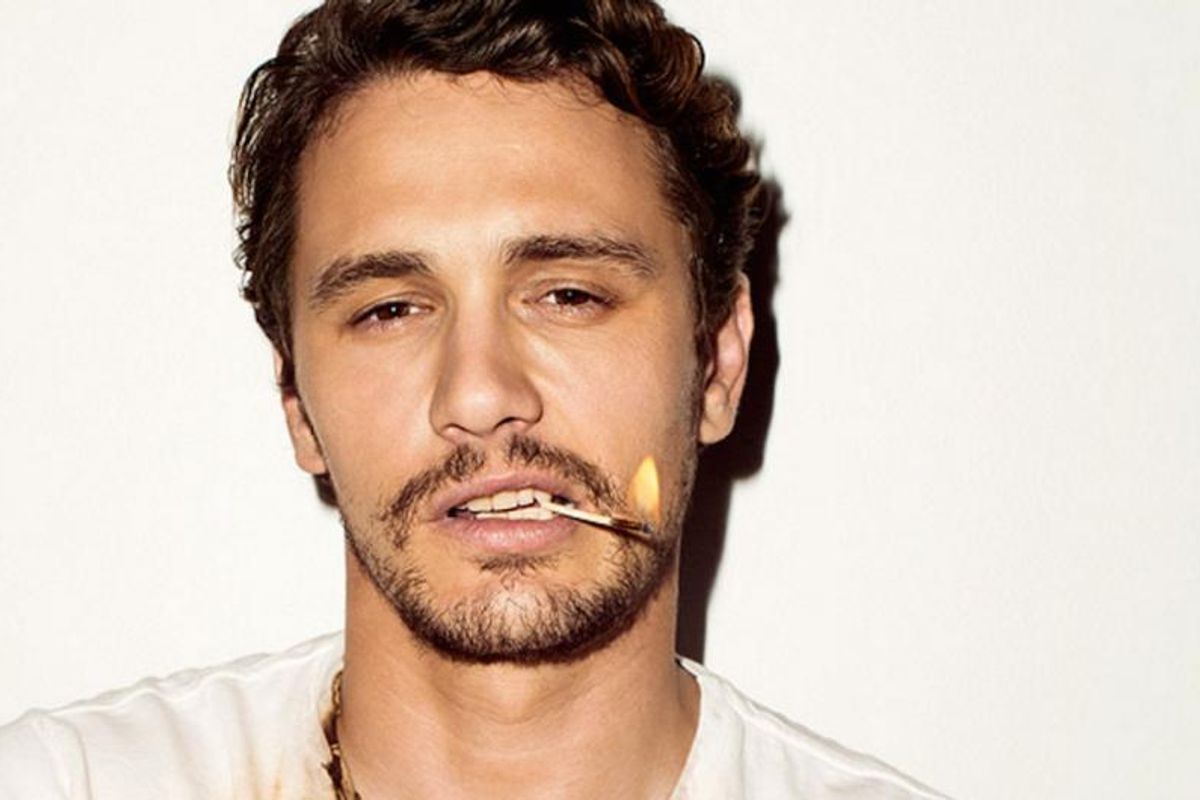 James Franco's Lifetime Remake of 'Mother May I Sleep With Danger?' Is A Lesbian Vampire Story

James Franco's remake of the NBC made-for-TV cult classic Mother May I Sleep With Danger? has finished shooting, and will be out June 29th.

New details, however, show a significant diversion in plot.

Vulture has confirmed that Franco's take on the melodrama will be a lesbian vampire love story.

Tori Spelling will play the titular mother, Julie; the mother of the character she played in the original, twenty years ago...

...while Leila George will play her endangered co-ed daughter, Leah.

Leah, a theater major at college (of course) brings home her new girlfriend, Peal (Emily Meade), to her parents; Julie's initial suspicions of her new daughter's new love come true when its revealed that Pearl is an undead, blood-lusting immortal.

Franco has been forthright about how campy he intended his installment to be.

He spoke on how the concept behind the absurdly wonderful Kristen Wiig/Will Ferrell Lifetime original A Deadly Adoption last year influenced him greatly.

Ferrell, in fact, told the actor/writer/filmmaker/producer/poet/musician/wind-chime that his bizarre and 'sure, why not' stint on General Hospital a few years back motivated him to get Deadly Adoption off the ground in the first place.

While I'll probably just watch The Hunger instead...

...props for whatever the creative schlock hell this is going to be.