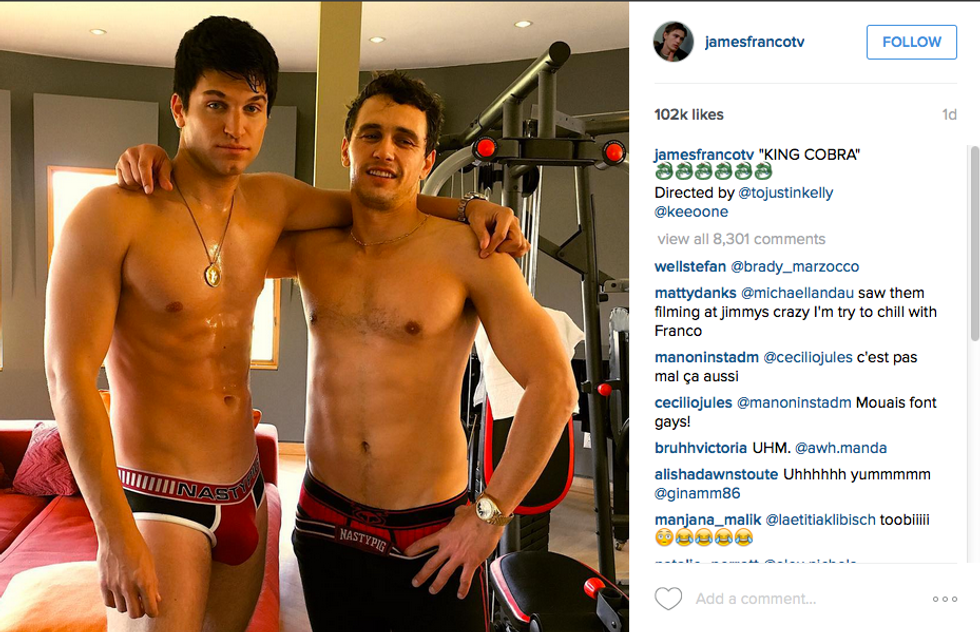 Corrigan was involved in a legal suit with Kocis when he was killed; Cobra alleged they owned the rights to his name, and also sued Corrigan (real name Sean Lockhart) for lying about his age when he began work for them (he was under 18).

Of course Franco would be involved with this.

Franco has a long history of playing (and baiting) gay, from Milk to the indie I Am Michael (which is also directed by King Cobra's Justin Kelly).

In 2013, he co-directed the short Interior: Leather Bar, a fictionalized depiction of the last 40 minutes of William Friedkin's 1980 thriller Cruising with Al Pacino, about a serial killer who murders gay men tied to the leather scene.

If anyone can figure out a way to power-fuck themselves without any external assistance, it will be James Franco.