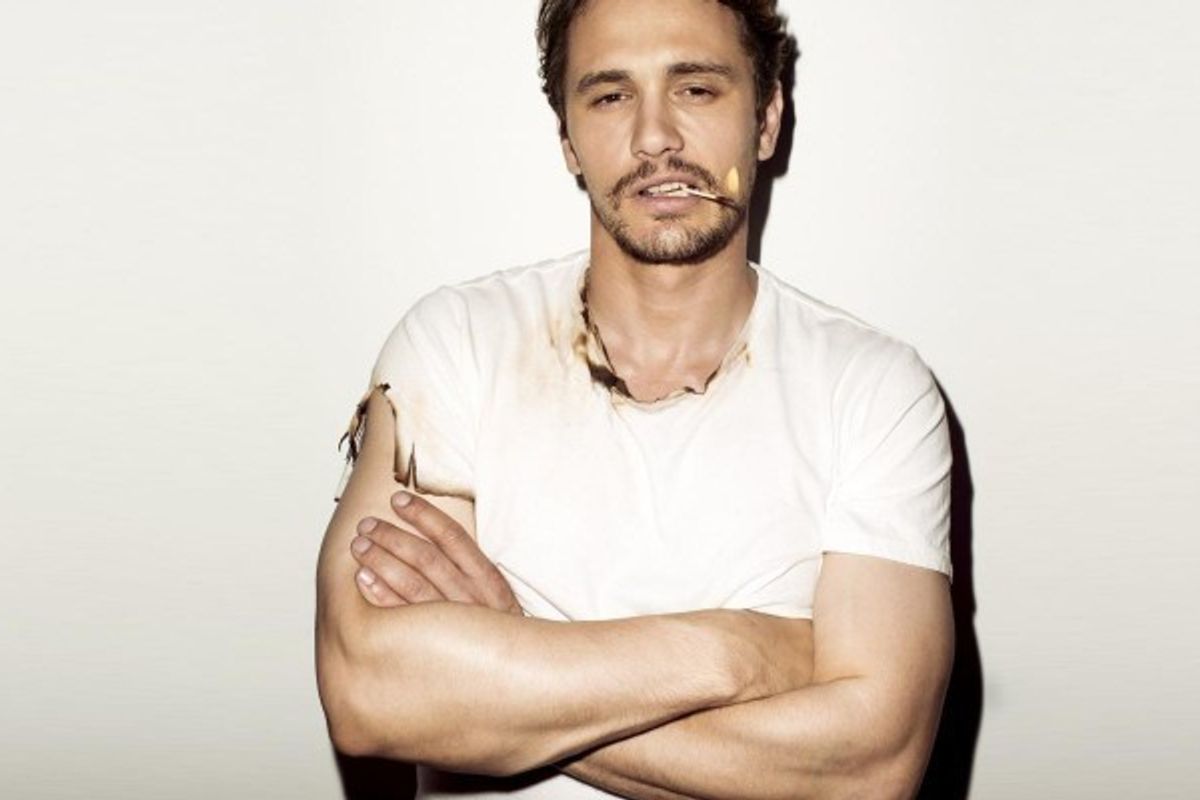 Listen to A New Track By Daddy--James Franco's Band

James Franco's Smiths-inspired shoegaze band 'Daddy' has premiered a brooding new song "You Are Mine" on Rolling Stone, featuring Andy Rourke--the original bassist for The Smiths.

Franco uses his lowest register to harmonize with his musical partner, Tim O'Keefe, over a new wavey synth and guitar, making for a foreboding, but sexy aesthetic.

Of the song, Franco told R.S., "High school is a time of longing for the unattainable. We dream big, but we're still too young to make anything significant happen. At least I was too immature and sensitive to be the person I wanted to be. 'You Are Mine' is about one teenager dreaming about another, even though they'll never be together."

"You Are Mine,"--as well as the other songs assembled on a section of Daddy's upcoming double LP called "Poems Inspired By Smith's Songs"--describe people Franco knew at Palo Alto High School, his teenage alma mater; the albums pairs up with his book of poetry Directing Herbert White: Poems.

As far as charlatans go, Franco has made a pretty awesome song; I admit this begrudgingly.