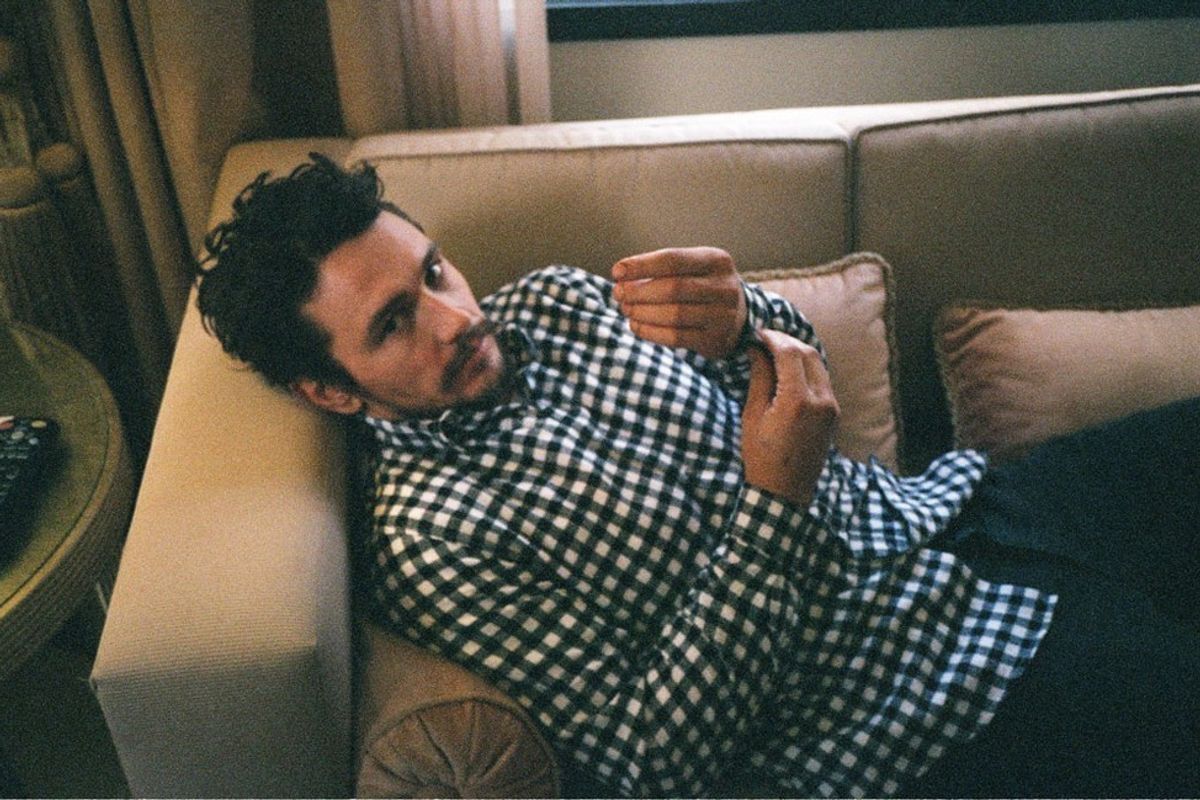 James Franco Says He's "A Little Gay" and a "Gay Cock Tease," But He Won't Sleep With Men

photo by Gia Coppola for PAPER

The interview--conducted by one of Franco's most vocal critics, Jerry Saltz--is full of head-banging-on-wall-statements from the Oscar-nominated try-hard, the most ugh moment, not surprisingly, came when Franco elaborated on his dumb sexuality:

There is a bit of overfocusing on my sexuality, both by the straight press and the gay press, and so the first question is why do they care? Well, because I'm a celebrity, so I guess they care who I'm having sex with. But if your definition of gay and straight is who I sleep with, then I guess you could say I'm a gay cock tease. It's where my allegiance lies, where my sensibilities lie, how I define myself. Yeah, I'm a little gay, and there's a gay James.

The way Franco smugly teases his perceived gayness feels transactional and; it makes the authenticity of his art far less credible, in case you didn't already think that.

photo by Gia Coppola for PAPER

It also completely undermines genuine sexual fluidity--Franco is queer when it's convenient $.

To sum it up best: