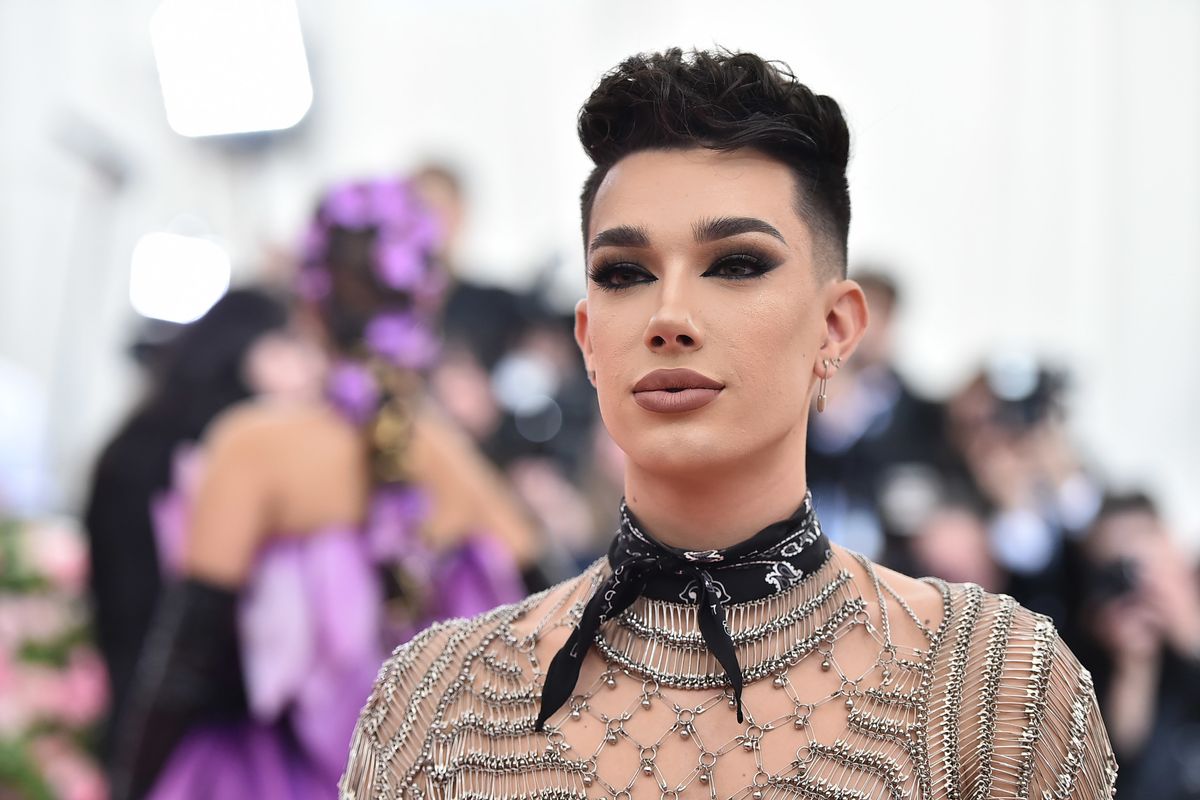 The long James Charles-Tati Westbrook saga isn't winding down anytime soon. After posting an eight-minute apology video addressed to Tati last week, the makeup blogger/ influencer has now come out with a 41-minute tell-all entitled, "No More Lies." In the video, Charles explains himself, and is taking out all his receipts since Coachella weekend.

First, he addressed the Sugar Bear fiasco that began the whole feud. Charles explained that the reason he endorsed Sugar Bear vitamins was because he couldn't get an "artist pass" — a step above the VIP passes available to the public — to the second weekend of Coachella. He decided to reached out to his friend, YouTuber Nikita Dragun, who he knew was being taken care of by Sugar Bear Hair.

"Despite what Tati said, this was not a big scheme that orchestrated beforehand," he said. With screenshots from his text message exchanges with Westbrook, he said he could not reach the beauty guru or her husband. He then issued a public apology via Instagram, and continued to make "countless attempts" to reach out after.

Charles also refuted Westbrook's claims that he did not promote her products, showing screenshots of videos and tweets in which he mentions Halo Beauty.

With regards to those accusations of the blogger abusing his power and sexually manipulating men, he responded,"I am a 19-year-old virgin. I have never and will never use my fame, money, or my power to manipulate or get any sexual actions from a guy. That is disgusting. That is not me. The fact that Tati brought this up blows my mind."

Charles then went on to explain the whole deal with the waiter from Westbrook's birthday, showing the full exchanges between him and his friends present during the meal, as well as the messages between him and Sam the waiter. He gave context to the "I'm a celebrity" quote, which Tati used against him, saying that it was an inside joke. He also showed that it was Sam who slid into his DMs, telling him he was bi. And when Charles had invited the waiter to his hotel room, you can see that Charles said, "You don't have to do anything [sexual]," when Sam expressed he was nervous. Long story short, he says, "Everything that happened in that hotel room was 100% consensual,"

Within the span of 41 minutes, Charles also addresses Jeffree Starr's video explaining how he is into "straight men." He says that he's since apologized to all the straight guys he has DM'ed. He also addresses Zara Larsson's comment about Charles commenting on her boyfriend's photo.

Charles uses the tail end of his video to tell his viewers that this drama has taken a toll on his mental health, and that he will be taking a break from producing any more videos for YouTube. "Having to read the hundreds of thousands of tweets and the YouTube videos and the articles about me and my character and my family, based on things that were almost all lies, like ... messed me up. It messed me up." he said. "It's becoming very concerning to me that as a society, we're becoming okay with guilty until proven innocent instead of the other way around."

Watch the whole vlog below.